A team of 15, with over half being women could usher a new era for the Greek Orthodox Community of South Australia if they get up in the December 11 election 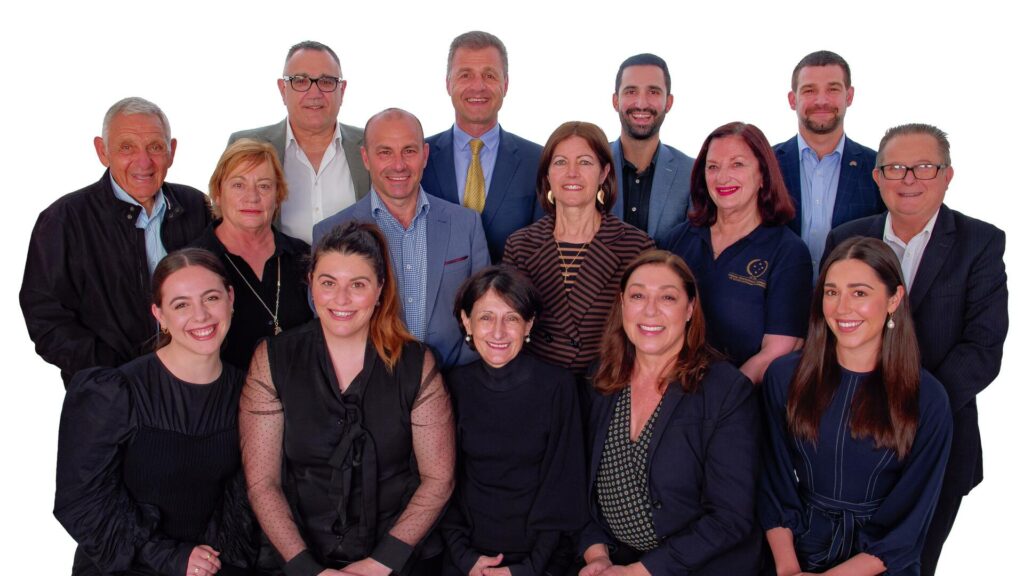 A group of 15, called Leading our Community and headed by treasurer Peter Gardiakos, is aiming to lead the Greek Orthodox Community of South Australia (GOCSA) after the general elections on Sunday, December 11 – if elected unopposed.

Mr Gardiakos emphasised his team’s gender equality; “We have eight women members and seven men and we want to engage with young people.”

The successful entrepreneur with a string of pharmacies under his belt, said that his people like his daughter, “a professional in her 20s is alienated by GOCSA as it is.”

Mr Gardiakos, who has been on the board of GOCSA for six years, says that “it is no secret that the Franklin Street community is dusty and tired. The Greek Community of Melbourne has a new 13 storey building, a major festival and a range of language and other programs, while GOCSA seems locked into the past.”

The head of the ticket said he saw what the Greek Community of Melbourne has done with the Cultural Centre, “and it’s amazing, a beautiful building, I cried from emotion, and we need to do the same here.”

“I will look to other models and adapt them to our needs; we want to grow and develop, and we will be open to good ideas wherever they come from,” Mr Gardiakos told Neos Kosmos.

The brawl with the Archdiocese which began in the mid-1950s and once made GOCSA one the most progressive community organisations, has over the last fifteen years hobbled its ability to move forward.

“Young people are tired of the bickering they want relevance,” Mr Gardiakos said.

Mr Gardiakos brandished his GOCSA credentials, “I grew up here, in Adelaide, my mum and dad came in 1959 they married in here [Franklin St Church] in 1961.”

“I remember going to the Olympic Hall as a child and then Greek school, I remember the dances and reciting poems, but as the pioneering generation pass away the younger generations have become less engaged, it’s due to the GOCSA’s lack of relevance.”

Mr Gardiakos said he sat with the GOCSA board “months ago and asked, ‘Where is our vision for the next five or ten years?’ And there was nothing.”

GOCSA is a 92-year organisation Mr Gardiakos said, and he wants it to be relevant for another 92 years.

“The old board work on a week-to-week, month-to-month, that’s not a vision, we need a vision that’s relevant for another 92 years, which is how old the GOSCA is,” Mr Gardiakos told Neos Kosmos.

One of the team looking to energise the Community, is Smaro Skordas. She has carved out a successful career as a flight attendant and was the former elected official of the FAAA, the flight attendants’ union. Ms Skordas’ connection to the GOCSA is historic and deep – her mother’s family the Savvas and Topalsavas clans were leaders in the organisation.

“I am deeply connected to this Community, my uncle Petro [Savvas] was a leader here, and I think to remain relevant, it’s important that we re-engage and re-connect with our young people,” she told Neos Kosmos.

“Greater engagement and collaboration with young people, and a greater focus on language, culture, the arts and exchanges with Greece were essential.”

“We need Greek cultural and education exchanges, like we used to have 40 years ago when our Greek young people would go over to Greece annually,” Ms Skordas said.

She also said that there has been little “engagement with the with the wider community.”

“There was no inclusiveness, there were no feelers out to say, ‘we’ve got these subcommittees and let’s get some skilled people from all areas to come in and help us grow as a community,” Ms Skordas said.

She called GOCSA stagnant and relayed how some time ago Ms Skordas went to Franklin Street and asked “How many members do we have?”

“I was told we have about 800 members, and that is with some new ones we energised, then I was told 10 years ago we had over 3000 members, but where have those people gone?”

Time is ripe for change according to Leading our Community, and if unopposed at the next general elections the new 15 people team may lead the Greek Orthodox Community of South Australia into a new era.

Neos Kosmos asked Peter Ppiros, the Secretary of GOCSA if he will be supporting the Leading our Community ticket at the upcoming elections. Mr Ppiros said that no decision has been made and that it will be discussed on Monday.

Neos Kosmos will report on any developments and the election next week.