A composition of songs, testimonies of refugees, blended with a scene from the play ‘Court of Miracles’ by Campanellis comes to life by the GCM Creative Drama and Arts group 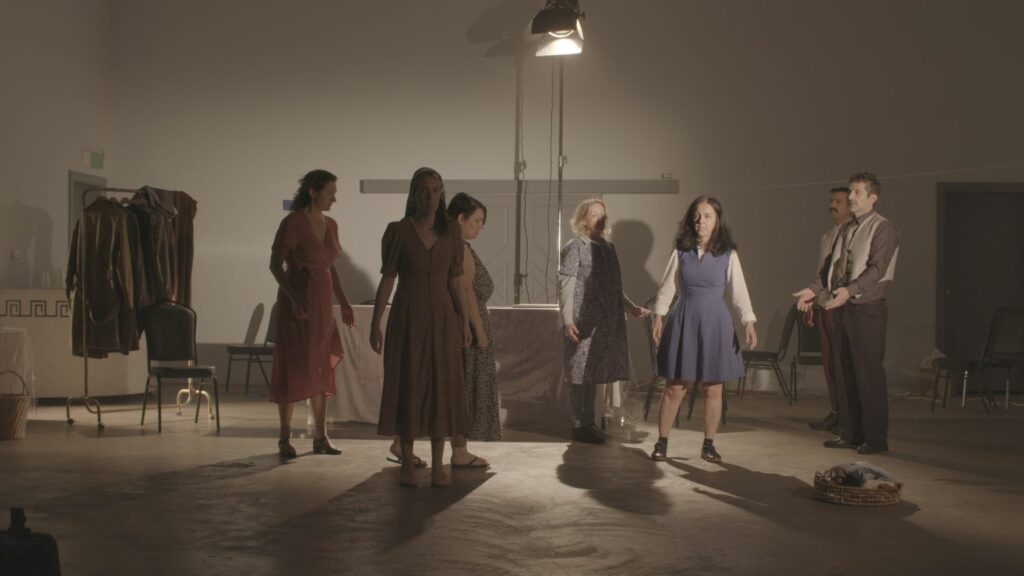 Members of the cast for Twenty Two. Photo: Supplied

Twenty Two. A number imprinted on our collective memory. No other moment in history has been connected in our ethnic consciousness with such harsh words: uprooting, catastrophe, refugee.

In spite of their losses, Asia Minor Greeks managed to turn them into hope bringing their abilities and talent to their new homeland through hard work and humility.

With them they also brought their wealth of soul, the customs, the music, the food, the way of life and centuries of civilisation.

Their stories have inspired the play Twenty Two (22), going up on stage on Sunday, 4 December at the St Dimitrios Church Hall in Prahran with the support of the Creative Drama and Arts Centre (CDAC) of the Greek Community of Melbourne.

Twenty Two, performed in Greek language, is a composition of songs, personal accounts of migration and a scene from Iakovos Kambanellis’ book ‘The Courtyard of Wonders’, directed by Jeremy Artis. Elli Papadimitriou’s iconic novel ‘The Common Reason’ and Dido Sotiriou’s ‘The Dead Are Waiting’ are also loaning the performance some strong, evocative themes.

“This is an ode to the Asia Minor Catastrophe, the immigration drama and the memories that must remain alive,” Artis tells Neos Kosmos.

“100 years on the stories are still relevant and contain lessons we need to draw from. At the time the Smyrna refugee crisis was the biggest one and it seems that the world is going through a similar phase. 22 is a symbolic number connected to an integral part of our collective history. Reality from 1922 to 2022 is not as far as we think it is,” Artis says.

“This is a three novel part performance. We have a part from the novels setting the tone at the time of the Asia Minor Disaster; actual testimonies of refugees and another storyline set in the 1960s in Athens, where migrants have to move from where they have settled, all supported with music and songs that bring those stories to life,” Artis explains. The performance will be followed by a Q&A session with the audience.

Artis, is the child of Greeks who emigrated to Australia, he was born here 34 years ago and was raised in Greece after his parents chose to return to their homeland. Four years ago, he himself took the plunge and moved to Melbourne to pursue different dreams and start over.

His connection to the Creative Drama and Arts Centre (CDAC) of the Greek Community of Melbourne began during lockdown, when in 2020 as part of a project for his film studies he started looking for Greek speaking actors. He got in contact with the Greek Centre’s Adult Group Drama class coordinator Katerina Poutachidou and the rest is history.

“I spent two days shooting with the group for my short film project at the time, and we formed a connection,” he says.

“Not long after I was informed that their facilitator was moving to Greece and they invited me to join the group. It has been an amazing journey. However, this performance, to me, has made this bond even stronger given that it is the first time we get to rehearse face-to-face since Covid. It’s a completely different experience.”

Indeed, the actors are giving a performance so deep that pulls not just their own, but everyone’s heart strings.

Even though for this play there is little room for improvisation as their main purpose is to be as true to the original novels and personal accounts as possible, their interpretation of the scenes comes from their soul. Hours upon hours of rehearsals, pulling on their ancestral immigration experiences has created a new dialogue on stage that animates each memory.

“Everyone has to be extremely present and alert on stage to create the moments that are meant to blow up with the essence of each story, the moments that will trigger emotion and make the audience relate. That requires deep connection with each other and in a way it’s a non-acting way of acting. It’s more experiential and personal; telling someone’s story through feeling it like it’s your own story,” Artis says. “It’s dynamic and intimate and the live music by Giorgos, Thodoris and Christina Athanasopoulos makes it even more potent.” 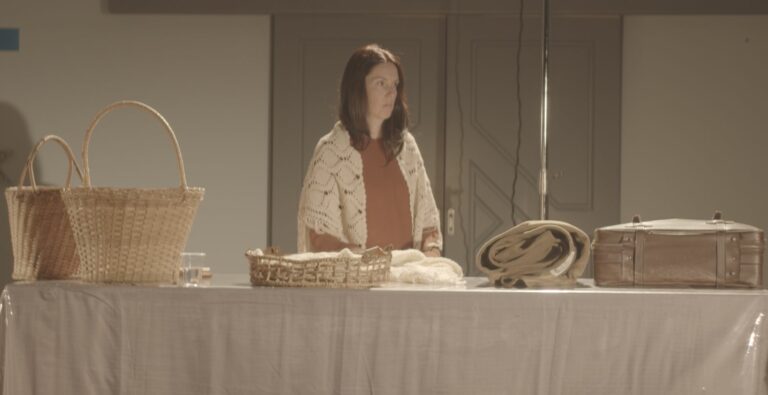 The St Dimitrios Church Hall adds to the experience, too. For Artis, the enclosed space has the power to amplify the experience and make the emotions shared in the Hall be felt on a deeper level. It makes relating to the characters’ stories almost inescapable.

“For this performance we decided to not perform at Fairfield and stick to the space where we had all of our rehearsals, the place that has connected with us already. It is not an open space, it is darker, like a box containing memories and moments and in it, we are all together. The Church Hall felt like the right container for this show.”

“The experience is part classic,” Jeremy adds. “We delve into the past and we have traditional period costumes. And part contemporary bringing us from the 60s all the way to today. It’s a good way for our community to connect to our nation’s past and somehow find themselves in the present.”

Artis and the cast all want the audience to be active in this performance. They want every spectator, every observer to also be part of the unfolding of the experience.

“We are being a bit romantic about it. The audience can sing along, they can exclaim and laugh and cry and feel like we are all part of a big community gathering together, paying our respects to those who struggled for us to enjoy the privileges we enjoy today.”

“All the profits from the ticket sales will be offered to Greek Australian families that have been hit by the recent floods. It’s a different kind of uprooting and loss but a catastrophe nonetheless. What our ancestors taught us is that we stand stronger together as a community and that what comes around goes around.”