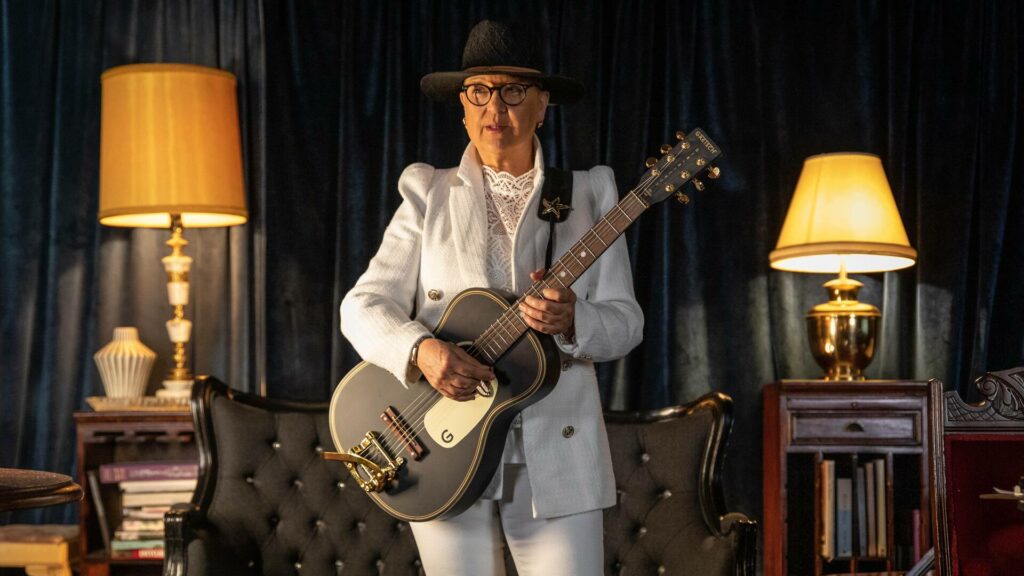 Kaliopi. Photo: Supplied by the artist

Georgina Tsolidis, a friend who shares my keenness for old school African-American blues and Rn’B music, recently put me on to blueswoman Kaliopi.

Kaliopi is a Melbourne-based Greek-Australian Blues Artist, guitarist, and singer-songwriter who draws on the great blues tradition and the powerful blues women who made it their own.

After having an initial look around Kaliopi’s website, it didn’t take long for me to seek her out in real life. We were both in the audience for bluesman Matt Schofield’s St Kilda’s Memo Music Hall performance on November 25th. So I took the opportunity to bowl-up and introduce myself. I was delighted to find her unassuming, engaging and chatty. I have drawn on our subsequent discussions for this article.

Kaliopi and her band – the Blues Messengers – will soon launch the first single When the Levee Breaks and the video clip from their new studio album; and will be performing the album live at the launch. This will happen next Saturday December 10th from 3:00pm at the George Lane venue which is at 1 George Lane, St Kilda. Georgina and I will be there with our partners. To join us, a link to purchase tickets is on Kaliopi’s website: www.kaliopi.com.au.

Kaliopi told me the recent Lismore floods inspired her to release ‘When the Levee Breaks’ as the first single from the new album. The flood-prone Mississippi Delta is home to the birth of the blues. Most readers will remember Hurricane Katrina hitting New Orleans in 2005. It caused over 1,800 fatalities and $125 billion in damage. It wasn’t so much the tropical cyclone that caused this catastrophe, it was the massive flooding from when the levees broke.

Less well-known is the Great Mississippi Flood of 1927. It was the most destructive river flood in the history of the United States. More than 200,000 African-Americans were displaced from their homes along the Lower Mississippi River. To prevent future floods, the federal government built the world’s longest system of levees. Unfortunately, these levees did not hold-up to the onslaught of Hurricane Katrina 95 years later.

Lizzie Douglas (1897–1973), better known as Memphis Minnie, was a blues guitarist, vocalist, and songwriter whose recording career lasted for over three decades. She recorded around 200 songs, one of the best known being When the Levee Breaks.

When the Levee Breaks is a country blues song written and first recorded by Memphis Minnie in 1929. The lyrics reflect experiences during the upheaval caused by the Great Mississippi Flood of 1927. Readers of my generation may recall the tune was re-worked by English rock group Led Zeppelin as the last song on their untitled fourth album. Singer Robert Plant used many of Minnie’s original lyrics.

Kaliopi says musically, discovering Smyrnaika and early Rebetika (now commonly referred to as the Greek Blues) drew her closer to the blues she’s playing now as she connects these exotic scales with the micro tones or ‘blue notes’ of the Mississippi Delta Blues.

“I’ve always been a passionate advocate for the underdog, marginalised peoples, women’s rights and so-called obligatory roles; so mixing that with issues of subordination, slavery and displacement resonates with gut wrenching feelings, ignites improvisation and hollering that’s healing in the blues…” she says. The lyrics of these traditional tunes draw on timeless metaphors that resonate to this day – such as climate change. Specifically, within the Memphis Minnie repertoire Kaliopi’s band have recorded, it includes themes around domestic violence, substance abuse, systemic corruption, prostitution, discrimination, and subordination.

“Greek women naturally celebrate their blend of androgynous femininity, and our material is bathed in liberating strong women, particularly through the material of Memphis Minnie ‘heeded as a woman of absolute divergence’ – during a culture where that was not just brave but fatally dangerous!”, says Kaliopi.

If you can, join us at George Lane next Saturday afternoon to see Kaliopi and the Blues Messengers launch their new single ‘When the Levee Breaks’.

Kaliopi will also be a guest artist at ‘Coming Out For Christmas’ – A Live Radio Play (in English) the day before, next Friday, December 9th at 7:30pm at The Greek Centre, 168 Lonsdale Street , Melbourne.