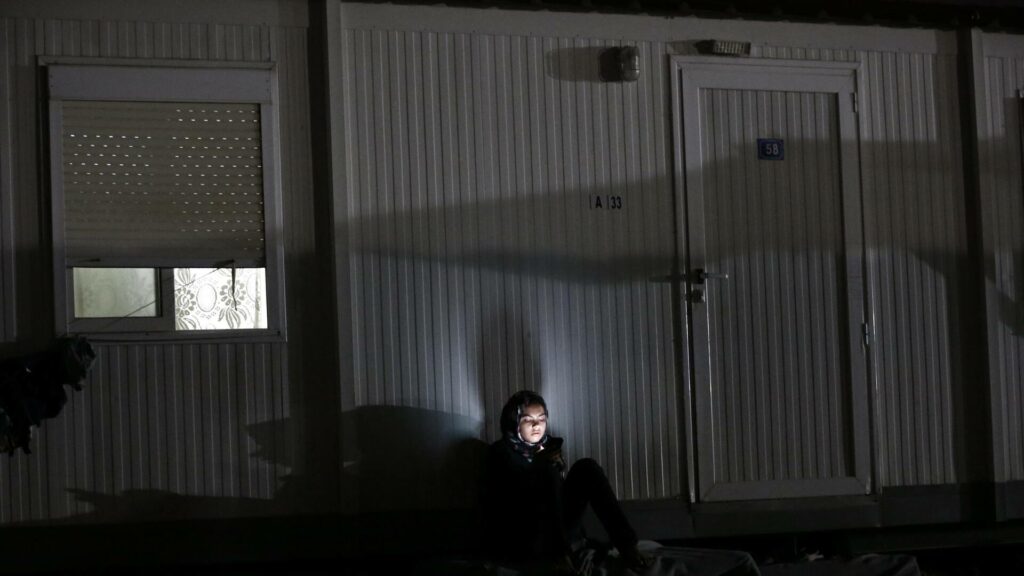 A refugee woman uses her phone outside a container at a temporary centre hosting migrants and refugees at the Athens district of Elaionas, Greece, back in 2016. Photo: AAP via EPA/YANNIS KOLESIDIS

“Those applying for asylum have been cleared without incident and all that is left is to clear the shelters. We are returning the space to the Athenians as we had vowed,” he said in a statement shared on social media.

To date, over 1,500 refugees and migrants have been residing in the Elaionas camp in downtown Athens. The camp, having opened in 2015 had a total capacity of 2,000 in containers.

Most of Elaionas’ residents have applied for family reunification in Central and Northern Europe.

The majority of them come from Afghanistan, Syria and sub-Saharan African countries.

Their living conditions have been rather poor – but substantially better compared to the Greek island camps according to an www.infomigrants.net report earlier this year.

Elaionas was a so-called “open structure” camp, allowing residents to move in and out all day, walk around and communicate with Athenians and other migrants with permanent residency who are living in nearby apartments.

Locals had been complaining that the neighbourhood had been overrun with junk yards surrounding the campsite, warehouses and car-repair-shops.

The nearby camp had also reportedly affected the look of the revamp of Omonoia Square, situated only 1.5 km away.