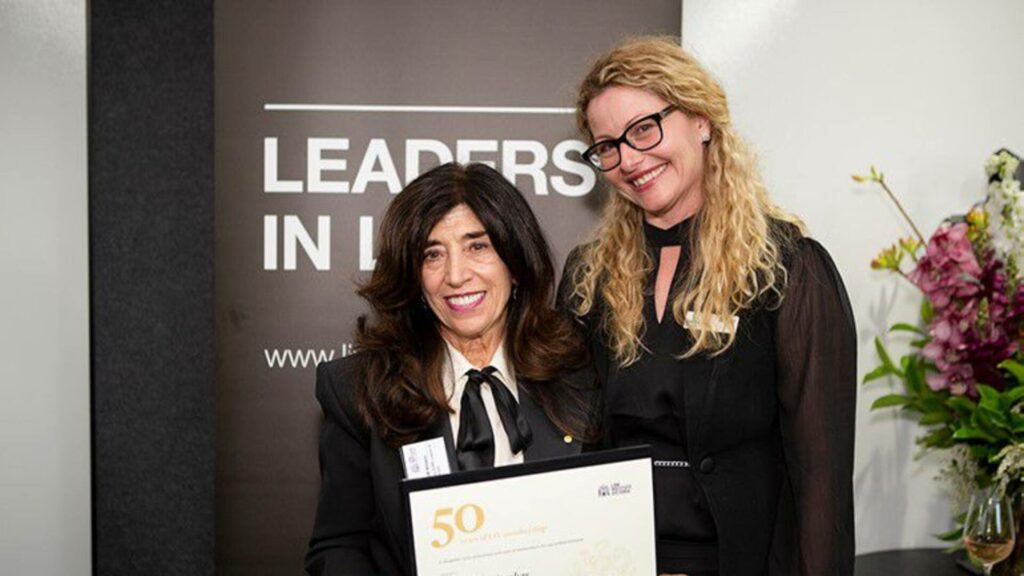 Melbourne Lawyer Eugenia Mitrakas is among those named for their outstanding contributions in an article published in the December issue of the Law Institute Journal.

Eugenia Mitrakas was awarded by the Law Institute of Victoria in October, for reaching significant milestone in her career.

“The LIV is very close to my heart. It gave me the honour and privilege to serve the profession and the ethnic communities, particularly the Greek community and the medical profession. I would never have been afforded this opportunity to showcase Greek culture to the wider Australian and International community without the support of the LIV and its executive,” Ms Mitrakas said.

Fifty years ago, in 1972, the dynamic Greek Australian was admitted to practice law, and went on to set up her own firm EMR Lawyers and Notary Public in 1975.

Nearly ten year later, in 1984, Ms Mitrakas became the first female, ethnic, sole practitioner, and suburban solicitor to be elected at the Law Institute of Victoria Council. She served a total of nine years. She was also the founder of the Greek/Australian International Legal and Medical Conference in 1985, and she is still the chair today. During her years on the LIV Council, she initiated and chaired an Ad Hoc Committee of the LIV to examine Court Interpreter Services.

The report of this Committee was circulated to all the Chief Judges and Chief Magistrates in Victoria and all relevant stakeholders for comment and then sent to the State Government. The report included draft legislation for regulating interpreters in Australia and lead to the setting up of the National Accreditation Authority for Translators and Interpreters (NAATI).