NYC and Athens mayors strike a deal as new sister cities with a memorandum on cooperation in tourism, environment, arts and commit to fighting anti-Semitism 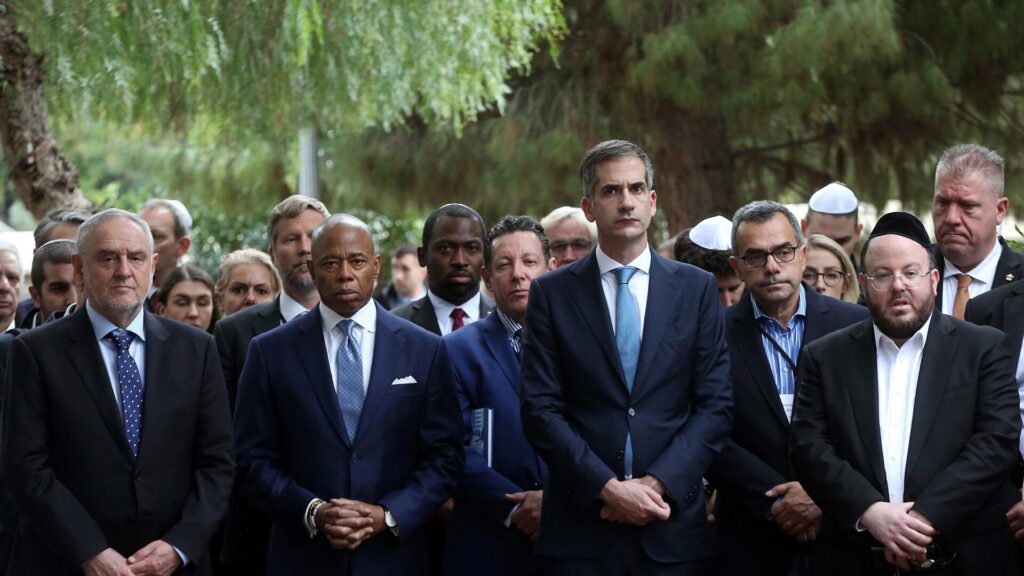 Mayor of Athens Kostas Bakoyannis (2R) and Mayor of New York City Eric Adams (2L), attend a wreath laying ceremony at the Holocaust Memorial, in honour to the murdered Jews of Europe during WWII, in Athens, Greece. Photo: AAP/Orestis Panagiotou

Athens and New York City were formally twinned on Thursday at a ceremony in Athens City Hall on Thursday attended by their respective mayors, Kostas Bakoyannis and Eric Adams.

The Mayor of New York City Eric Adams was in Athens to attend 2022 Mayors Summit Against Antisemitism, hosted by the City of Athens.

According to the memorandum, the two cities will cooperate closely in the field of tourism by strengthening both their leisure and conference travel. New York and Athens will collaborate in environmental practices to combat the climate crisis, in culture by organising joint art exhibitions, festivals, concerts, and in the digitalization of municipal services.

New York Mayor Eric Adams arrived in Athens on Wednesday to participate in the 2022 Mayors Summit Against Antisemitism, co-organised by Athens Municipality.

Adams and Bakoyannis later visited Parliament, where they had a meeting with Speaker Konstantinos Tassoulas. They then walked through the National Gardens to the Presidential Mansion, where they were received by President Katerina Sakellaropoulou.

The two mayors visited the Acropolis. With the other mayors attending the summit, Bakoyannis and Adams laid a wreath at the Holocaust Memorial in Athens and committed to fighting all forms of anti-Semitism.