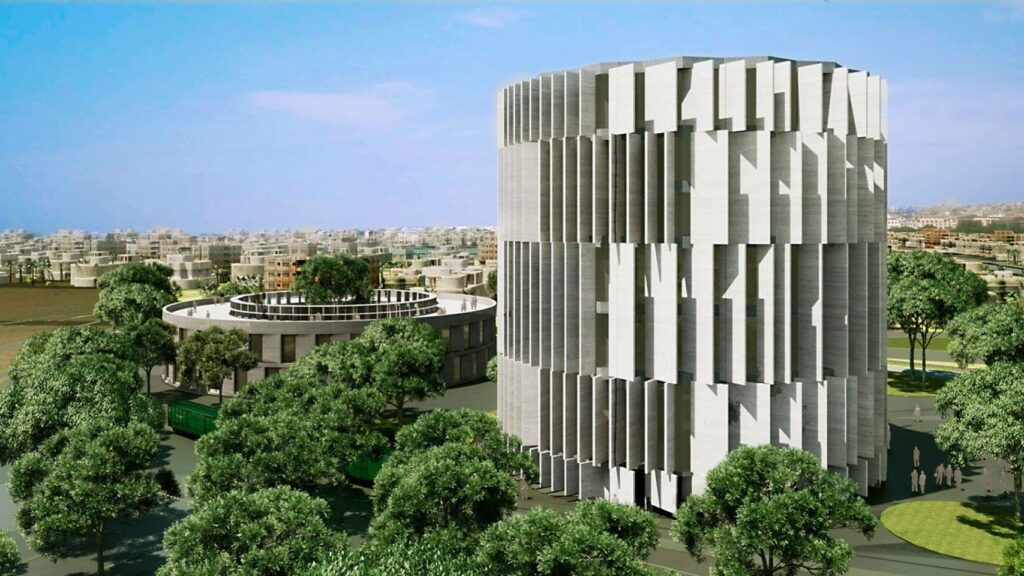 It has taken almost 10 years for the construction of the Thessaloniki Holocaust Museum to move forward following a memorandum of cooperation was signed in 2013 between the Thessaloniki municipality, the Jewish Community of Thessaloniki and GAIAOSE, the company and developing property for Greece’s Hellenic Railways.

The first bids will be invited in 2023, announced the Government Gazette, provided there are no more delays. The 3,166-square-meter museum (all buildings) will be built on a 1.58-hectare block.

The Jewish Community of Thessaloniki will oversee the construction of the €29 million project.

The German government will also pay €10 million towards the completion of the project, while the Stavros Niarchos Foundation has allocated another €10 million, followed by the Greek state that offered €9 million.

“We estimate they will be completed within the first quarter of 2023, so that calling for (construction) bids can take place,” he explained.

“The museum study is a collaboration of the Jewish Community with the Jewish Studies Chair at Aristotle University. The aim is to create a modern museum that will illustrate the story of the Jews of Thessaloniki and the Holocaust and (fill a gap in) the history of the city. We’re sure it will be a pole of attraction. Its placement on the old railway station, where the beginning of the end of our community in Thessaloniki happened, has a great symbolic importance and we also hope it will help upgrade the area,” he added.

Aside from the long-term effects of the Greek Financial Crisis and COVID-19, the reasons for the postponement of the project pertained to land ownership and zoning, issues that were finally resolved only a few days ago.

The site at Thessaloniki Rail Cargo Station, was the location from which nearly 50,000 Jews were sent to their deaths in German concentration camps during World War II. The land was leased to the Israeli Community in 2014 and the Presidential Decree approved changes in the building code as published in 2017. However, it was later found that not all the land leased to the Jewish Community belonged to Hellenic Railways.

In order to acquire enough space for a museum to be housed a swap of land between Hellenic Railways and the municipality of Thessaloniki was decided and approved by a 2021 law and the amended Presidential Decree published on November 18, 2022.