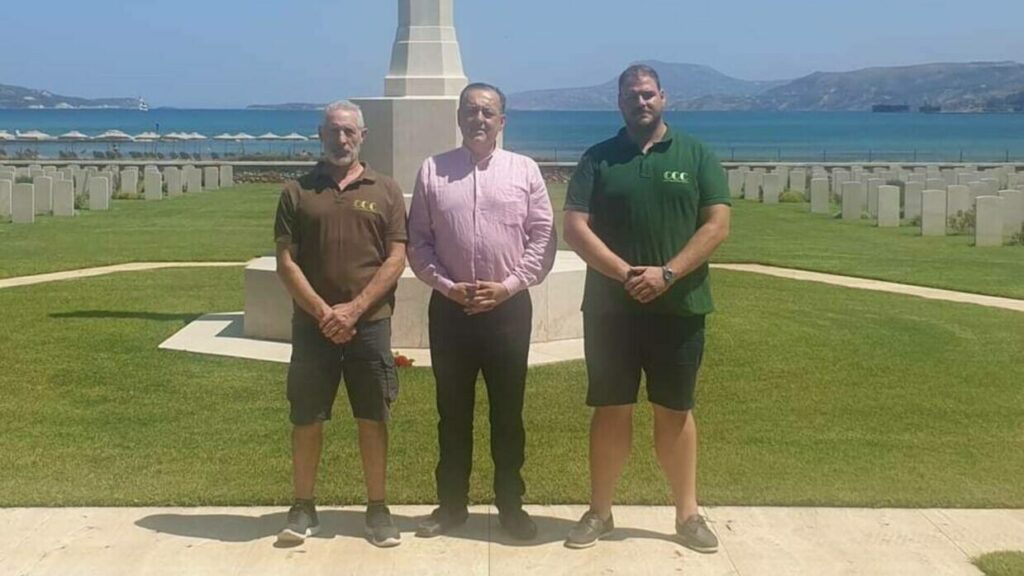 An ambitious project to map the routes of ANZAC soldiers on the island of Crete has begun.

The project is about the mapping of a large network of routes throughout the island, the placement of information signs with historical information and photographs, the development of 3D maps that will be presented on a website and possibly also an app and other parallel actions that will frame the central idea.

The initiative aims to highlight the historical events of the Battle of Crete through the actual routes followed by the ANZAC & Αllied Forces during the battle, the evacuation, and points of great interest from the preparation of the defence of the island and the occupation that followed.

“Today, almost 82 years on, we are still fortunate to have a few ANZAC veterans still with us, here in Australia, in New Zealand, in England as well as in Greece, that live to tell their stories and recall the events of 1941 to 1945,” Antonis Tsourdalakis, President of the Cretan Federation of Australia & New Zealand; Giannis Thimianos, member of the Cretan Commemorations Committee – The Battle of Crete and the Resistance, and Jim Papadimitriou, Chairman of the Battle of Crete & Greece Commemorative Council in Victoria said in a joint statement.

“We are excited however that the Veterans Families, and descendants of the Battle of Crete have shown enormous interest in going to Crete and walking the trails of there fathers, grandfathers, uncles and brothers. The organisations involved feel it’s their duty to make this project a reality,” they added. “The involvement of the younger generations and the passing on of historical knowledge is a duty for every Cretan, anywhere in the world.”

The preparation of this project requires historical research which will be carried out in collaboration with historians, authors, researchers, collectors, and a large network of people with knowledge of the Battle of Crete and the Resistance that followed.

The Cretan Federation, the Cretan Commemorations Committee and the Victorian Battle of Crete Commemorative Council will conduct the above research and invite the cooperation of the general public, self-governing bodies, collectives, and private individuals, local, state and federal governments to partake.

The organisers said that meetings held in August in preparation for the project by both Antonis Tsourdalakis and Giannis Thimianos with the municipalities of Chania, Rethymno, Iraklio, Apokoronas, Ag. Vasiliou and Sfakia have concluded in a positive and enthusiastic manner. They also state that the proposal has also been presented to the Hellenic National Defence Forces who have also given their full support moving forward, through the Ministry for Defence.

The organisers believe that the project now has impetus and have triggered the start of the research required for the specifics, that will consist of the historical and economic-technical study.

The organisers invite anyone interested in joining this project to reach out via email at admin@cretan.com.au