Greece’s Tourism Ministry concluded a research on the profile of international visitors. We take a deep look into the preferences of the Australian market. 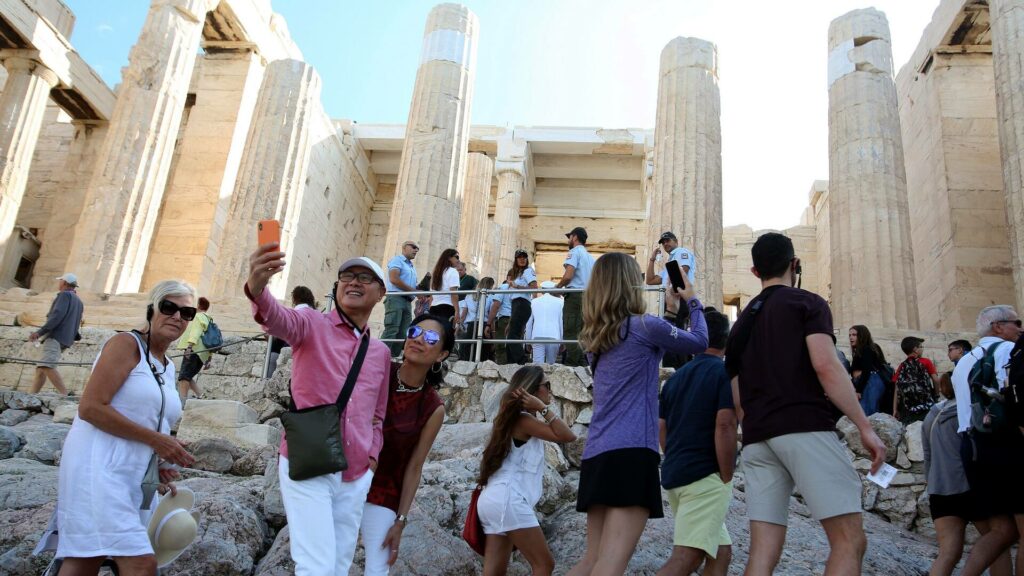 An annual or a once-every-few-years trip to Greece is a non-negotiable for many Greek Australians, and according to data captured by the Greek Ministry of Tourism most Aussie travellers boarding the 17+ hour flight to Greece between June 2021 and April 2022, were not repeat travellers but rather first-timers to the country.

The study results released by the Ministry’s Directorate for Research this month were based on responses received through the VisitGreece application.

Separately, a qualitative research project aimed at recording “the travel profile of the members of the Greek-Australian community, a market loyal to Greece”.

This undertaking was based on online interviews with a total of six “key informants and representatives of the organizations of the Greek diaspora in Australia to form a general picture of the characteristics of the Australian diaspora tourism market*”.

Research based on the VisitGreece application responses

The research project based on visitor profiles from the VisitGreece application was informed by a questionnaire available for completion by app users.

Was it their first time travelling to Greece?

For 76.7 per cent of respondents, yes, with only 23.3 per cent stating they had visited the country before.

Most answered they were travelling “for leisure” (58.5 per cent), with those travelling to see friends and relatives accounting for no more than 32.8 per cent of respondents, while business was the third most quoted reason for travel.

Just over 30 per cent of respondents stayed with friends and relatives, with paid accommodation options combined (suites and villas, hotels, rooms to let, mansions, camping sites) amounting to a total of 39 per cent.

The questionnaire also recorded the most popular activities for travelers in Greece, with gastronomy and Greek culture topping the list at 42.7 per cent and 41.7 per cent respectively. Other preferred activities included exploring nature, spa/wellness, yachting, clubbing and diving.

Insights and conclusions published in the report draw on six key factors informing the travel behaviours of Greek Australians.

On the average duration of travel they note: “Due to the long distance and cost, Greek-Australian visitors stay for a considerable period of time in the country, e.g. for one month or between six and eight weeks.”

The report, drawing on key stakeholder interviews, states: “Their main motivation when visiting is to take a holiday and they choose popular tourist destinations such as Athens, Mykonos, Santorini, but also the Cyclades, the Ionian Islands and Crete and do not seem to wish to explore less popular destinations.”

“As their first destination they choose the one that connects them with Greece from a familial point of view and thus return to their own homes and holiday homes. Therefore, they do not behave as tourists when they are in Greece but as native Greeks,” the report states.

With regards to deterrents for Greek Australians visiting Greece, the report’s authors highlight the high cost of the flight as the main factor, with post-pandemic ticket price increases making the cost “prohibitive” for some.

The long duration of the journey from Australia to Greece is also among deterrents identified, as well as differences in seasons between the two countries, competition within the overseas tourism market with South-East Asian destinations, and the lack of concerted effort to attract a specifically Greek Australian clientele.

*A footnote included in the report relating to the qualitative study states: “During the primary research it was found that it would be useful to carry out a quantitative survey for the detailed recording of their travel preferences, which the Directorate of Research is planning for the next period.”