Running the virus to the ground may mean more lockdowns 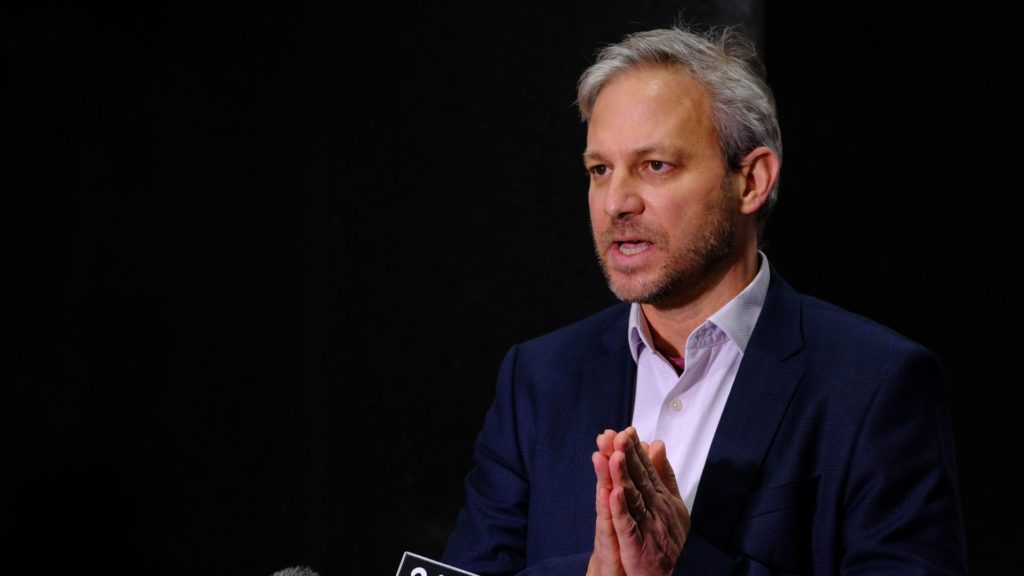 Despite zero cases of COVID-19 recorded in Victoria on Friday, Chief Health Officer Brett Sutton expects more cases and mask wearing to continue for some time.

Prof Sutton said the four mystery cases appear to be connected to the Kappa (κάππα) variant rather than the more infectious Delta strain.

“A day of zero is terrific, but we are not there yet, there are many people have been tested who’ve gotten over an illness and of course we’re in winter and Victorians will be needing to test once, or twice, or three times, that is the only way we can be sure we can run this to the ground.

“Vaccination is the only way out of this,” Prof Sutton said.

He insisted that the lockdowns are not the “first measure,” but a “measure that we implement only when we have to do it.”

Acting Premier James Merlino could not promise “there will be no more lockdowns once vaccination rates reach some target number” adding that “there is no magic number, 70%, 75%, 80%, more.”

Neos Kosmos asked Prof Sutton why Victorians had to wear masks outdoors given the risk of outdoor transmission is dramatically reduced at >1RNA mt3  in normal life and according to studies in US, China, EU, there were ‘virtually no cases’ research could identify that took place in ‘everyday life’ outdoors.

Prof Sutton said that the relative risk – “at about eighteen times less than indoors is substantially less, but it’s not zero.”

He added that “you’re running down every single case and when you’re wanting no transmission to occur between people it’s a small thing for a short period of time to continue to reduce that risk”.

Neos Kosmos asked the Deputy Premier what level of risk the government was willing to accept to keep Victoria open given many jurisdictions in the world with far higher rates of transmission are now open.

“Other jurisdictions have populations who are 50% fully vaccinated and a much higher figure with their first jab.

“Our path through this is vaccinating citizens, it is as simple as that”

“Outbreaks are dealt with on their merits and the number one criterion for the public health team is to keep people safe to make sure this outbreak doesn’t become uncontrolled,” Mr Merlino said.

In a subtle swipe at the Commonwealth Government Mr Merlino said that “vaccination and purpose-built quarantine facilities” are a way out of rolling lockdowns.

Neos Kosmos asked Mr Merlino if he trusted the Victorian health system as much as Premier Gladys Berejiklian.  NSW Premier Ms Berejiklian said her trust of her health and tracing systems made lockdowns unnecessary in NSW, on Thursday’s ABC 7:30 Report.

“Lock down is not the first option it is based on the nature of that outbreak now we’ve had outbreaks in Victoria that did not require a lockdown.” Mr Merlino said.

He then referred to Prof Sutton and said that Victoria needed to go into a circuit breaker lockdown “given the generations of transmission, and with many exposure sites the thousands of primary close contacts we had no option in this case, following the breach in South Australia and the outbreak here in Melbourne”

“We had no option other than to go to a circuit breaker lockdown, but they’ve been other examples where we have indeed had not gone down that path because of the work of our contact tracers.

“Our path through this is vaccinating citizens, it is as simple as that” the Acting Premier Mr Merlino said.