“They left my kid in an unmarked grave”, says mum, grateful for anonymous veteran’s help 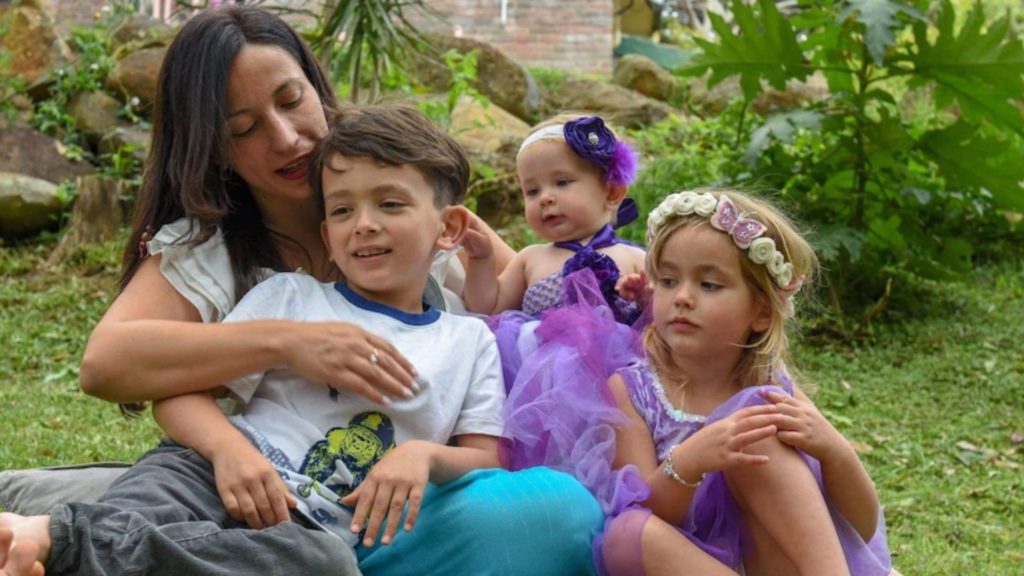 A Queensland mother whose eight-year-old son passed away in 2018, had to live through the additional trauma of local council stripping bare his grave, leaving behind only a patch of dirt.

Natalie Tsokas, whose son Oliver Tiainen died on 3 July 2018 was “devastated by the news” that her son’s burial site, a tribute to the young boy’s life, was reduced to gravel and dirt because Scenic Rim Regional Council could not wait for the single mother to save for a fitting tribute for her son. Thankfully, the love of the community, a GoFundMe page started by a friend, a bit of media attention and a good Samaritan – an anonymous donor – is all it took for little Oli to have the headstone he deserved in time for the third anniversary of his death.

Ms Tsokas told Neos Kosmos that she had been on a “rollercoaster ride” since her son’s illness and eventual death.

A single mother of three, she had to move from Tamborine Mountain to Brisbane to be near the hospital as her son battled for his life.

“It was the most terrible time of my life. I hoped and prayed he’d get better,” she said.

“I paid for a funeral director, I paid Council fees, I chose to pay for a plot at Tamborine Mountain Cemetery next to him – which I was only able to afford thanks to help from my mother who paid for it on her credit card,” Ms Tsokas said, adding that the full amount came to around $20,000 – hard for a single mother to afford. Oli's grave was filled with trinkets and flowers paying tribute to the boy. Oli's grave drew his classmates and people who loved him. Photo: Supplied 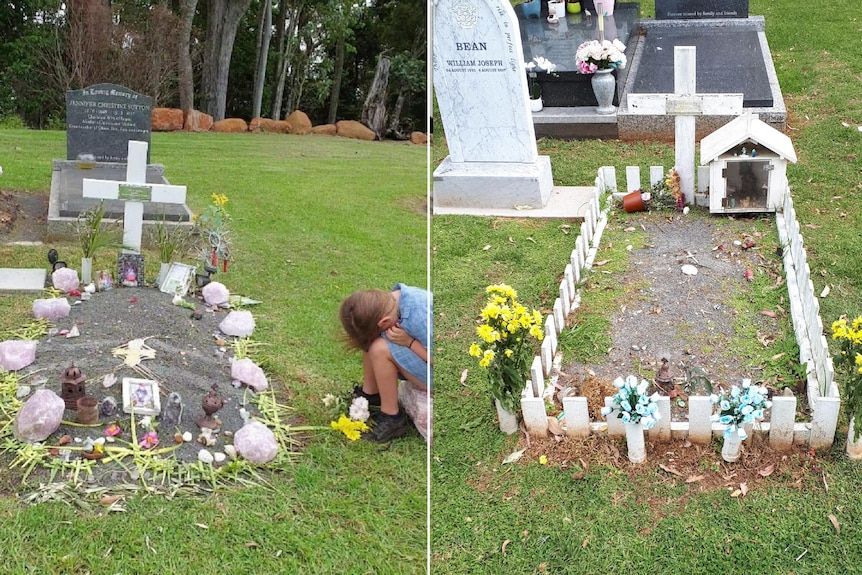 Trinkets would be left at little Oliver's grave. Photo: Supplied

Every day, for the first forty days, she would go to his grave and mourn her son’s death.

“There were always people there, going to see my son,” she said, moved by the support of her son’s classmates who would leave behind toys and trinkets for their beloved Ollie.

“My other children, Oli’s younger sisters, would go there anticipating what they would find,” Ms Tsokas said.

“They were so delighted to see what would be left behind.

“After a few months, the Council told me that I had to make sure everything stayed within his plot. And I assured them this would not be a problem.

“People from my church and friends suggested I create a border around the grave to keep things left behind contained in the grave.” The little boy enjoyed skiing in Canada where his yiayia lives.

Oli had many friends.

Later, Ms Tsokas was told that it was not allowed for her to have all these things on top of her son’s grave.

“They gave me a list of what is allowed,” she said, wondering why this list could not have been given to her upfront.

“By this point, I was upset every time I received an email from the Council. I wondered, ‘Don’t you have something better to do? What about the pavements? Our library is too small.’

“Eventually I was informed I could no longer have anything on his grave. ‘It has been long enough’, they said.”

Ms Tsokas felt relieved when she was given the numbers of different people to erect a proper monument on her son’s grave. No longer her responsibility, she picked a gravestone similar to the one already on her son’s grave but made of Council-approved materials.

“I got a huge quote for the granite piece on the concrete foundation,” Ms Tsokas said, shocked to be required to pay an additional $12,510.47 – money she did not have.

“I could not afford this beautiful grave. It was far too expensive. But I wanted to get him a nice grave. This is going to be my last present to my son. So I thought it would be better to wait until I could afford to get him a nice monument.”

On Thursday last week, however, she received an email stating that time had lapsed for a permanent gravestone and due to the unauthorised trinkets and monuments on the grave everything had been removed.

When she visited the site, there was nothing to indicate that her son was buried there. “I was just crying and crying, and the kids were crying,” she said. Little Oli with his sisters.

“Council never contacted me before they ripped out his whole grave. They just messaged me afterwards to tell me where to collect things. I drove for two hours to get them. This seemed so unnecessary. They could have just called me to meet them there,” she said, stating that she picked things up at a place which she “considered a garbage tip”.

Ms Tsokas said that she was overwhelmed by emails of support, a little girl even started a Go Fund Me page to raise money for a proper gravestone for Oli, and before she knew it the ABC got involved. “I didn’t ask for the media but word got out,” she said.

On Thursday, the final $8,000 portion of the fundraising goal was donated by an “anonymous veteran”.

“I don’t know who he is, but it’s ironic that it was a veteran,” Ms Tsokas said, remembering how “little Oliver was always like a little soldier at the Anzac Day parade”.

Ms Tsokas would like to thank this Samaritan for his help. “I don’t think words can convey my gratitude. Words can’t express what a wonderful gesture this is. It is above words,” she said.

A little miracle putting an end to a single mother’s ordeal, three year’s after her son’s death.