Sweet Greek a sell out

Kathy Tsaples’ cookbook Sweet Greek: Simple Food and Sumptuous Feasts has all but sold out in Australia, with a second edition about to be printed in time for Christmas 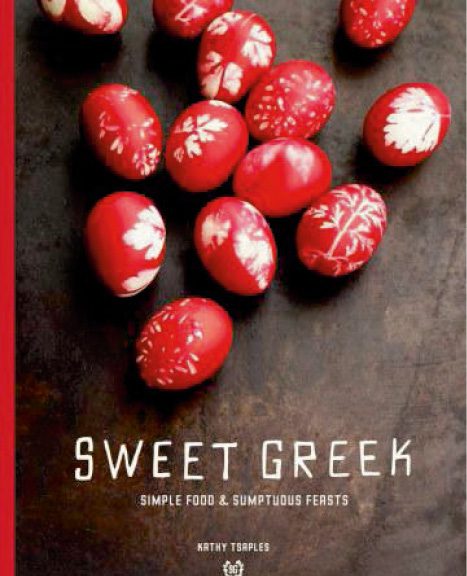 Kathy Tsaples’ cookbook Sweet Greek: Simple Food and Sumptuous Feasts has all but sold out in Australia, with a second edition about to be printed in time for Christmas.
“There are still some cookbooks floating around in various book shops but there is no more stock of the first edition for bookstores to re-order, at least for the moment,” Kathy tells Neos Kosmos.
The self proclaimed home cook and director of the Sweet Greek Stall at the Prahran Markets says she was “overwhelmed with joy and pride” when she found out that the books were selling so fast; given after all the launch was in May this year.
“When the book was published, the publisher did say that it takes a long time Kathy to sell the books that we have ordered,” she says, “I have to say that I am overwhelmed with joy and pride, but most of all humbled by the fact that the book was such as success, especially as I am a first time author writing from the heart.”
Kathy says that although she wanted this to happen, she truly never expected it.
“My head would tell me not to expect it but my heart knew that the book was special,” she starts.
“So much hard work went into it but above all it was a story about our families who migrated here from Greece and worked so hard to uphold tradition. The book touched a nerve with everyone. We all want to remember our childhood and the food that mum would cook. For me traditional Greek cuisine is my passion, and I know that I have only scratched the surface.
“There is so much more to write about especially from all the different regions of Greece. Of course there is a place for modern interpretations of our cuisine but to do that you must first understand the basics.”
And for all those that the Sweet Greek has affected not only in the kitchen but also in our hearts, Kathy assures us all that there is a second cookbook coming out. But at the moment her time is taken up with the renovations and extensions of the Sweet Greek Stall at the Prahran Markets. And as a big bonus to fans of Kathy’s cooking, next year she will begin cooking classes using recipes from her exceptional cookbook Sweet Greek, Simple Food and Sumptuous Feasts.