The food of Roumeli 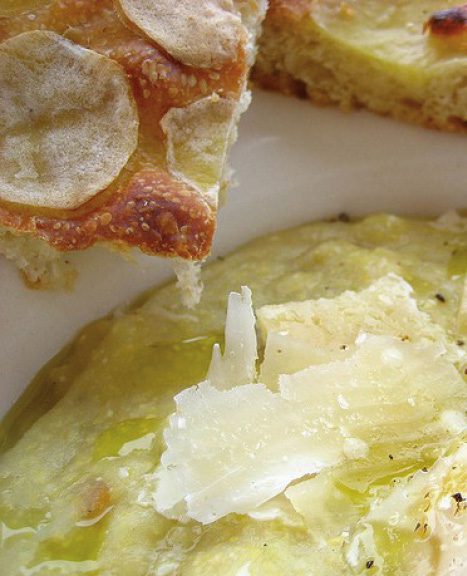 After 1453, with the prevalence of the Ottomans in the Balkans, Roumeli was the name of the Turkish provinces in the Balkans – all the way to the coastline region of Danube.

Sometime in the 17th century, Roumeli consisted of 26 precincts called santzakia (σαντζάκια), and by 1821 was demised to the Greek mainland.
Today Roumeli is made up of Attiki, Bioteia, Euritania, Fthiotida and Etelokarnania.

To foreigners Roumeli is known for Delphi and for Lord Byron, who died in Messolonghi.

Even though its western part is by the sea, the majority of the area is mountainous and this more than anything else has influenced the character and the diet of its people.

To understand the area one has to understand the life of Roumeli pastoral inhabitants and to dig into the culture of the nomads, especially the Sarakatsani, who came in large groups and settled in Thessalia, Macedonia and Epiros.

To this day the people of this area continue to herd sheep and goats. Today, however, they have created permanent homes and are not living in makeshift herders huts anymore.

They move the herds to higher ground in spring and summer only, they don’t take a few weeks to walk there but use cars. To this day they remain pastoral people.

Traditionally in Roumeli olive oil is scarce. The only area that produces oil is the valley under Delphi where there are over a million trees. Olive oil in Roumeli is usually a bought item. It is dairy items and meat that are its main products.

The meat culture in this area is well documented – during Easter the lambs are skewered and cooked in the street of every town and village of Roumeli.

It is sheep and goat meat that is characteristic of the region of Roumeli, with other meat also in use. This animal pastoral life is what makes Roumeli the centre of the meat industry in Greece.

It is in this part of Greece that the authentic kontosouvli is made with lamb – not with pork as in other parts of Greece; the real kokoretsi and gardouba.

Here you will find a dish of spleen stuffed with walnuts, pine nuts, feta and trahana. The best sarmades (cabbage dolmades) are made from the meat of a ram. An area with so much meat production, Roumeli also produces sausages.

All these meat dishes are always accompanied by vegetables grown in the area. Thebes has the best potatoes in Greece, which are cooked in many different ways in Roumeli. One of these potato dishes is boiled potatoes with rice. Eggplants, tomatoes, herbs and onions are also part of the diet.
Pligouri is a staple and vegetables are often filled with it instead of rice as rice was expensive in the past. As in the rest of Greece, legumes are part of the culinary culture in this region, as is home made trahana.

Corn is also a staple and there is a dish similar to polenta made here with corn, and served with butter and honey.

Possibly because of the cooler and mountainous region there is also a big variety of soups, unlike the majority of Greece where soup is not a dish on top of the list of recipes.

As olive oil in the past was hard to come by, the cooking was done mostly with lard and butter. I have given recipes with olive oil. These days many of the dishes cooked with lard in northern Greece are now being made with olive oil so the recipes have been adapted.