The West Side of the Adelaide Fringe Festival

Nexus Arts Centre headed by Norris Ioannou is bringing together a diverse program for the Fringe Festival. 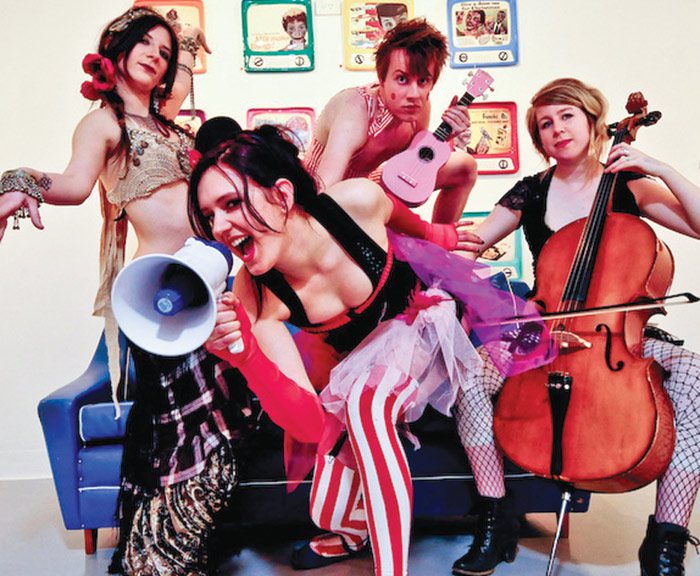 The Grind Show for Nexus Cabaret for the Fringe

West Side Stories is a diverse program of performances and exhibitions being presented by Nexus Multicultural Arts during the 2010 Adelaide Fringe Festival.

The program is full of some amazing experiences and stories – from Damushi Ensemble’s African rhythms in the new show Ghana In Groove and tribal bellydancing from Fusion Arts in Ekata: Music Voice Dance, to Adelaide Russian Theatre’s tribute to a Russian literary great with the play From Chekhov With Love and Matura Taiko’s earth-trembling Festival Drumming.

Dark and sensuous stories will continue late into the night when Nexus Cabaret is transformed into The Grind Show from 11pm each Friday and Saturday night during the Fringe Festival.

Nexus Gallery will also host It came from outer space, a group exhibition featuring three local artists who will explore the darker side of storytelling in their new works.

When asked about the significance of the program of events, Nexus Director, Dr Norris Ioannou said, “stories form the essence of human learning and entertainment. Here at Nexus Multicultural Arts, we pride ourselves on sharing and telling the stories that aren’t told by other arts organisations.”

On Saturday, January 30, the Nexus Multicultural Arts 2010 Adelaide Fringe Guide, entitled West Side Stories, will be launched in a freshly revamped Nexus Cabaret, which has renovated over summer.

The showcase and official launch is a free public event, so Adelaideans should head along to Nexus Cabaret on 30 January and get into the Fringe spirit!

Dr Ioannou encouraged those who will be in Adelaide for the Fringe Festival to explore.

“Don’t just explore the eastern sector of the city during the 2010 Adelaide Fringe Festival,” he said. “Follow the sun and head west to discover for yourself the wonderful West Side Stories being told by Nexus Multicultural Arts.”

For further information on West Side Stories events, check out the Nexus on www.nexus.asn.au