Where is the plan, SYRIZA?

After almost 100 days in office, Fotis Kapetopoulos argues SYRIZA isn’t showing much of a plan to help Greece tackle its growing economic and bureaucratic problems 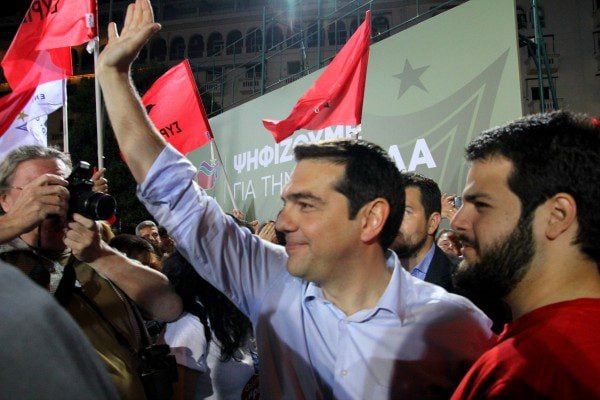 When SYRIZA won I was ambivalent. Their victory was a circuit breaker and a way of providing Greece with hope. SYRIZA’s attacks on Germany and calls for WWII reparations seems a step backward. It was typical of modern Greece, and Greeks in Greece; on the one hand wanting to be part of an international community, yet blaming foreigners for all of Greece’s problems.

Varoufakis, Tsipras and SYRIZA were the new cool kids in the Euro block, especially for left wing parties, youth and for Greece’s prostrated middle classes.

These middle classes opportunely garnered loans from German and other banks, and subsidies from Brussels in 1990s to 2004, while not paying appropriate taxes. Admittedly the tax issue is part of the antiquated labyrinthine system that no-one ever fixed.

Now all I see, from Greek and other media, are abstract intellectual discourse, disruptive diplomacy and a growing distance between Greece and Germany.

These populist tactics used by left and right governments are effective in opposition parties but make for bad politics in a small, hopelessly indebted government so desperate for growth.

SYRIZA is approaching its first 100 days in government. One would hope to have a plan, a narrative for reform and policies of managing the affairs of the state. The need for an articulate economic and social reform plan is profound in the case of Greece to imbue Greece’s creditors and partners with confidence.

I am not only considering Greece’s EU partners, but Greece’s Chinese investors. Those who focus on the Teutonic austerity imposed on Greece rarely mention that the Chinese-owned Piraeus port has become efficient and profitable after an eternity of mismanagement by profligate governments and irresponsible labour unions.

Where is SYRIZA’s plan to reform Greece’s wasteful bureaucracy, its convoluted laws, and to free the callipers on investment? What plan is there by SYRIZA to transform Greeks into civically minded citizens? Into citizens who are responsible for the ‘polis’.

Will SYRIZA educate Greek citizens on the social, cultural and economic benefits of multiculturalism? They did provide citizenship to many immigrants who were raised or lived in Greece, but recent threats that they would allow illegal immigrants to flow into the EU is preposterous, not a strategy for dealing with the major global refugee problem.

I am concerned about SYRIZA’s missing strategy of economic, cultural and social engagement with Asia – India, China, Singapore and Malaysia. Mr Varoufakis is an astute economist; he’s lived in Australia and should know the value of Asia to the global economy.

Hellenes are well equipped to deal with Asian economies, societies and cultures; we have done so over thousands of years. In fact, we stopped looking to the East when we took on French and British notions of Hellenism in the post 1800s nation building phase. We deluded ourselves as European, even though up to 1921 over 1.5 million Hellenes lived in Asia Minor.

We were once the natural conduit between Asia, the Middle East and Europe. We share much culturally and historically with the East – our music, our foods, our family structures. We have more in common with the Arabs, Chinese, Indians and Turks than we do with the Germans and French. One of the reasons Australia was the only OECD nation to survive the GFC unscathed was due to Fraser’s, Keating’s, later Howard’s and Rudd’s Asia engagement strategy.

How is SYRIZA integrating the language and cultural skills of South Asian and Middle Eastern refugees into Greek society? The successes of USA, Australia and Canada are premised on the capacity of immigrants integrated and create a largely successful and cohesive multicultural society. Migration is the cultural and entrepreneurial engine of Australia, USA and Canada, Singapore and South Africa. As Megalogenis suggests in his book Faultiness, “forty per cent of all Australians have a link to the rest of the world”. So why can’t Greece’s migrants be an engine for growth and a link to the global economy?
In terms of the Mediterranean, what is SYRIZA’s economic, social and cultural partnership with Israel like? SYRIZA says it will not have military links with Israel yet it is Israel, Greece and Cyprus, the much touted Energy Triangle, that stand to gain most from cooperation. The Aphrodite and the Leviathan gas fields would do much to raise the economies of all three nations. Israel and Greece are comparable, Israel is a new nation with ancient roots in the region, it is democratic and built by its diaspora, just like Greece. Israel has a foremost innovation and technology startup sector linked to Asia, North and Latin America, Australia and so on. It also has extensive agricultural technologies.

In 2006, on a delegation to China, I found out that much of China’s new intense agricultural development was based on Israeli technology – why not Greek?

Why not seek EU support (instead of brawling with the Germans) to upgrade and develop Greece’s agricultural sector? It is essential that the agricultural sector is revitalised and conforms to growing markets for organic and high quality produce, something Greece can do well. A revitalised agricultural sector would also alleviate population pressure on Greece’s inefficient cities. It would be nice to see some Greeks working on the land again, tailoring their skills and commercial knowhow to fulfilling new markets.

What of Greece’s relationship to Turkey, the new small China of Europe? Turkey was so busy developing its human, economic and cultural assets after it was rejected by the Germans from entering the EU that it is now a mushrooming economy and bridge between East and West. Turkey is doing successfully what Greece once did. And our neighbours, the Balkan States, what plans does SYRIZA have? The Balkans, like Israel, Lebanon, Asia and Turkey, are Greece’s natural economic, cultural and political allies. Only under former PASOK Prime Minister Simitis and more recently ND Prime Minister Samaras did we see any of these issues considered.

The biggest question for me is the eternal one; does SYRIZA (unlike all other failed Greek governments) have any plan to harness the business, managerial, political, language and cultural skills of millions of Hellenic diaspora in the USA, Canada, Australia, South Africa, Germany, Brazil and more? Are there Anglo-American Hellenes negotiating for Greece in the Anglosphere? Are there German Hellenes talking to the Germans? Where are the Brazilian Greeks? Why aren’t they being used to build links with Brazil?

I see a change of atmospherics but after the victory party all I see is a reversion into abstractions and ethnocentricity. Many, not all, Greeks on Facebook from Greece attack Germany, they talk about breaking the chains of the troika’s oppression. The mere suggestion that Greeks may want to reflect and take some responsibility for the chaos, corruption, urban decay and economic collapse of Greece just results in adolescent insults about Aussies, Germans, and Americans and so on. Of course we diaspora Greeks are seen as traitors, or un-Greek.

Once a little calmer they express a view that Greeks and Greece are particularistic, unique, no-one can understand them. Or,that they are victims of rapacious foreign banks and Germans. When I sarcastically say to my diaspora peers that “Greeks [in Greece] know everything” they laugh and agree.
Xenophobia has shifted (for the time being) from targeting immigrants to targeting the Germans for all the ills of the Greek economy and society. I hope I am wrong, but I see no plan. I see no long-term economic and civic plan to shift Greeks in Greece from the binary, hero and victim mentality. I crave to see Hellenes be what they once were, innovative, socially minded, entrepreneurial, accepting and tolerant global citizens.

* Fotis Kapetopoulos was the former editor of Neos Kosmos English edition, and multicultural media adviser to former premier Ted Baillieu. He is PHD Candidate in Communications at the University of Canberra, he works for the Melbourne International Jazz Festival, writes for Crikey Daily Review and teaches at VCA Melbourne University.