Guy did not bring it home, however, the devoted Aussie fans missing the adrenaline and all things Eurovision won’t need to fly to Sweden – because the party is happening right here, in Melbourne.

Over the course of 28 years, Glynn Nicholas created and produced several one-man shows which have received outstanding acclaim in Australia and overseas. Amongst his many accolades, the 2006 show Eurobeat – Almost Eurovision, which toured Australia, became the top-selling show at the 2007 Edinburgh Fringe Festival.

The musical then went on a 20-week tour across the UK in 2008 and ran for three months in London’s West End, garnering rave reviews. 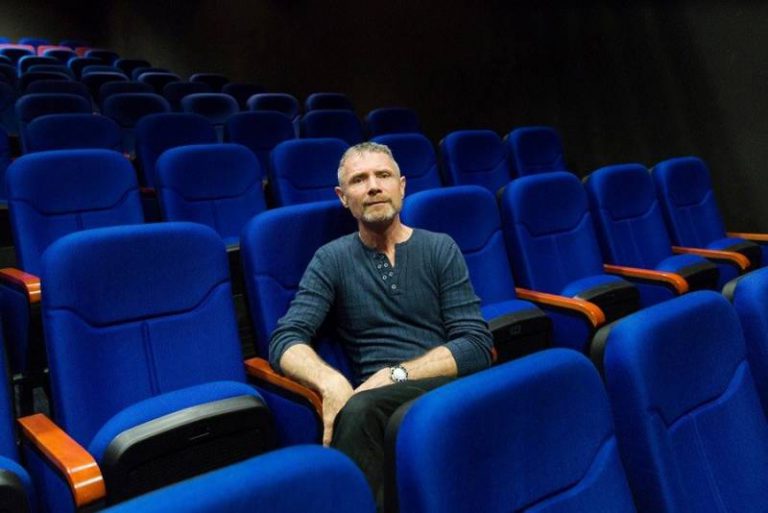 His newest over the top, loud, interactive and rather glitzy production, Song Contest – The Almost Eurovision Experience, premieres at the Alex Theatre on 12 November and will be on stage until 6 December.

The lighting and sets are fully Eurovisionised and the choreography and costumes will excite die-hard Eurovision fans and lure new ones into the drama, the music and comedy as they engage with this new theatre production.

“This show has everything we love (and roll our eyes) about Eurovision. I see it as a cross between a musical comedy, a concert and a live sporting event. The competition is real, but the rivalry is friendly. Everyone is involved, the audience voting is genuine and live every night,” says Glynn Nicholas.

“We are connecting with our fans before this show begins, we invite them to be part of something special in the lead up to Song Contest – The Almost Eurovision Experience. They can become ‘Eurovisionaries’ when they visit www.songcontest-musical.com,” he adds.

Greece, Sweden, Norway, Germany, Hungary, Russia, Poland, Iceland, Italy, United Kingdom and Ireland sing loud and proud, vying for the love and ‘live’ votes of the audience as they take control of who wins.

The hostess for the show is played by legendary Melbourne comedian Bev Killick, who prepares for her role as the hilarious Bettina Bitjakokov, holding hysterical antics, cameo guest appearances and way over the top surprises for her audience.

Killick’s role is to show the world that Minsk, and the Belarus Ministry of Culture, have what it takes to put on a world-class event despite the budget cut-backs. Nicholas was inspired to have Killick playing the show’s host, as “she has superb comic sensibilities, sings like Tina Turner, lives in St Kilda and can do a bloody good Russian accent”.

Sina King, one of Australia’s most in-demand burlesque performers, knows exactly how to make the crowd beg for more, and this is exactly what she’ll do representing Greece.

The award-winning international performer and producer is about to shift her attention to the ‘boards’ in her role as Petra Asteri, a famous national Greek star who is sent to the Almost Eurovision Experience, embodying Greece’s highest expectations.

The talented Miss King was invited to create and introduce the first adult industry burlesque award ‘Australian Burlesque Industry Achievement Award’ and was chosen to perform at the biggest burlesque event of the year; the Burlesque Hall of Fame in Las Vegas, where she wowed the industry’s best with her unique brand of creative prowess. When she’s not on stage, Sina is a producer, artist muse, lingerie pin-up, and the creative director of Cheeky Glamour.com

Known as ‘The Royal Captivator’, she has earned many local and international competitive titles to standing ovation, recognised by the industry as “the leading individual to push the boundaries and innovate the future of their sector”. 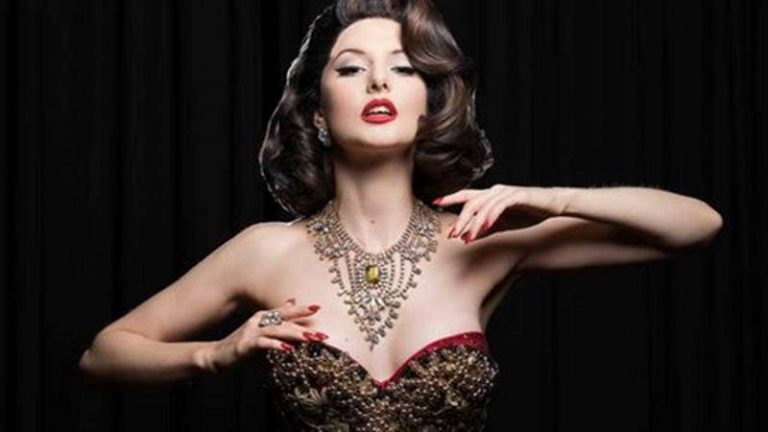 Without giving away any spoilers, King is bound to be a favourite. She can sing, she can dance and grace the stage with her disco-infused smash-hit variety productions, alluring the judges.

Apart from her artistic talents, King will also be competing for the Greek audience’s heart, as she will be performing in Greek.

This refreshing and interactive production, staged at The Alex Theatre, is set to take audiences on a unique adventure from start to nail-biting finish.