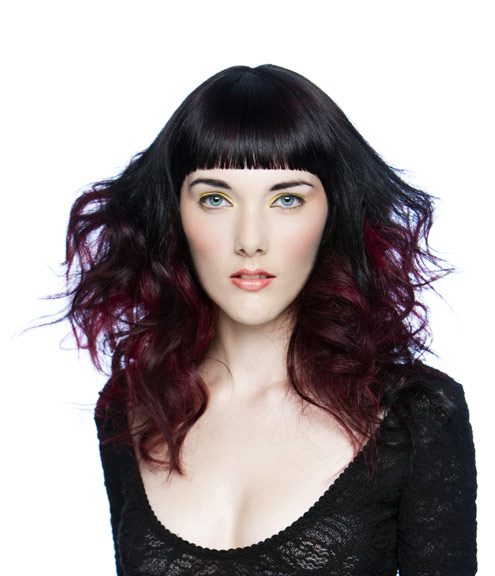 If you are on the hunt for a fabulous new hair do, you might want to write the names, Frank Apostolopoulos and Zoi Georgiou in your little black book.

Apostolopoulos, 31, from Biba Fitzroy and Georgiou, 24, from Xiang Hair Greensborough are two of four Melbourne hair stylists to be named finalists of the esteemed L’Oreal Professionnel Colour Trophy State Final.

The duo, who impressed judges with their interpretations of a magazine cover look will compete head to head for the coveted Colour Trophy in the upcoming national finals.

Apostolopoulos is also in the running for the competition’s Men’s Colour Award.

“The look for the models were inspired by the street; that messy, undone look that is very wearable and not stiff on the person,” he says.

Apostolopoulos veered away from the sharp, geometric trends to create a soft, messy bob; a look which he hopes will win him the national Colour Trophy on July 4.

Georgiou’s winning look was also inspired by a softer hair style. She softened the model’s blunt fringe with tousled waves, and blended a magenta colour into the dark base colour to create a fiery effect.

“I wanted to create something with attitude but not over done,” she said.

“It is something that every woman can wear, especially if they have straight hair and want something different.”

Apostolopoulos, a hairdresser of 16 years is also a finalist for the 2010 Australian Hairdresser of the Year Award.

Georgiou, on the other hand is a newcomer to the industry with just three years of experience.

She was previously a singer who appeared in Greece’s Fame Story 3.

The L’Oreal Professional Colour Trophy is held in 37 countries, with winners receiving up to $120,000 worth of prizes. This includes a four page spread in Marie Claire magazine and a trip to London to attend an exclusive hair seminar.