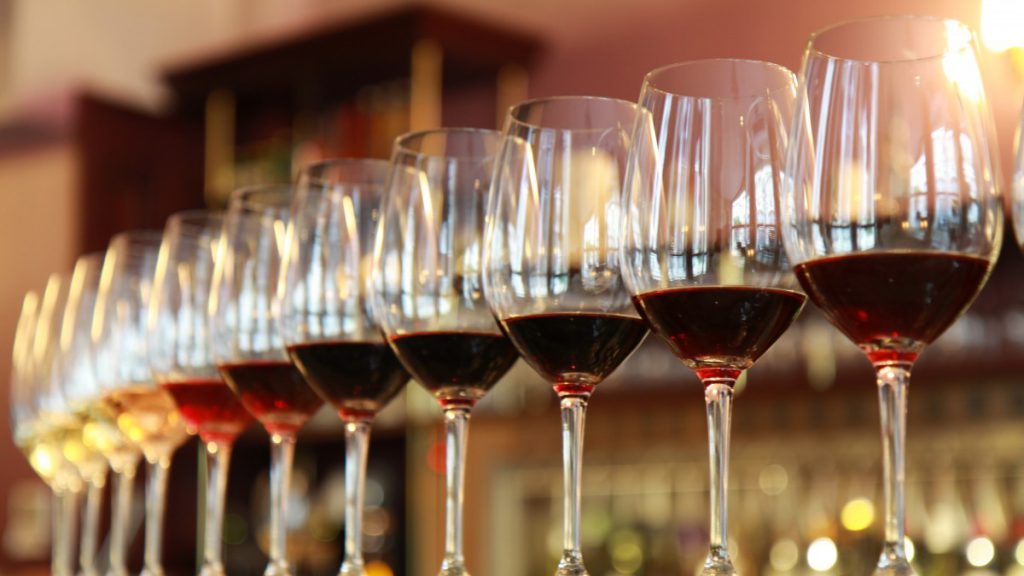 So this is what it has come to. A delegation of Greek winemakers, here in Australia, finest wares in tow, matching their potations to a selection of Asian fusion cuisine. Could there be a more apt city than Melbourne for such a clash of west-meets-east? Given the enormous Greek and Asian populations present, it’s a surprise this isn’t a more frequent occurrence.

And here I am. A half-Asian (less so “fusion”, more so “confusion”) and sometime-contributor to a Greek publication, who admittedly has a stronger inclination to whisky and craft beer, and whose main experiences with Greek libations have been less-than-ideal encounters with ouzo during a European backpacking trip. Can an old dog learn new drinks?

New Wines of Greece is an initiative of the Greek wine industry supported by the European Union and the Greek government (I think we can agree that wine is the great unifier), with the campaign making its second visit to Australian shores in June for a series of tastings, masterclasses and dinners. The venue for this evening was Supernormal, the Flinders Lane establishment that is decidedly Japanese in aesthetics but whose culinary scope extends far beyond.

I find myself seated next to Effie, an oenologist who also happens to be the export face of Lyrarakis Wines, one of the largest producers in Crete. She explains that the Lyrarakis Plyto, accompanying the starters, has been selling particularly well in Japan over the past six months, but she is yet to venture to the far east to investigate further. Thus, it seems fortuitous that Supernormal was chosen for the evening’s nosh; whether it be beer, sake, whisky or otherwise, Japanese tastes (without wanting to generalise here too broadly) often lean towards styles that show sufficient restraint in palate and alcohol in order to complement the fresh and subtle flavours within many of their local dishes, but also possess enough depth to be an experience of their own.

Many of the Greek wines up for tasting this evening certainly meet this criteria.

As it turns out, the grassy citrus character of Lyrarakis Plyto paired up wonderfully with a series of light and tangy starters including pickled vegetables, oysters, kingfish and marinated cuttlefish – but so too did a renowned varietal in the form of Troupis Winery’s “Fteri” Moschofilero, delivering a crisp, mineral flavour enveloped in a rosy bouquet.

Following on, the entree contained one of Supernormal’s iconic dishes – the straightforward but devilishly moreish New England lobster roll, together with the reputable and reliable prawn and chicken dumplings. The Ktima Pavlidis “Thema” White blend of 50 per cent assyrtiko and 50 per cent sauvignon blanc added a dollop of fresh fruitiness to the palate, and is a great option for those who would usually reach for a NZ white blend full of melon and passionfruit.

From listening in to conversation amongst the attendees and sampling the offerings, it’s something of a mystery that Greek wines haven’t carved out a bit more real estate amongst the shelves of Australia’s liquor retailers and in the minds of consumers, especially with a history of winemaking dating back more than 6000 years. As Australians we obviously look to local and Kiwi producers when seeking bang for buck, and when we’re feeling a bit adventurous we often turn to the usual suspects in Western Europe and South America.

Greek wines may face competition purely from a cost perspective, but when you lay down your cash you know you will be getting something different, something set apart from a global varietal homogeneity, something distinctly Greek.

Anyway, following some vigorous discussion around the table on topics such as the merits of organic wine, the main course took us to inland China for a handsome slab of slow-cooked Szechuan lamb, falling apart with the barest of effort, accompanied by spring onion pancakes and coriander paste.

Flying the flag for Greece were a number of reds, including one that was certainly one of my evening’s highlights – the Boutari Grande Reserve Naoussa, a rich (but not needlessly heavy) 100 per cent xinomavro full of woods and red fruits, and enough spice and acidity to hold its own alongside the meat. Another one to rock my proverbial boat was the Theopetra Estate Limniona, possessing an earthy spice but softer on the tannins and acidity than the Boutari.

Admittedly I was looking forward to one of the the dessert wines; specifically, the Domaine Sigalas Vinsanto, composed of 75 per cent assyrtiko and 25 per cent aidani from old, old vines and aged for 24 months in oak barrels. Simply exquisite. Domaine Sigalas happens to be located near the town of Oia in northern Santorini, yet despite spending a week lazing around in Oia in 2014 I was somehow foolish enough to overlook a visit to their grounds – certainly a missed opportunity to be rectified on a future occasion.

The evening ended with something of a curious treat. Peter Barry, manager of Jim Barry Wines, distributed tastings of his 2015 Assyrtiko, having started the crop on his Clare Valley estate a few years ago with cuttings taken from a single Santorini vine. Whilst somewhat still in its infancy, over time it will interesting to see how the grapes take to the local climate, and to compare the results to that of its homeland. And just to outdo himself, Peter produced a 2002 bottle of The Armagh to ration out amongst the table. Even a self-professed beer-guzzling philistine like myself had reason to pause and acknowledge the heft of this indulgence. In short, I absolutely rue the fact that I was so woefully ignorant on the breadth, depth, and distinctness of Greek wines prior to this event.

Whilst innumerable winemakers across the globe will continue to produce readily available mainstays such as riesling, shiraz, and pinot noir, there is a place out there in everyone’s cellar and on everyone’s table for xinomavro, moschofilero, plyto, and so on; this is a slice of pure Greece. Peter Barry lamented that it’s “a story and a world of complexity that nobody knows about” – well, hopefully the New Wines of Greece campaign will ensure those words no longer hold true in the near future.

For more information on the New Wines of Greece campaign and Greek wines in general, head to: www.newwinesofgreece.com