A taste of Kalymnos in Adelaide Kalymnos Pastries (KP) is one of Australia’s most famous Greek dessert spots and has been providing customers with the opportunity to enjoy four generations of traditional Greek, European cakes and pastries since 1995.

Famous for its delicious cream kataifi, the signature sweet of the family-owned Henley Beach Road bakery attracts many sweet tooths craving some roasted pastry with almonds, topped with syrup, custard and cream. Owner George Diakomichalis has even reworked many traditional recipes into gluten-free and vegan delicacies.

George has been the regular face on the dessert segment of Channel 7’s popular TV series Out Of The Blue, cooking traditional Greek desserts and adding his own unique twist to products regularly featured on the show. 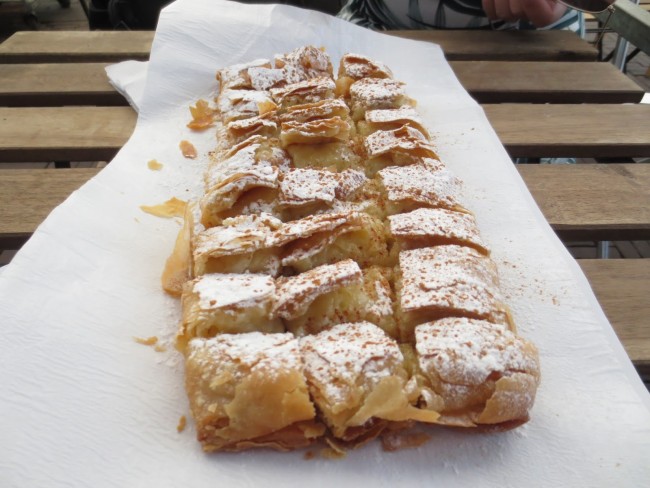 George himself has many such tales to tell, as his own multi-award-winning Adelaide business has a history spanning almost 100 years. It was in 1918, when George’s great-grandfather Michalis Vouros opened the first pastry shop on the Greek island, called I Orea Kalymnos (The Beautiful Kalymnos).

“The patisserie is still operating, but everyone refers to it as ‘Tou Vourou’,” George tells Neos Kosmos.

“My great-grandfather was nine years old when his father passed away and as the eldest, he was sent to Russia to work and support his siblings. He lived with and worked for a Greek family of pastry chefs there. In their kitchen he learned the art of patisserie.” 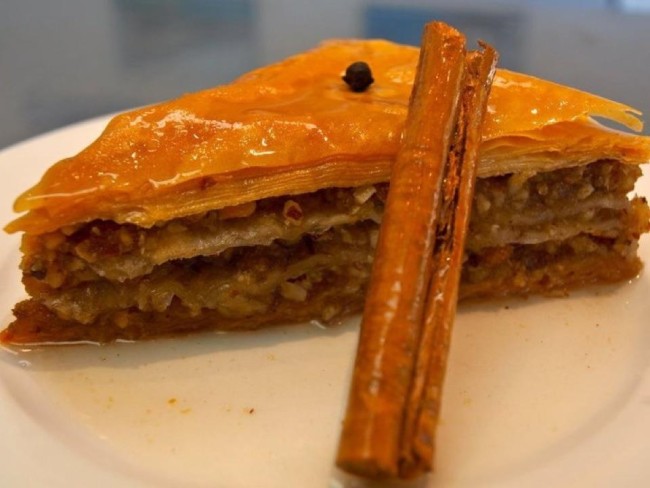 When Michalis Vouros turned 20, he left Russia and moved to Paris for a year, where he worked as a pastry chef and trained in new techniques. He then returned to his homeland, Kalymnos, and opened the family’s first zaharoplastio.

“My pappou followed his father’s example. He loved it and he kept doing it until the day he passed away at age 86,” George says. “Till the end he was going in the shop and meddling.
“I’ve experienced this first hand as I trained under the guidance of my late grandfather and two uncles over in Kalymnos, before opening KP in Adelaide.”

George, who was born in Australia, spent most of his young years going back and forth to Greece with his migrant parents. He grew up around Hellenic flavours and would enjoy the occasional cook or bake off, but his experience as to how he could run a business was limited. In Kalymnos he was taught how to manage and produce large quantities without compromising quality.

“When I came back to Australia I was lucky enough to have the support of my family here that helped me set up the business,” he adds. “My mum, who has great sense of what should go in the food, also worked as a waitress and my dad, a bank manager, did deliveries for me in the morning!
“At the core of Kalymnos Pastries is family.”

George has entrenched himself in those values and his goal is to help keep traditional Greek recipes alive and to inspire younger people, sharing the knowledge handed down to him from previous generations.

Right now, he employs 19 people at KP and is expanding his shop, adding a Greek style mageirio space which will be up and running on Wednesday 9 November.

“I’ve recently taken on more people purely because we’re opening up a café section next door,” he explains. “I’m training them to our style of pastry-making from the beginning, which is a challenge.”

“Now with next door we’re going to increase our everyday lunch options. It’s going to be like an old-school staple Greek place, a mageirio. People will come in and ask ‘what new have you cooked today?’ and it will be either stifado, moussaka, briam or whatever the home-cooked special of the day is.” This new venture won’t affect the patisserie’s classic menu, which features a range of more than 40 desserts and sweets baked daily. Across the board, things like the iconic baklava; consisting of thin layers of golden filo, filled with chopped almond and other condiments, are always selling fast.

It goes without saying that if you ever find yourself wandering in South Australia’s Torrensville, it’s a sin not to pay George a visit.

“We are the luckiest people in the world here,” he enthuses.

“Australia allows us to keep the traditions of our Greek heritage alive whilst living in this wonderful land.”