The Apollo Sydney ranked seventh-best restaurant in the world It was back in 2011 that two Greek Australian friends, Jonathan Bartlemess and Sam Christie from Longrain, decided to partner up and join not only their common heritage but also their dream.

This is how The Apollo was born, nestled in Sydney’s Potts Point in an ambient elegant space surrounded by rough concrete and marble, curated by acclaimed architect George Livissianis. The Apollo offers both banquette and outdoor seating as well as a special chef’s table sitting adjacent to the kitchen as a transition between dining room, kitchen and pantry.

The restaurant has a keen eye for detail while celebrating the flavours of the Mediterranean, heroing Greek cuisine.

Barthelmess’ cooking has placed him among the best chefs in the world, with his Sydney establishment being ranked seventh-best restaurant by the prestigious Monocle.

Inspired by his mentors Stefano Manfredi and Janni Kyritsis, Barthelmess stepped into a more innovative and experimental path, with the sole aim of satisfying even the most demanding customer. 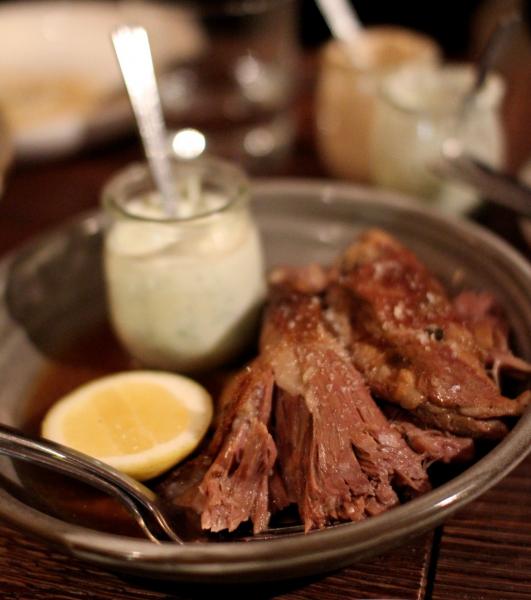 Even though the 37-year-old chef’s approach is modern and unique, his dishes are an ode to Hellenic traditions and origin.

“You don’t really think about awards and things, but the most satisfying thing is definitely when you’ve got heaps of customers and you’re in demand,” Barthlemess said, adding that making the next meal he serves better than the last is what matters the most.

“Awards are great and being mentioned in Monocle is such a good thing for the staff and the team and is inspiring for us all, but as long as the customers are having a good time, that gives us energy.”

With that being said, it is no wonder The Apollo is the only Greek and Australian restaurant to have made it to the list.

For more information, go to theapollo.com.au