Two Greek entrepreneurs are behind OLEO, designed to be taken as a nutritional supplement for its health benefits 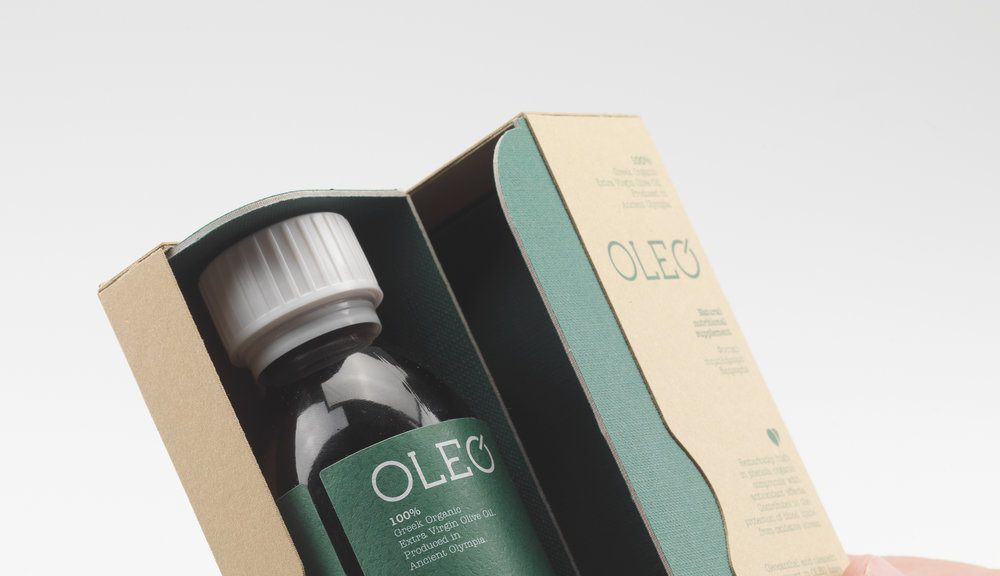 Two Greek entrepreneurs have presented a new product: very healthy organic Greek extra virgin olive oil in a 150 ml container that looks like a medicine bottle. This is no coincidence: OLEO is designed to be taken as a nutritional supplement in measured doses of five mls per day for its health benefits, according to the OLEO team. So one bottle will last a month.

“The phenols in olive oil create two new markets: one for food supplements in capsules or liquid form (medicinal aspect) and one for healthy oils that will be used in the kitchen,” according to Dr Prokopios Magiatis, Associate Professor of Pharmacy at the University of Athens. Magiatis’s team has made important discoveries about the numerous health benefits of high phenolic extra virgin olive oil (EVOO) in recent years.

While other manufacturers emphasise olive oil’s wonderful flavour and its contributions to fine cuisine, OLEO’s makers focus upon olive oil’s medicinal qualities. Their website states that “OLEO is a natural food supplement made from 100 per cent Greek organic extra virgin olive oil, which is produced in Ancient Olympia.” It is produced from Ladoelia olives and bottled in nearby Krestena, so it is wholly a product of the Peloponnesian peninsula of Greece.
OLEO co-founder Ilias Nikolakopoulos claims that, “the health benefits of olive oil are unrivalled, and research reveals more benefits nearly every day. In fact, we are just beginning to understand the countless ways olive oil can improve our health and our lives. As a result, we are looking to educate consumers on the power of polyphenols and their enormous health benefits through OLEO.”

According to OLEO’s website (www.oleo.healthcare), oleocanthal and oleacein, the phenolic compounds that are plentiful in OLEO, are “associated with anti-inflammatory, antioxidant, cardioprotective, and neuroprotective properties.” OLEO’s “high concentration of phenols and organic ingredients” qualify it to display the health claim that it can “help protect blood lipids from oxidative stress, according to the European Regulation 432/2012.”

Their website’s long list of potential health benefits from extra virgin olive oil includes protection from osteoporosis and diabetes, enhancement of the immune system, antimicrobial activity, and antioxidant activity. OLEO’s website supports these and other health claims by displaying numerous abstracts from scientific studies that provide evidence that the oleocanthal and/or oleacein in extra virgin olive oil help to prevent or treat a number of diseases.

The OLEO team claims “the oleocanthal and oleacein concentrations in OLEO are considerably higher than the average of the olive oil samples (135 and 105 mg/kg) which were included in research at the University of California, Davis. OLEO is remarkably high in phenols and organic compounds with antioxidant effects.”

A certificate on their website shows that the analysed sample contained 41 mg of hydroxytyrosol, tyrosol, or their derivatives per 20 g, which is far more than the 5 mg required for the European Union health claim about helping to protect blood lipids from oxidative stress, according to European Regulation 432/2012.

OLEO was awarded the Gold Standard of Excellence for High Phenolic Extra Virgin Olive Oil by the Olympia Health and Nutrition Awards committee in Ancient Olympia in June 2016. At the same awards ceremony, Ioannis Diamantopoulos (OLEO’s olive oil producer) and the startup company OLEO also won a bronze diploma as one of the best EVOO producer companies supporting biomedical research and activities. This year, OLEO will participate in the London International Olive Oil Competition and the Aristoleo Awards, both of which emphasise the health benefits and taste of olive oils.

OLEO is a startup company based in Barcelona, Spain. The company was established there because entrepreneurship is better encouraged in Spain than it is in Greece. The OLEO team has launched their product in Sweden and hopes to move into the rest of the Scandinavian market, and farther afield, as well.

Ilias Nikolakopoulos and Michalis Mikroulis intend OLEO to join “already well-known nutritional supplements, such as cod liver oil and collagen.” Their goal is to share “the beneficial properties of olive oil and to transfer a bit of Greece to every corner of the world.”