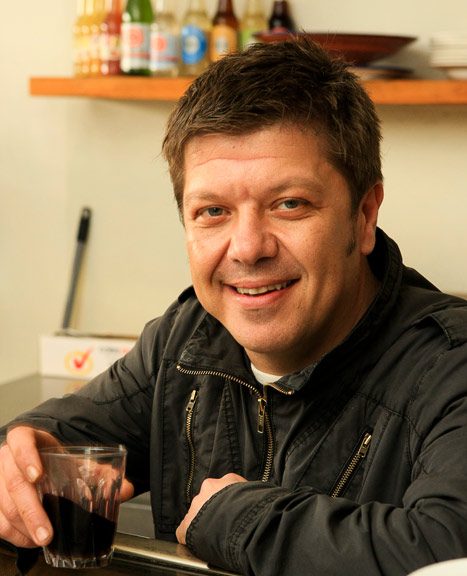 Only four Melbourne Greek restaurants have made it into The Age Good Food Guide 2011, the city’s preeminent restaurant guide, which was launched this week.

The changes reflect the increasing quality of modern Greek food in Melbourne, and perhaps increasing competition between restaurants at the more casual, informal end of the market, with standards being raised there, too.

Their country brethrens fared much better, with five Greek entries from regional Victoria, reflecting the strong showing by country restaurants this year.

The Royal Mail Hotel in Dunkeld beat Melbourne’s top eateries to win restaurant of the year, only the second time the prize went to a restaurant outside Melbourne.

But this year’s Greek picks reflect the evolution of the local Greek restaurants over the past five to ten years.

As Melbourne’s dining scene and palates have become increasingly sophisticated, discerning and often fickle diners are hungry for the new and exciting.

Melbourne’s old-style Greek taverns have been usurped by the new generation of savvy, modern restaurants.

For the first time, popular Jim’s Greek Tavern failed to make the grade.

Last year, the Collingwood institution earned a place in the guide’s 30-year Hall of Fame, having appeared in every edition since the inaugural guide in 1980, clinging on with an average score of 12/20 (the minimum required for a place).

“The changes reflect the increasing quality of modern Greek food in Melbourne, and perhaps increasing competition between restaurants at the more casual, informal end of the market, with standards being raised there, too,” says AGFG editor Janne Apelgren.

“We have a great deal of respect for our stayers, and Jim’s had been a guide fixture. We hope they will be back.”

George Calombaris’ two-hat restaurant, The Press Club, remains Victoria’s highest-rated Greek eatery – and the only one to have achieved national and global recognition.

The glamorous Flinders street restaurant was this year awarded its best ever score of 16.5/20 since debuting as best new restaurant in 2008.

The main restaurant was given a makeover last year, while the adjacent bar was recently relaunched as the Little Press and Cellar.

The rest of this year’s Greek picks were less about fine dining, and more about contemporary takes on rustic, provincial cuisine, while maintaining the convivial and casual Greek style of dining.

Brunswick Street veteran Pireaus Blues was the only other city restaurant to make it into this year’s guide.

Hip Richmond cafe Demitri’s Feast made a stellar debut, appearing in two coveted new categories – “Five of the Best breakfasts” in the city and the top Gourmet Cafes list.

Owner Jim Karabagias was thrilled to be listed alongside top eateries such as MoVida Terazza, Birdman Eating and Cumulus Inc.

“To be in that company is an honour and very humbling. Even though I am passionate about what I do, these are the people in the industry that I look up to,” he says.

Since opening last year, the tiny cafe has become a local favourite, though curious weekend diners have vying for a table after it made the list of top breakfasts in the Cheap Eats Guide and was nominated Australia’s best new breakfast by Gourmet Traveller magazine for inspirational dishes such as the Baklava French toast.

In regional Victoria, the Talimanidis brothers, Kosta and Chris, have maintained their longstanding stronghold – and healthy sibling rivalry – along the Great Ocean Road.

Chris’s Restaurant at Apollo Bay gained half a point this year to equal the 14.5 scored by Kosta’s A la Grecque at Aireys Inlet.

The Big Fat Greek Bar and Grill in Rhyll, near Phillip Island was another new regional entry.

Also getting noticed, though not for modern Italian cuisine, is chef Vasilios Dounoudis, who took over the kitchen at one-hat Church St Enoteca.

The guide’s selections in the past five years provide a historic snapshot of the city’s Greek dining evolution.

Greek cuisine may have become trendier, but the number of Greek restaurants in the guide has remained steady at about 9-10 since 2007.

Promising but short-lived Kabana Brothers in Hawthorn was probably ahead of its time in 2005 when it tried to break out of the cliche taverna mode.

Mini, with its hip Flinders Lane basement locale and refined modern Greek cuisine, debuted strongly in 2005, scoring 14.5 in 2007 before closing its doors a year later (owner Charlie Sirianos and chef Perry Peters were back in this year’s guide with Nacional, in Albert Park).

The Rose Hotel in Port Melbourne, touted as the best upmarket Greek restaurant in 2007, was left out of the guide last year.

Other restaurants to have dropped off in recent years include Kri Kri in the city, Port Melbourne’s Stavros Tavern, Fairfield’s Trapezi, Toorak’s Taverna Alevansi and Southgate’s Kouzina.

Fitzroy’s Alpha Ouzeri missed out on a place this year, after appearing in its first year in 2010.

“Sexy marriage of taverna and top of town”

“The menu takes ubiquitous dishes – dips and bread, char-grilled meats – and rejuvenates them.”

“A place that’s worth crossing town for.”

“Dedicated to satisfying appetites and tied to tradition.”

“A menu that packs a lot of surprise for such an out of the way location.”

“An excellent example of both Greek-Cypriot food and hospitality.”

Victoria Kyriakopoulos has been a contributor to The Age Good Food Guide since 2007.