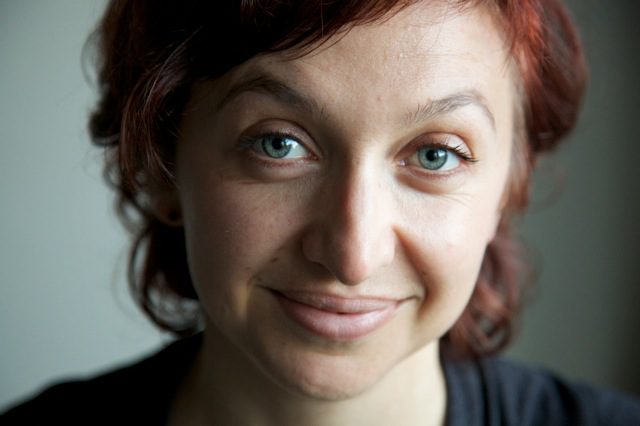 Kath Papas is a producer of dance, but has only chosen to use this title recently, before that she was director of the dance advocacy organisation Ausdance, Victoria.

The word ‘producer’ traditionally conjures up notions of power, influence and the kind charm factor that can move mountains.

In the history of dance it’s Serge Diaghilev, the great Russian impresario who brought Ballets Russes to the world, who is often the source of inspiration for anyone with the inclination of taking on that role.

Now, whether Papas had a poster of this iconoclast hanging above her bed when she was a student will remain in the realms of personal fancy. The bottom line here, is we have a personality who has the courage to go forward with such a title.

Particularly in regards to an art form that pretty well relies on the safe financial hub of government funding, not private investment or philanthropy, which is practically non existent in this country.

Right now Papas is in Malaysia touring with another cultural anomaly and Australian arts success story, dancer and recent Australia Council for the Arts Fellowship recipient, Tony Yapp. “I’m here with Tony and his company in the capacity as a freelance producer here in Malacca,” said Papas over the phone from Malaysia.

“Tony set up a contemporary arts and visual arts festival arts here last year and we’re back again to deliver the same festival for its second year.” The focus of this festival, Papas went onto say, is to set up a hub as an exchange for independent artists from Asia, especially South East Asia, “but there’s also an artist from Japan and Korea and a break dancer and Hip hop dancer of Laotian background who is based in France,” said Papas.

And on top of all that, as part of a cultural exchange program, 11 Australian artists, in both the visual and performing arts, have travelled to Malacca to be part of the Festival.

Before this Papas was the head of Ausdance until June last year. “I was there for seven years and for the last 18 months I have been freelance,” said Papas.

Compared to the structure and security of an organization like Ausdance, this role makes her career now an entirely different animal.

But Papas seems reasonably confident with this change of tempo, “I love it and one of the main motivations behind me leaving Ausdance was to find an independent identity outside an organisation for a while. I really value the freelance life. Although it does come with a certain degree of financial uncertainty, the trade off is this wonderful flexibility.”

For example, while she is working on the Festival in Malaysia, she is also working on her projects in Australia, “so as to keeping them ticking over,” said Papas.

And with that privilege of flexibility, after the Festival in Malacca, Papas will be heading off for an eight day holiday to Hong Kong to visit a close friend and then back to work, this time to Korea to rehearse for another project with Tony Yapp.

Being a successful producer, the key is having vision of a much bigger picture, a long term and upbeat perspective on their industry. Although there was some discussion on why Australian dance has been so successful overseas, Papas’ most inspiring comments were about how exciting dance can be in this day an age,

“We have a far greater understanding of the nature of fitness and injuries and how to deal with them. Back in the old days if dancer was injured that was usually it, the end of a career,” and the loss of knowledge that can really only be transferred over to teaching or administration. “But now that’s not always the case and dancers can keep going into their later years,” added Papas.

“And this offers a unique opportunity for many dancers to achieve a true virtuosity through their many years of practice.”