The quiet achiever of the arts industry, John Paxinos stands up and gets recognised 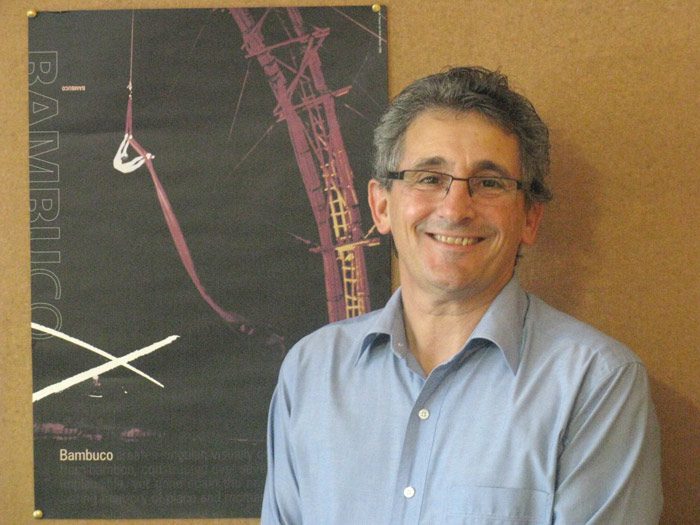 To artists, John Paxinos is a hero. A quiet achiever, he has supported small to medium art companies and artists for over 30 years. This year, his life’s work has been recognised. He is the 2010 recipient of the Facilitator’s Award of the Sidney Myer Performing Arts Award.

“The Myer foundation are an extraordinary organisation because of their commitment and philosophy throughout the arts, they are held in a very high regard. Because the award has been going so long, 27 years, it means an awful lot to me to be recognised by that organisation and to join that list of luminaries. It is really lovely to be recognised by your peers.

John’s work began when he was invited to join the Board of Directors of the Murray River performing group of which he took the role of general manager in 1979.
“That was my entree into the arts,” he told Neos Kosmos. “It was something I planned from the beginning and of course mum and dad were appalled to hear I was leaving a safe and stable environment (teaching) to go and work in the theatre.”

Although he is not an artist himself, his admiration for people who are is what guided him in this path.
“Someone who is able to paint, to sculpt, to write or sing, any expression of creativity I am honestly in awe of that ability. I find the performing arts fascinating – that marriage of intellect and emotion and physical action.

John saw early on that his personality and work ethic was the perfect match for the temperament of an artist.

“I’m really grateful that I have skills, attitude and temperament that allow me to work very well with people doing often quite complex and difficult things. The things they don’t worry about I do and things I don’t worry about they do – it’s kind of a yin and yang working relationship.”

His tireless advocacy for people in the arts, and artists is truly inspiring. John has successfully built artistically vibrant and financially robust companies. He is behind the success of hundreds of artists and small companies, helping them organise their company governance structures, sort out their finances, meet regulatory requirements and share the essential business skills required to sustain a long-term career as an artist.

“The arts and the artists never really have a lot of money and it’s not easy to work in the arts, and whilst there is some arts funding available and it’s wonderful that it is there, a lot of what goes on is subsidised by the artist. So in many ways you do your very best to give them everything you possibly can.

“They are giving ten times for what they are getting so to me, working with someone and charging them by the clock is not right – the arts are not a lawyers office, it’s a different kind of world. You do as much as you can because you have to.”

Along with Maria Katsonis, John set up Auspicious Arts Projects; an independent body that exists to provide a secure management framework for artists undertaking creative development projects. In 2010 alone, Auspicious took over 200 projects.

“We set it up in a simple way with a particular philosophy which was that you have got to give the artist the responsibility for the decision making. Quite often with what we do the artists can be looked on quite paternalistically and people say we have to look after them when quite often the case [is] we are there to serve what they are trying to do.”
From this, Auspicious Arts Incubator grew.

“We found we had been working with people for ten years and they needed to take their business to the next level, so it was set up to try and take those experienced artists who have small arts companies themselves going to train them in all the business skills and all the marketing skills so that they can create and manage viable arts business.

We very quickly found out that when people are running businesses they need immediate help in today’s crisis. So we quickly developed the triage model.”

A career this long, it’s inspiring to see John still so utterly committed to the arts. He said his “greatest achievement is still being here”.

“There isn’t a lot of money in the arts and it’s hard to survive. I think my greatest achievement is that I am more enthusiastic about doing what I am doing than I ever was.”