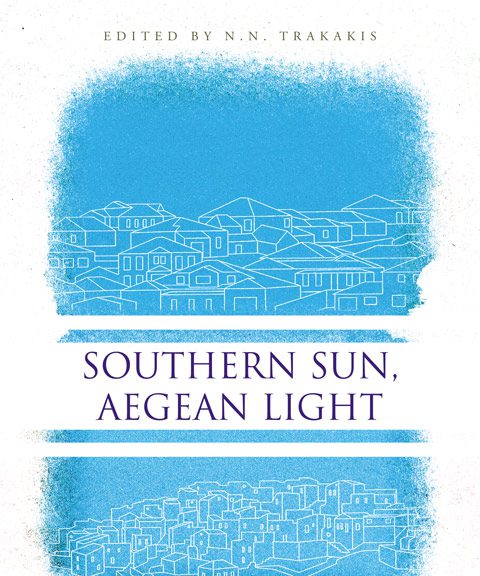 “Southern Sun: Aegean Light” is a distinctive piece of work, and correctly yet understatedly marketed as the first attempt to collect poetry by second-generation Greek-Australians in a single volume.

The truth of the matter is that it truly is so much more. Edited by Melbourne-born Nick Trakakis, the anthology captures the concepts and images that so frequently littered the experiences of a ‘wog-boy’, or girl for that matter, growing up in Australia in the late 20th century.

From the powerful imagery of Koraly Dimitriadis in her appropriately titled “Cyprus”: ‘on the Broadie train from the suburbs to the city, sometimes my mind dives into Mediterranean waters’, to tales of a loving grandfather and equally doting granddaughter: ‘Pappou teleoresee’ in Angela Costi’s “The Blood Rose and the Artichoke Heart”, Southern Sun brings together the work of more than 30 poets, each with a different story to tell of the trials and tribulations of growing up as second generation Greek Australians.

However, as different as the tales may be, there are glaringly obvious themes that emerge: racism (“Nobody calls me a wog, anymore” from Komminos Zervos and more bluntly, “Wog” from Koraly Dimitriadis); family (“For My Mother” by Konstantina Dounis and “My Father died in spring” by Nicholas Kyriacos); and of course, the ‘patrida’, Greece (“Syntagma Square, Athens 1999”, by Helena Spyrou and Komminos Zervos’ “Kastellorizo”).

That said, there are just as many references and observations that do not necessarily revolve around typically Greek Australian occurrences, but simply, of being Australian. From Vasili Stavropoulos sharing three of her Sydney-based experiences, to Peter Lyssiotis’ “32 Davis St, East Burwood”, these are the stories of growing up in a modern, and what was a truly multicultural Australia, perhaps even more so than the current day.

The book is divided not by theme, but by author, with each providing various insights into their experiences. In terms of poetics, each writer brings to the table a distinct style, but the constant themes that run through them cannot be missed.

For poems to be effective, they generally need to be strong on imagery – and on the whole, that is most present here. The ability that each poem has to trigger a series of memories of the reader’s own is profound.

Over and above the elegant prose and poetic licence of the authors, it is this trigger that truly and repeatedly makes this an overwhelmingly pleasant and at times emotive read, and one that many a Greek-Australian would thoroughly enjoy. The book will be officially launched as part of the Greek Festival of Sydney. See Gig Guide for details.