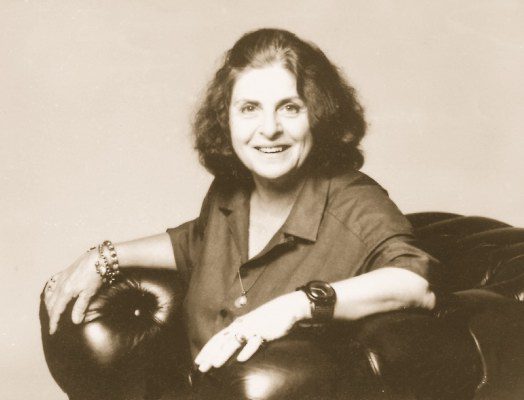 Vasso Kalamaras has achieved a great deal since she came to Australia in 1950. With four collections of poems, successful plays and numerous works of prose including the first bilingual book ever published in Australia, one wonders how she managed to find time, what with raising a family and teaching? “Life is short,” she explains. Her latest collection, Expatriates: contemporary Australian tales is informed by her experiences migrating to Australia but says it’s broadly relevant, not a personal memoir.

“The book is not just about Greek expats. Such problems are always the same. We have migrants from many countries. The message and meaning is the same for all people who go to a new country.” She won’t say how old she was when she arrived, just that she was young, newly married. Her modesty is charming. She came out with her husband, Leonidas, whom she met at the School of Fine Art in Athens. His father was working in Western Australia, to support the family back home. But there was no work in Perth. Instead they all moved out of town, bought some land which they cleared, built a little house on and grew tobacco. It wasn’t easy. “We had to work very hard in the bush. There was no money. We were an economical family. We were living a very isolated life, alone out there, no power, no telephone. But it made us strong.”

It must have seemed like another planet. She was educated and cultured. She’d studied Russian and French literature, she painted, played piano, wrote poetry. Strangely, she says a classical education was great preparation for her new life. “Oh, I learned to love nature. Even when I was lonely or depressed, I thought about the philosophy of Rousseau, and remembered how lucky I was to be surrounded by nature. I felt very fortunate to live in such an environment. And each year it got a little better.”

It was while they in the bush that she began writing about her experiences, posting stories to magazines, getting them published. When they moved to Perth, she continued to write and has done ever since, in both English and Greek. In fact, it is this sense of having two perspectives which perhaps allows her to relate her experiences so fully. It is revealed in the way she talks about being in Australia. “I love Australia, more than any Australian. But I am thankful to Greece also, and to Greek culture. Here we love what we have in front of us. But we also have the free beautiful spirit of the Greeks. Nobody can destroy or spoil this, it always protects us.”

Expatriates: contemporary Australian tales will be launched at the State Library of Western Australia on February 16 2012. It is currently available for purchase from www.owlpublishing.com.au