Getting to know Halloumi, a traditional European cheese

On Wednesday, Neos Kosmos attended a three-course dinner at Epocha, dedicated to introducing one of Australia’s newest Cypriot cheese brands, Halloumi Cheese, to foodies and critics.

The dinner’s purpose was to celebrate one of the tastiest, most unique and light types of cheese in the market while showcasing its versatility and bold flavours.

Hosted by the Panagrotikos Farmers Union of Cyprus who are visiting from Greece, and in collaboration with famous restaurateur, Angie Giannakodakis, Epocha’s team created enticing recipes, trying to demonstrate the various ways halloumi can be incorporated into trending seasonal menus this spring.

THE UNIQUENESS OF HALLOUMI
Halloumi is a protected dairy product of the EU; thanks to its unique and close relation between microclima, tradition and ecosystem.

It is produced with fresh milk – predominantly sheep’s or goat’s milk, and sometimes with the addition of cow’s milk for more variation. The milk is harvested from local herds that are born and raised on the island, fed with foods based on the island’s native flora.

The milk is turned into cheese with the traditional technique of consumption, coagulation with rennet, which helps preserve the milk’s high organoleptic properties attributed to the particular and mild microclima of Cyprus.

Fresh or aged, halloumi is roasted at a very high temperature for a certain time and this procedure results in its unique properties. The difference between fresh and mature halloumi is that in the second instance the cheese remains in brine for 40 days, and this procedure grants more intense salty taste. When it is folded and peppermint is added in between, the halloumi acquires an even more enticing aroma.

Halloumi can have various forms; it can be semi hard or quite soft and elastic but always cohesive, folded or not, white to yellowish, flavoured with peppermint, spearmint, oregano or basil.

The famous Cypriot cheese that has become an international export is not only unique because of its flavour and unique way of production, but also due to its ability to preserve its form in every way of cooking – be it in a pan, on the grill or the oven.

PFU is based in Nicosia and runs offices in Famagusta, Limassol, Larnaca and Paphos. It is also actively involved in the formulation and implementation of the agricultural Policy of the Republic of Cyprus as a member of international and European organisations, such as Copa Cogeca and W.F.O.

Its philosophy is to support farmers on the basis of social market economy, by implementing important programs aiming at the promotion of the main agricultural production and national actions for the benefit of its members, following social and ethical policies at all levels.

The program ‘Halloumi, a traditional European cheese’ aiming to reinforce the product’s image and consumption internationally, is an initiative by PFU, financed by the European Union and the Ministry of Energy, Commerce, Industry and Tourism of Cyprus with the approval of the United States of America, Australia and The People’s of China regulations. President of the Cyprus Community of Melbourne and Victoria Stelios Aggelodimou speaking at Panagrotikos' dinner at Epocha.

THE FLAVOURS
Halloumi may be tasted in countless ways. Grated on pasta, as an appetiser to upgrade salads and vegetables, fried or roasted with figs even as a dessert.
It is exactly that potential that Epocha’s Angie Giannakodakis and head chef Gerard Curto Rodriguez set out to demonstrate, creating an intricate three-course menu.

Chef Curto Rodriguez who is from Spain tried to embody the flavours of Cyprus in his dishes and combine them with local Australian produce while pairing the final flavours with some of the most praised Greek wines, not to mention a special Commandaria vintage.

The dinner started with a roast pumpkin, farro, molasses and grilled halloumi dish topped with fresh dill accompanied by a 2017 Xinomavro Malagouzia from the Kelesidi Estate Evodeas in Yinnakohori.

The next flavour explosion came with the Black Angus Steak tartare with bone marrow, halloumi and potato galette. We enjoyed that delicacy with a glass of the 2013 Dafni from the Lyrarakis Psarades Vinyard in Crete. 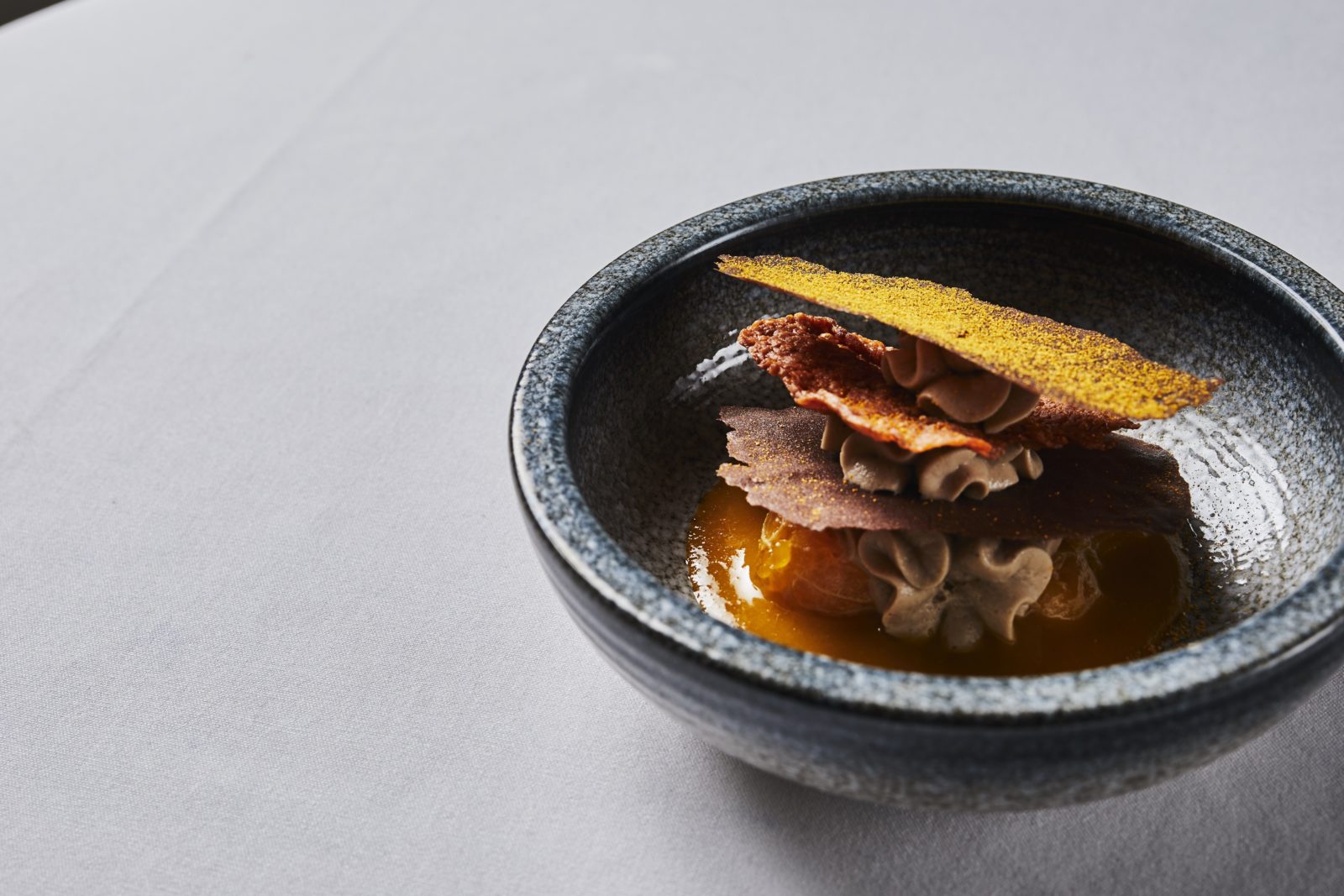 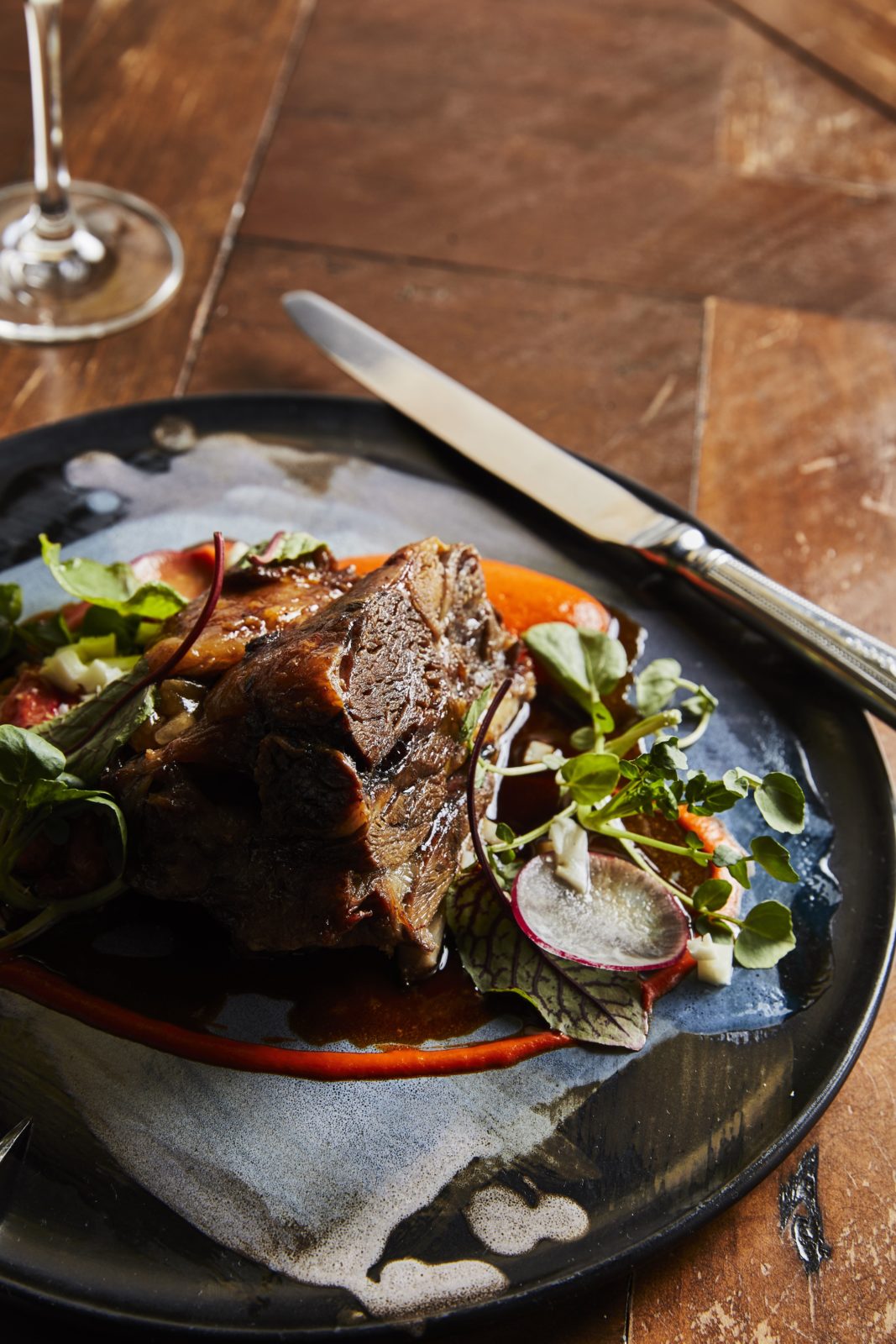 We also got to try a very tangy palate cleaner and a great in-between selection to prepare us for the fruity dessert, the 2010 Refosco Agiorgitiko from the esteemed Chateau Julia in Drama, Northern Greece.

Finally, our taste-buds reveled in the flavours of the halloumi based Mille Feuille, a deconstructed sweet dish with gianduja, mandarin and bitter chocolate tuille with a glass of St John’s Commandaria, a famous Cypriot blended wine that dates back to the time of the Crusades produced in the Troodos Mountains. The crusaders named the wine Commanderie after their headquarters, finding it to be not only an excellent drink but also to possess therapeutic properties. 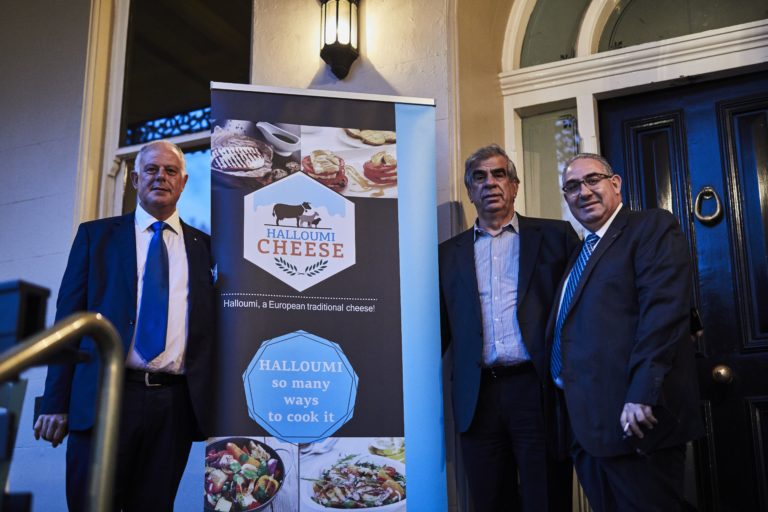