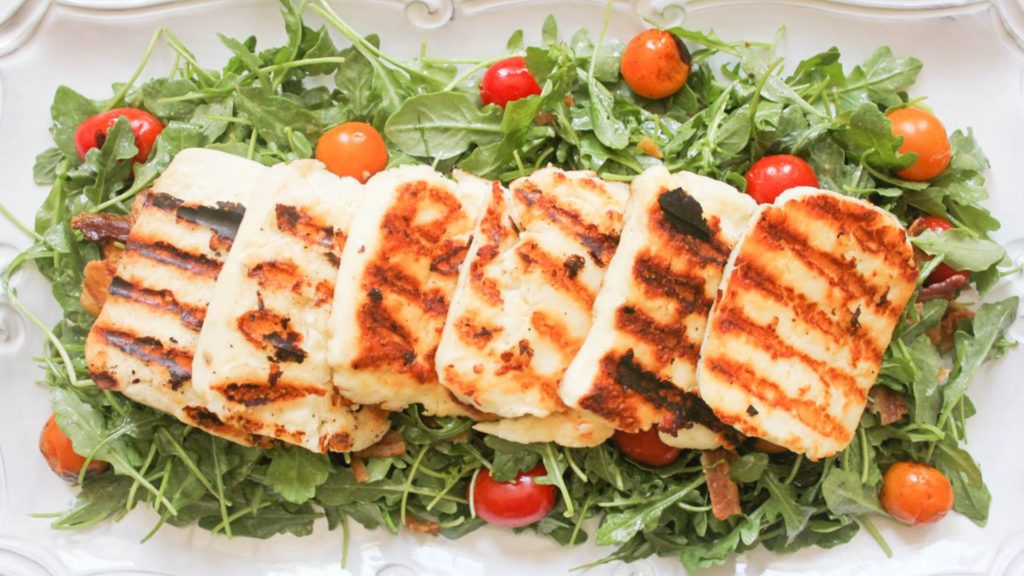 Whether fried or grilled, the semi-hard halloumi cheese is simply divine. Crispy on the outside and warm and gooey within, it’s a surprisingly versatile cheese that is unique and precious – just like its birthplace, Cyprus. And the Cyprus Community of Melbourne and Victoria (CCMV) is holding its second annual Cyprus Halloumi Festival with a two-day event from 26-27 October that pays homage to this national food that originated in the Medieval Byzantine period (395AD-1191).

The earliest known surviving descriptions of halloumi were recorded in the mid-16th century by Italian visitors to the area.

Cypriot farmers relied on this cheese as a source of protein and villages would join together to produce huge batches, though the taste varied as different regions added their own secret ingredients or used special techniques.

There was a great deal of pride in the cheese, and soon names like Hallumas, Halluma, and Hallumakis became widespread in Cyprus during the 19th century.

As time went on, cows were brought to the island nation by British colonists in the 20th century and local cheese-makers began switching from goat milk to cheaper and more plentiful cow’s milk.

Halloumi is registered as a protected Cypriot product in the United States since the ’90s however there has been a delay in the EU, largely due to a conflict between dairy producers and sheep and goat farmers with much of the debacle focused on whether registered halloumi may contain cow’s milk.

A versatile cheese, it can also be aged, wile it is much drier and stronger when kept in its brine.

Though a niche food, last year’s crowds proved that there’s definitely interest in the versatile cheese and more of the same will be presented again this year with cooking demonstrations, traditional cheese making workshops, halloumi-based products for tasting, and of course a focus on other aspects of Cypriot culture with live music and dance.

READ MORE: Cypriot farmers struggle to keep up with growing demand for halloumi

Saturday 26 October
12pm The grand opening features food stalls serving traditional Cypriot food throughout the day. You can enjoy the authentic Cypriot Cuisine and the amazing halloumi delicacies. DJ Lefkios will offer background music and visitors will have the chance to enjoy a Cyprus Culture Exhibition by Katie Georgiou.
1-7pm Learn how halloumi cheese is made, with a presentation by Eleni Georges in hourly sessions from 1-7pm.
3-6pm Greek folk dancing and live Greek music will be offered by the AETOS Band, the ‘Periklis’ Hellenic Cultural Association of Melbourne, the Greek Community of Melbourne Dance Group, the Pegasus Dance Academy and the Cretan Brotherhood dance group.
6.30pm President’s welcome
7pm The re-enactment of traditional Cypriot wine-making with the CCMV dance group
7.30pm Tsiattista (Mantinades) with Sotiris Stylianou and Jim Ioannou.
8pm Re-enactment of traditional village halloumi-making ‘ceremony’ by the CCMV dance group and Jim Ioannou performing the Halloumi Hymn.
9pm AETOS Live Greek music, with the dance floor open to the public for dance.

Sunday 27 October
11am Once again, food stalls and music are on offer for visitors to enjoy.
12-6pm Hourly halloumi-making sessions are held by Eleni Georges.
1-3pm Entertainment is offered by the AETOS Band, singing by Alexandra Chronopoulos, as well as dancing by the Pontiaki Estia Dance Group, the Pan-Macedonian Association of Melbourne and Victoria dancers, and Pegasus Dance Academy.
3.30pm The president’s welcome.
3.45pm Re-enactment of a traditional village halloumi-making ceremony by the CCMV dance group and Jim Ioannou performing the Halloumi Hymn
4.15pm Tsiattista (mantinades) with Sotiris Stylianou and Jim Ioannou.
4.30pm Re-enactment of traditional Cypriot wine-making by the CCMV dance group.
5-8pm The AETOS Band will perform Greek music and the dance floor will be open for everyone to dance.