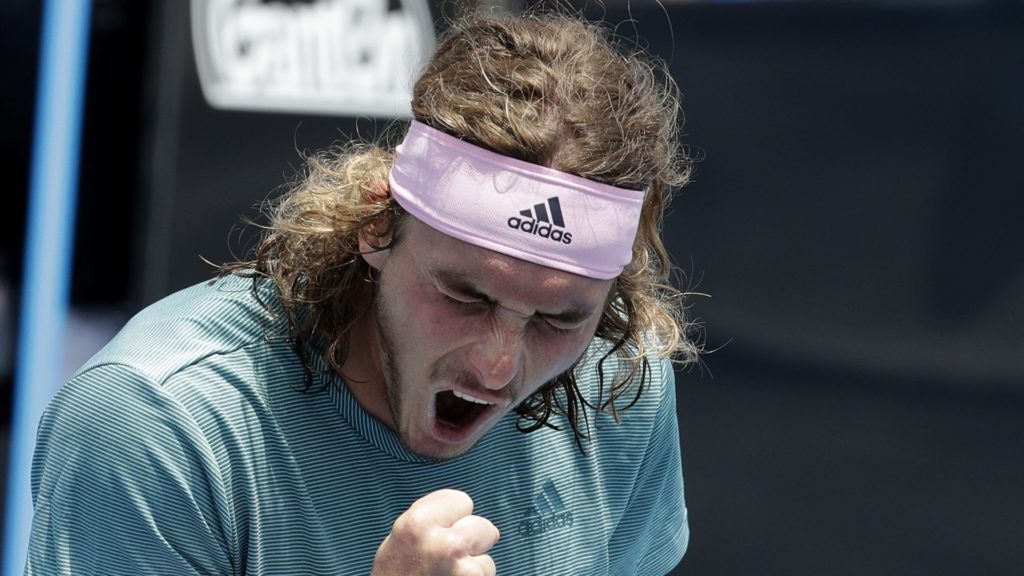 Greece’s Stefanos Tsitsipas celebrates a point win over Serbia’s Viktor Troicki during their second round match at the Australian Open tennis championships in Melbourne on Wednesday. Photo: AAP via AP Photo/Aaron Favila

Greek tennis star Stefanos Tsitsipas has successfully won the second round of the Australian Open.

It is the second time in the promising youngster’s career that he has made it through to the third round of a grand slam. Despite being a fair way from home, Tsitsipas has been welcomed with open arms by Melbourne’s Greek community, who have been cheering him on since the AusOpen campaign kicked off, as can be seen in the videos below.

Are you attending any matches at the Australian Open? We’d love to see your photos and videos featuring players and fans of Greek origin. Send these to alex@neoskosmos.com.au