Scott Morrison impressed by his visit to the Greek Centre Australian Prime Minister Scott Morrison might have been unable to attend this year’s Lonsdale Street Greek Festival but his visit at the “home” of the Greek Community of Melbourne on Thursday, featuring traditional cuisine and dancing at its best, most likely compensated for the absence.

Joined by the Minister for Immigration, Citizenship and Multicultural Affairs David Coleman and the Liberal Party candidate for Chisholm, Gladys Liu, Mr. Morrison arrived for his first ever visit at the ‘Greek Centre for Contemporary Culture’ shortly after 2pm.

Following a brief tour around the facilities that get more than 1,400 visitors per week, guests also got a glimpse into the Greek teaching classrooms and watched a brief video about the GCM’s activities, Mr Morrison had a one-on-one meeting with GCM President Bill Papastergiadis. The state of Greek language teaching, pensions and the needs of newly arrived migrants were among the topics discussed.

As Mr. Papastergiadis told Neos Kosmos, the PM’s visit is part of the ongoing communication GCM has with the government to ensure demands of the Greek community are taken into account by the country’s leadership.

The visit was concluded at the Greek Centre’s Melina restaurant, with officials given a warm welcome sampling Greek cuisine and watching a traditional dance performance.

Spirits were high with the PM even joining along Mr Papastergiadis the dancing circle for a tsamiko!

Mr Morrison gave his own personal insight into the success of tennis star Stefanos Tsitsipas at the Australian Open, but also spoke of the significant contribution that migrants have contributed to Australia citing studies that have shown that first and second generation migrants are consistently do well in any metric that considers the population as a whole.

“It’s impossible to think about Melbourne without thinking about the Greek community, these two ideas are inseparable,” said Mr Morrison in his opening address stressing that the Greek community broadly has helped “built a great [Australian] nation” with their contribution pervasive across the country. 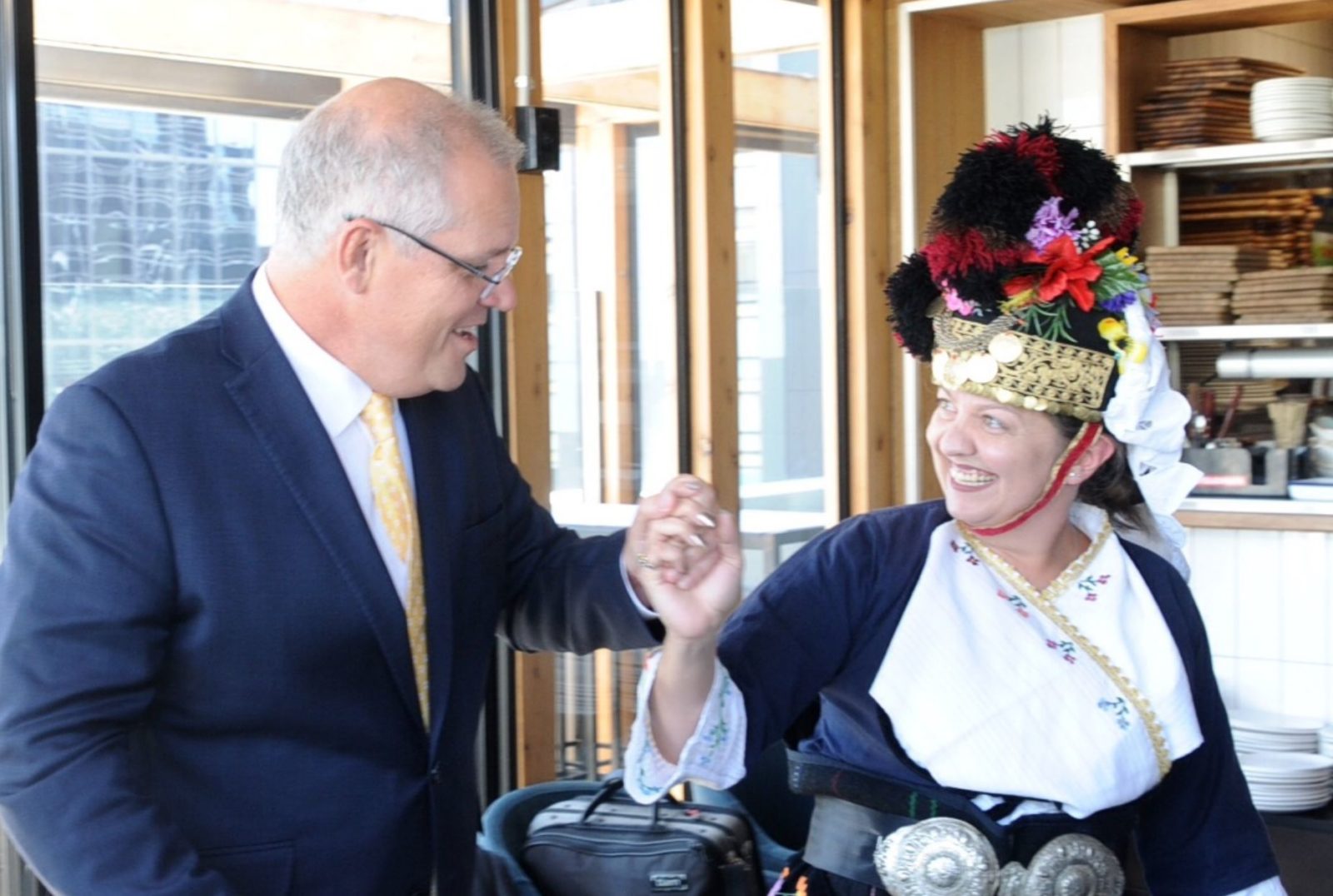 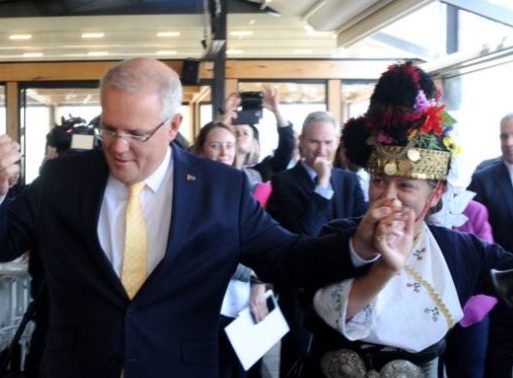 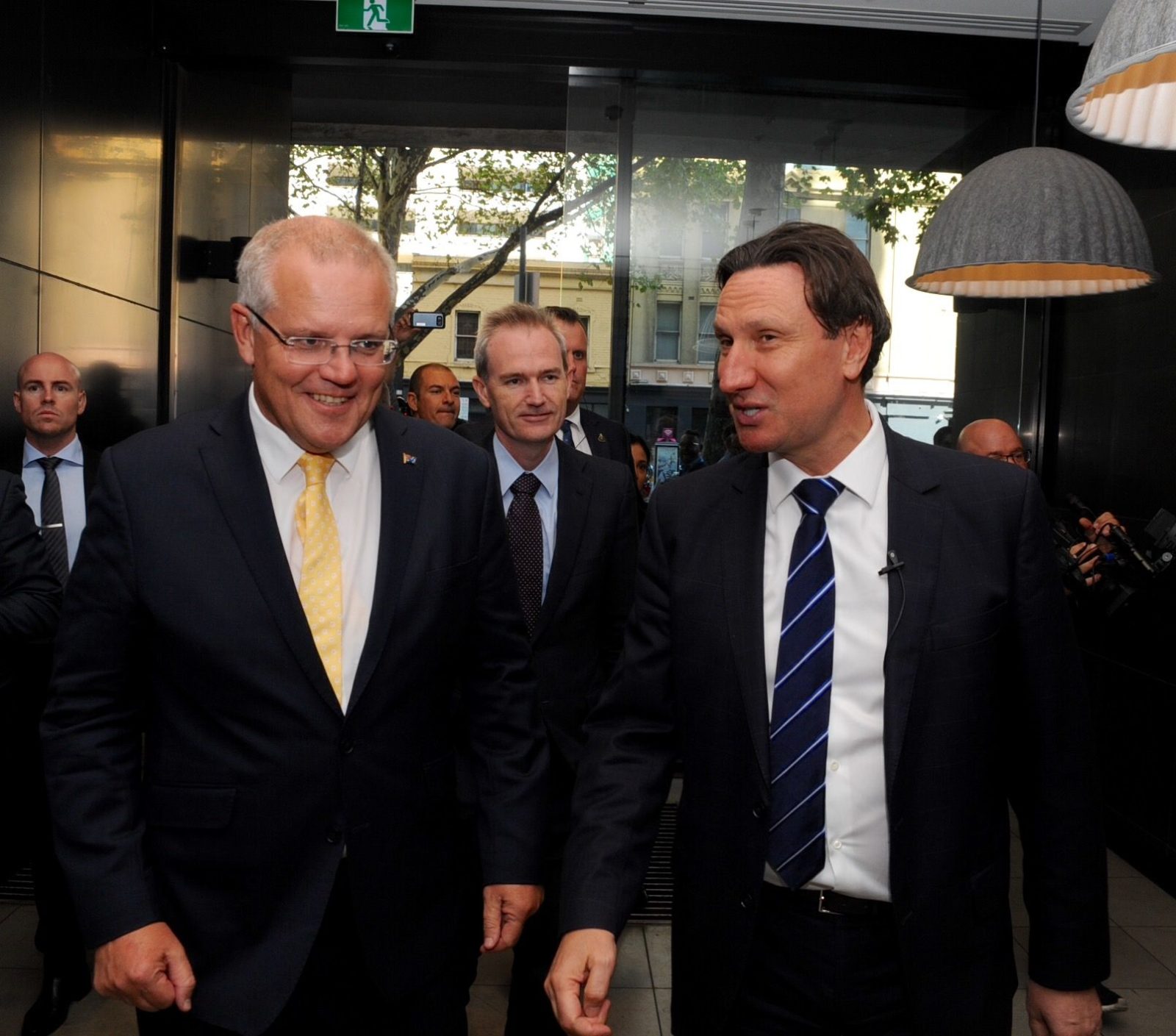 He also made special mention to the Greek Community’s leadership in Melbourne having set the standard for all communities to work towards, through helping their members become part of the nation and establishing a high level of social services.

Mr Papastergiaidis also spoke about the GCM’s outreach citing the work that it had just commenced with the assistance of former Neos Kosmos English editor Fotis Kapetopoulos and the South Sudanese community who were looking at the GCM as mentors.

The Prime Minister said that it was a great development and in fact was what he expected an organisation with the international reputation that the GCM had to be doing. He was impressed by the volume of education programs and cultural activity.

Finally, the PM stressed the government’s ongoing commitment in supporting the work of the Greek community, at which point Mr Papastergiadis intervened to remind attendees of the $2m federal funding that was directed towards constructing the Greek Centre’s building.

In appreciation of his contribution to multiculturalism and his visit to the Greek Centre, Mr Morrison was awarded an honorary plaque.

During the event, plaques honouring their contribution towards the realisation of “The Kaias Education Level” and “The Delphi Bank Mezzanine Level” were also presented respectively to Mr Greg Kaias and head of Delphi Bank Mr Jim Sarris.

READ MORE: What went on at the Lonsdale Street Greek Festival