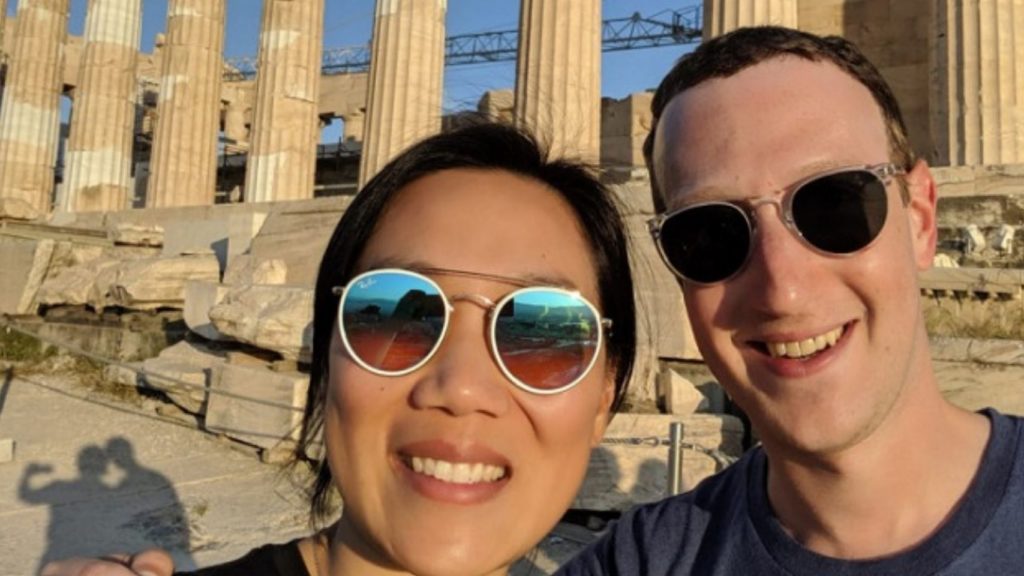 Facebook billionaire Mark Zuckerberg celebrated his 7-year wedding anniversary on Friday with a trip to Greece.

He and his wife, Priscilla Chan, posed in front of the Parthenon and posted about their anniversary on Facebook: “Celebrating 7 years of happy marriage at the temple of the goddess of wisdom.”

The two married on 19 May, 2012, in Zuckerberg’s backyard. Their marriage also celebrated Chen’s graduation from medical school.

READ MORE: Acropolis photo among National Geographic’s most popular for 2018

The two met at a fraternity party during Zuckerberg’s sophomore year at Harvard and began dating in 2003.

Greek followers were especially pleased with Zuckerberg’s choice of anniversary celebrations. They suggested he open an office in Greece to enjoy the sunshine, antiquities and beauty all year long.

READ MORE: Greek President calls for Parthenon marbles to be returned from their ‘murky prison’