Maria Sakkari made quick work of Anna Tatishvili in the first round, while Stefanos Tsitsipas has already made it to the last 32 of the competition 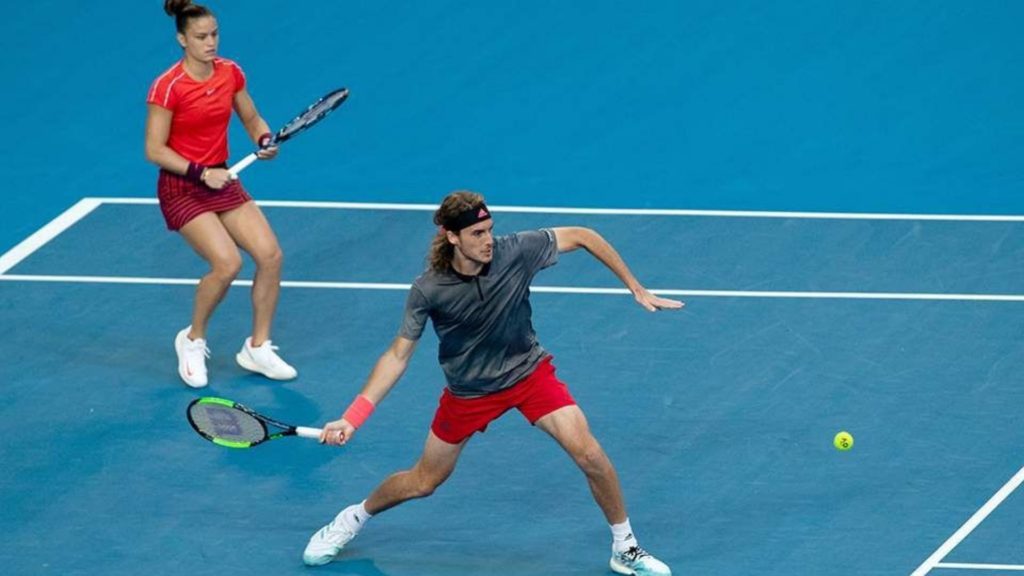 Both Stefanos Tsitsipas and Maria Sakkari are off to a great start at the French Open.

The Roland Garros is well underway in Paris and the first showings of the Greek representatives is more than encouraging.

In the women’s singles Maria Sakkari showed the great form she’s been in this whole year by annihilating American-Georgian athlete Anna Tatishvili, 6-0, 6-1.

The 23-year-old faced no real threat from her opponent, continuously breaking her serve and with it, her concentration, which lead her to a comfortable win in a game that lasted just under one hour (55 minutes).

On Thursday afternoon, Maria will be up against Katerina Siniakova from the Czech Republic, in her attempt to make it into the third round of the French Open for the second time in her career.

A similar feat was achieved on Wednesday night by Stefanos Tsitsipas in the men’s category, although for him it was the further he’s ever progressed in the competition.

READ MORE: Tsitsipas and Sakkari climb up in tennis rankings to 9th and 39th

The young champion faced off Max Marterer in the first round that was played on Monday and progressed, 6-2, 6-2, 7-6.

Even though he felt a bit of pressure in the start of the first and second sets, eventually Tsitsipas was able to beat his opponent without much stress.

In the third and final set, Merterer attempted to pull one back, yet every time he attempted to break away, Tsitsipas kept coming back.

In the tiebreaker, the 20-year-old Greek proved too much for the German to handle.

In the second round that was played on Wednesday, Stefanos went up against Hugo Dellien from Bolivia.

The young Athenian started the game going up 3-1, yet Dellien pulled a surprise counter-attack, taking the first set with 4-6.

However this initial loss just served to awaken the sleeping giant, who went on to take the second set 6-0.

In the third, Dellien put in a real effort to keep up with Tsitsipas, winning the first game and reducing the margin twice (3-2, 4-3), but the difference between the two was just too great, as Stefanos won the third set with 6-3.

The start of the fourth and final set gave a real scare to Stefanos and the Greek supporters (who have made their presence felt in the Parisian courts), as they witnessed Dellien take the lead by 0-3 game, yet his never-say-die attitude saw him slowly fight his way back (2-3, 3-4) and eventually even draw level at 5-5.

After that, it appeared that the Bolivian had given all he had as Tsitsipas won the last two games and progressed into the round of 32 of the “Roland Garros”.

There he will meet with Serbian Filip Krajinovic.