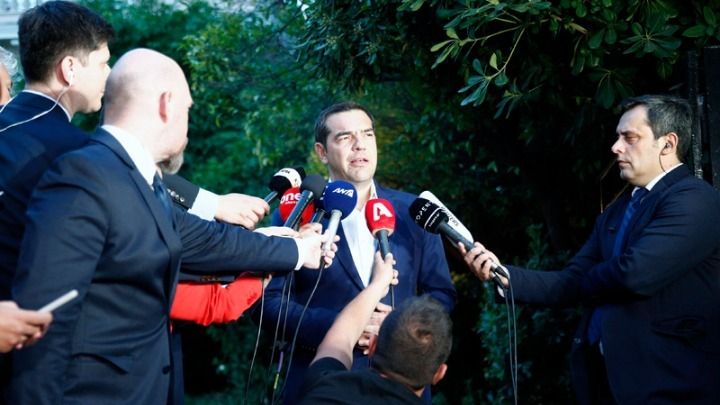 Greece and Cyprus are taking action against Turkey following escalating tensions in the eastern Mediterranean following Ankara’s admission that it has started illegally drilling for gas west of Cyprus. The discovery of lucrative energy reserves in 2011 has been a source of friction between the Cypriot government and the part of the island that is occupied by Turkey.

The Cyprus news agency reported that the government of Nicosia has information that Turkey has moved materials and equipment related to drilling west of Paphos where the drillship Fatih has been stationed since May, however the Cypriot government spokesman Prodromos Prodromou said that there has been conflicting information that cannot be confirmed.

Cyprus has complained that the area where activity has been noted is encroaching into the exclusive economic zone (EEZ) of Cyprus, however Turkey states that the area is on its continental shelf.

Both Greece and Cyprus are calling on their EU partners to penalise Turkey, and are urging for the possibility of sanctions, if it is verified that there has been drilling.

Greek Prime Minister Alexis Tsipras interrupted his campaigning for the 7 July national elections, cancelling his scheduled visits to the islands of Kos and Nisyros, to convene with the Government Council for Foreign Affairs and Defence (KYSEA), the supreme decision-making body on issues of national defence of Greece, on Sunday afternoon.

The KYSEA meeting has been criticised as one that could further escalate tensions with Turkey, and Mr Tsipras was criticised for not informing Greek President Prokopis Pavlopoulos or the heads of the opposition parties.

“We have agreed .. to prepare the ground in the coming week that the (European Union) summit take the relevant decisions, even sanctions against Turkey, if it is verified that there has been a drill (by Turkey) in the Cypriot EEZ,” Tsipras said.

The Greek Ministry of Defense denied the movement of troops to the Eastern Aegean Islands in case of an emergency. The ministry released a statement:  “The operational deployment of the Greek Armed Forces is the usual one. Any movements were made as part of (an exercise) that was completed on Friday, June 14