The heat is on in chase for Top 6 NPL spots 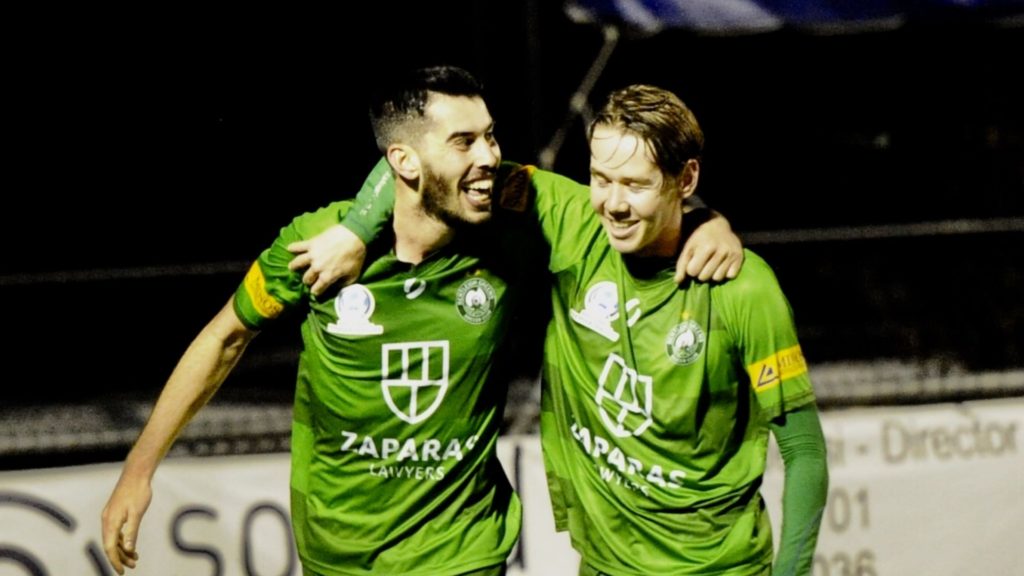 With just nine rounds of the NPL season remaining until finals, only two of the six Greek teams in the league can be said with a degree of confidence to be heading to finals football. Second and third placed Bentleigh Greens and Heidelberg United are entrenched in the top four which has opened up a sizeable gap over the fifth and sixth placed teams Green Gully and Melbourne Knights.

Three of the other Greek based teams, South Melbourne, Oakleigh Cannons and Port Melbourne Sharks can still consider themselves a chance to finish in the top six.

Of those three, Oakleigh Cannons has the best recent form, undefeated in its last seven league matches, including last week’s thrilling 3-2 derby win over Kingston City, thanks to an injury time strike by Wade Dekker from outside the box.

Dekker’s strike partner, Englishman Harry White scored the other two goals for the Cannons, whilst former Golden Boot winner Milos Lujic remains on the bench. The Cannons had to make do without star midfielder Joe Guest in the match against Kingston, and coach Chris Taylor will no doubt be hoping for his swift return.

This Sunday, the Cannons host another team eyeing off a spot in the top six, Altona Magic who are also coming off the back of a 3-2 home win last week against Dandenong Thunder. The Cannons will be hoping to reverse the score from the earlier meeting this season when Magic defeated the Cannons 2-1 at Paisley Park.

Sunday action also sees eighth placed South Melbourne host bottom of the table Kingston City in a Greek derby. South fans will be hoping their team can rebound from last week’s 3-0 loss to league leader Avondale and that the Lakesiders can continue their good recent run in Greek derbies, having accounted for Port Melbourne, Bentleigh Greens and Heidelberg United in their last three wins.

Kingston City on the other hand will be desperate to collect points, having won just once in its last 12 matches since it last played South Melbourne earlier in the season when it defeated the Blue and Whites 1-0 at the Grange.

On Saturday, the 10th placed Port Melbourne Sharks will take on fifth placed Green Gully confident after last week’s big win over Pascoe Vale. Sharks striker Sam Ford scored a first half brace to set up the win whilst second half subs Brodie Taylor and Finn Beakhurst added goals for the Sharks’ 4-0 win. The Sharks defence has also been boosted by the return of attacking full back Kris Kioussis from a stint in Europe.

On Saturday evening, Heidelberg United will be eager to pick up all three points at Dandenong Thunder where the home team is yet to win a game all season. The Bergers slipped from second spot to third after last week’s loss to its nemesis Hume City, which was to host Bentleigh Greens on Friday night in another eagerly awaited Rd 18 fixture.

Last week the Greens put the Melbourne Knights to the sword with a strong 4-0 win in which midfielder George Lambadaridis and new signing from Perth Glory, Daniel Stynes each scored a brace. The Greens will be hoping Stynes can continue where Valentino Yuel left off after departing to the A-League.