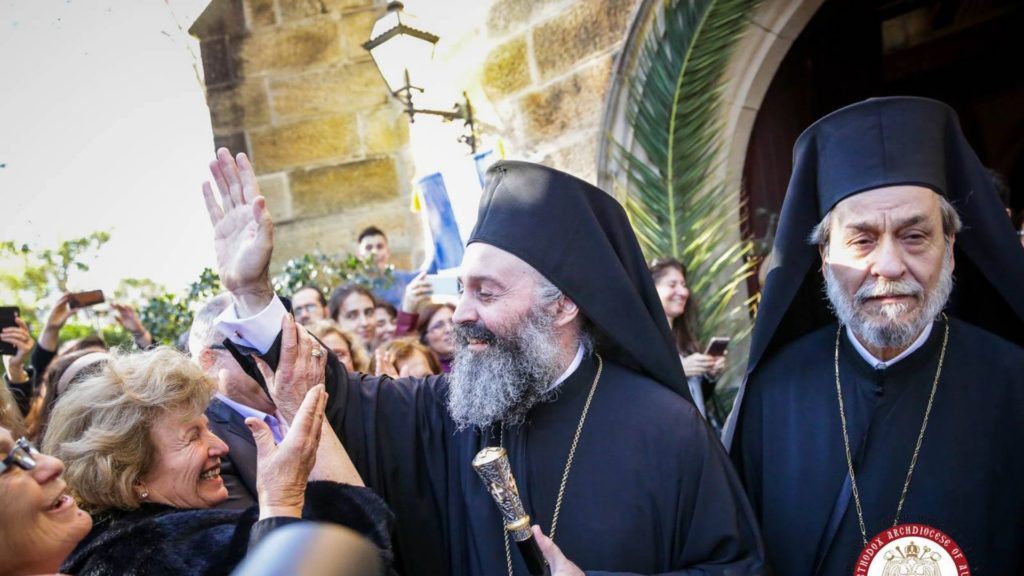 Archbishop Makarios greeting parishioners on the day of his enthronement. Photo: Greek Orthodox Archdiocese of Australia

Greek Orthodox faithful in Melbourne are anticipating the arrival of the newly enthroned Archbishop of Australia, Makarios who it has been confirmed will be visiting early August.

Archbishop Makarios is expected to arrive on Saturday 3 August at 11.00 am.

A number of churches around Melbourne are expected to organise buses to transport parishioners who would like to be present at the airport to welcome the Archbishop.

Since his arrival Down Under, it will be the first city that he will visit outside of Sydney.

While his full program has yet to be released, his agenda is sure to include visits to a number of Orthodox churches to meet with clergy members and parishioners, as well as taking part in meetings with other stakeholders of the Greek and wider Australian communities.

Archbishop Makarios arrived in Australia on Tuesday 16 June, and was enthroned on Saturday 29 June at the Greek Orthodox Cathedral of the Annunciation of Our Lady Theotokos in Redfern.