The Coordinating Committee of Justice for Cyprus (SEKA) organised a number of events to commemorate human rights violations following the illegal invasion of the island by Turkey in 1974.

Cyprus community organisations braved the weather and took to the streets, calling for a just solution to the violation of human rights and occupation of the island.

A rally took place on Sunday at the Greek Precinct on Lonsdale Street with hundreds of community members and representatives of Cypriot and Greek organisations calling for the withdrawal of Turkish troops and the end of the occupation of Cyprus. Some of the protestors carried banners calling for the reunification of the island and protesting Turkey’s violation of international agreements, while others carried photos of their loved ones who went missing during the invasion.

Cyprus Presidential Commissioner for Humanitarian Affairs and Overseas Cypriots, Photis Photiou, took the stand urging the Australian government to apply pressure for a solution during the planned visit of Turkish President Tayyip Recep Erdogan to Australia for ANZAC Day celebrations next year.

Together with our #Melbourne #Diaspora at the Justice for #Cyprus March. Very proud of them. Cyprus is always in their hearts. Many thanks to the organizers especially to the President of #seka Eleni Efthymiou. @CyprusMFA @AusHCCyprus @NEPOMAK_Aus_NZ pic.twitter.com/54UiAzFOCa 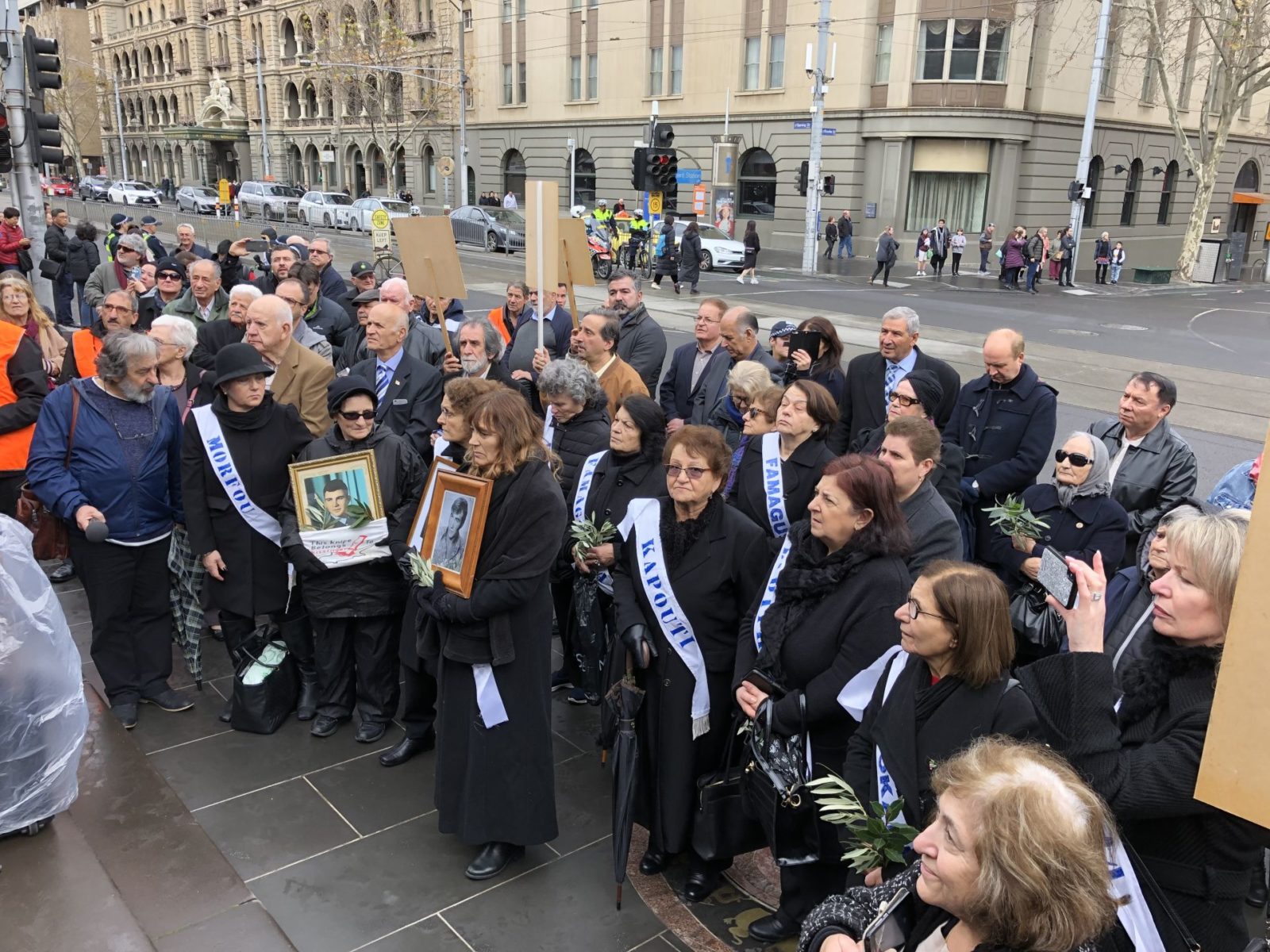 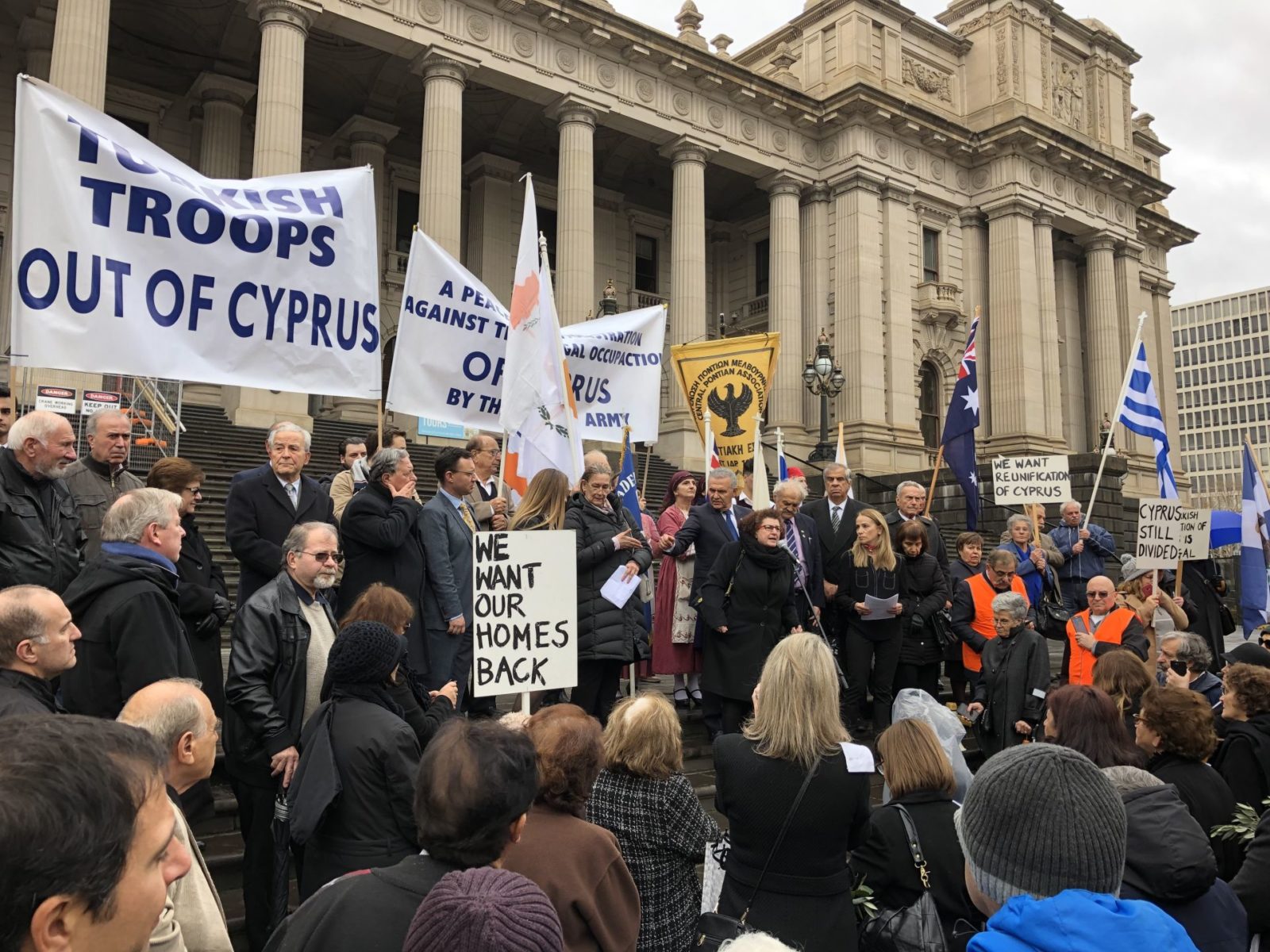 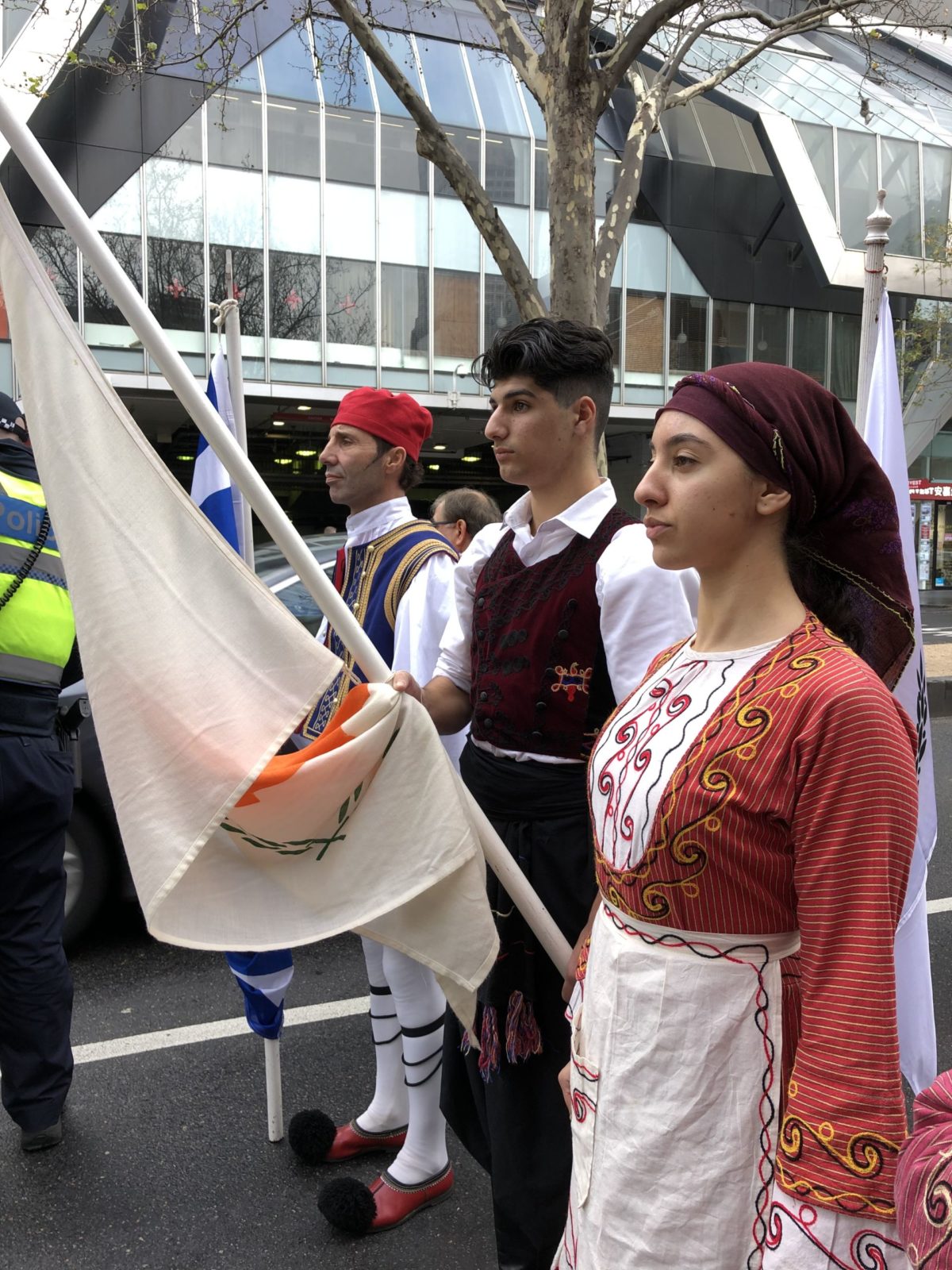 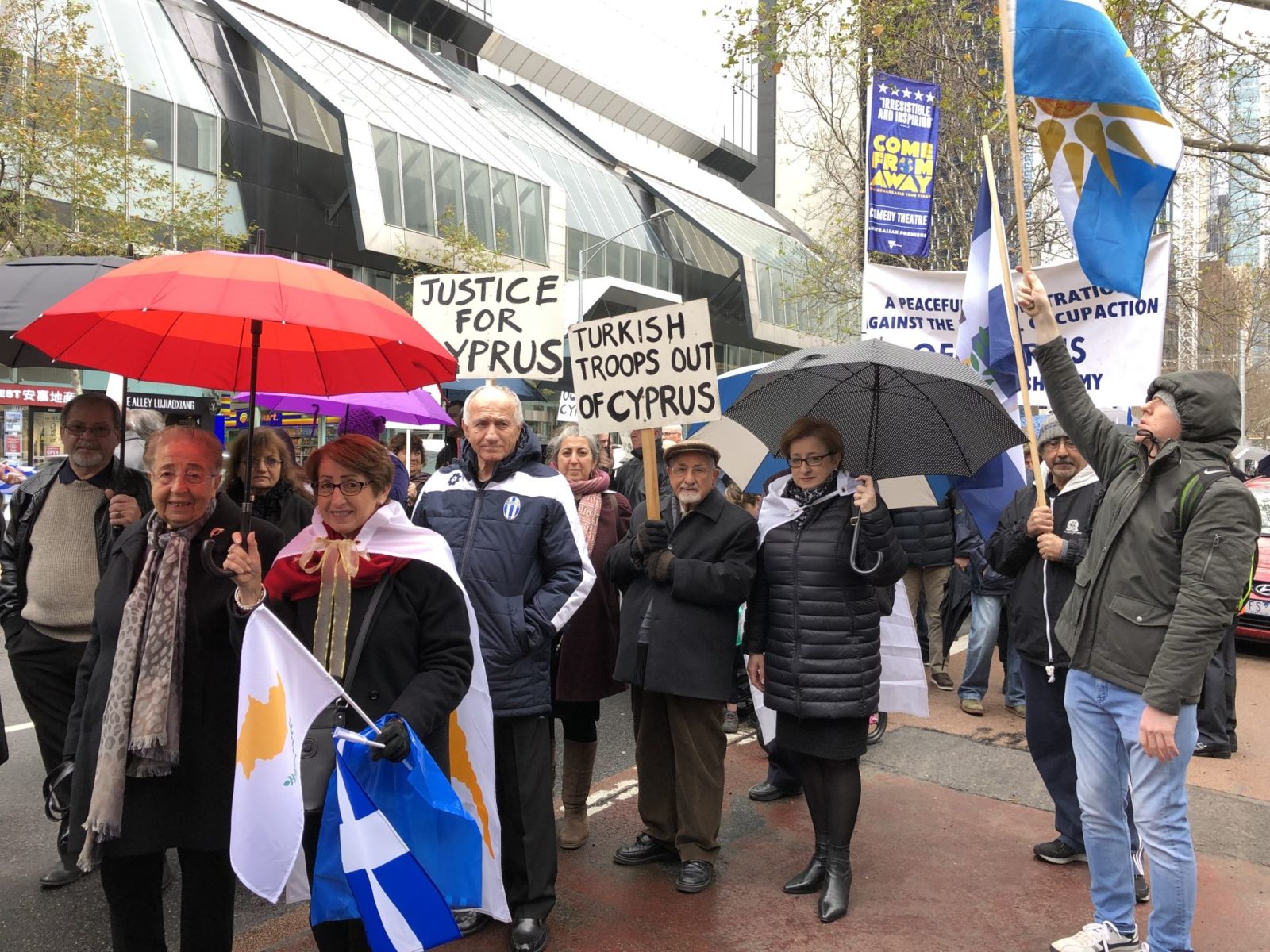 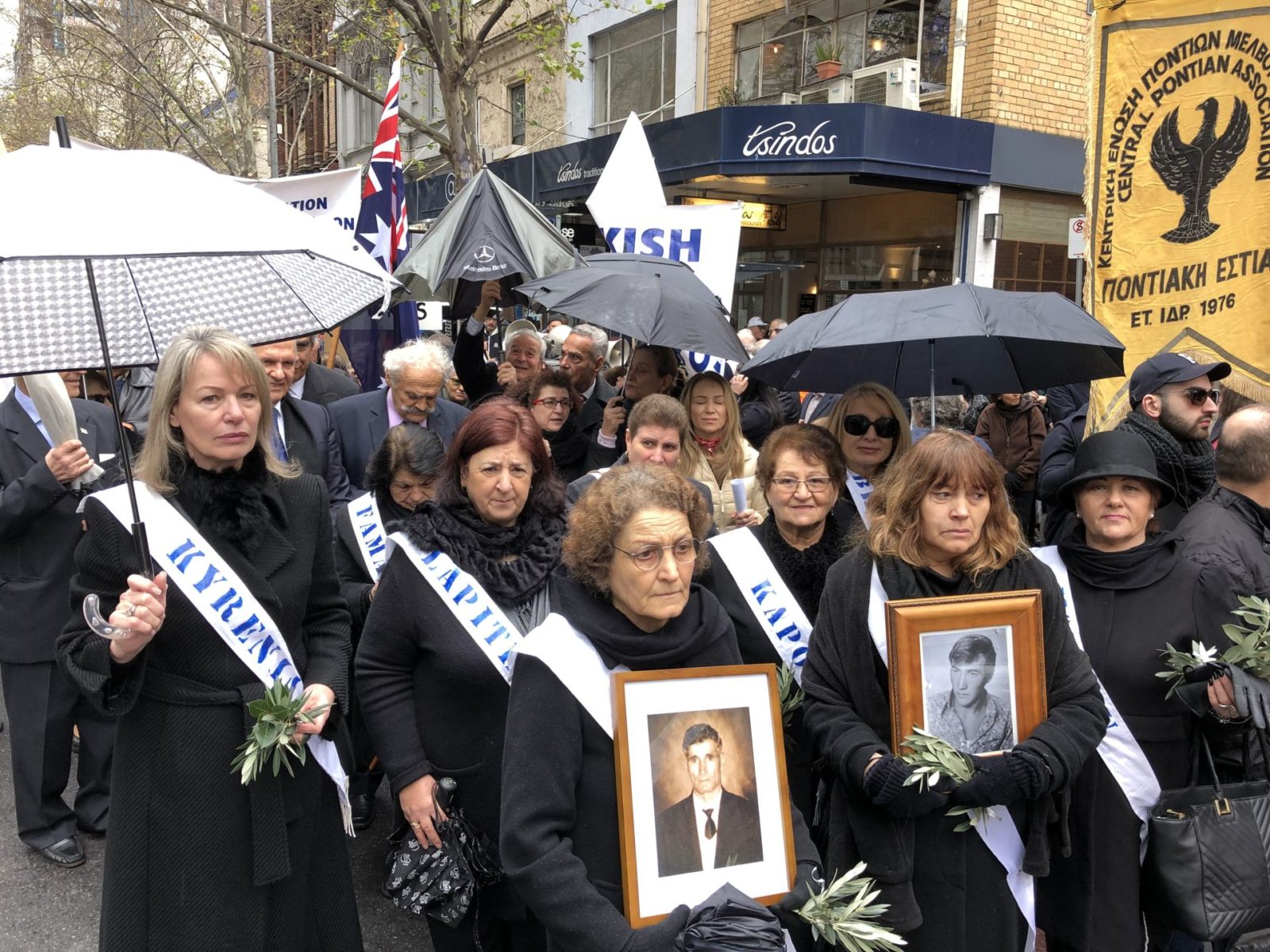 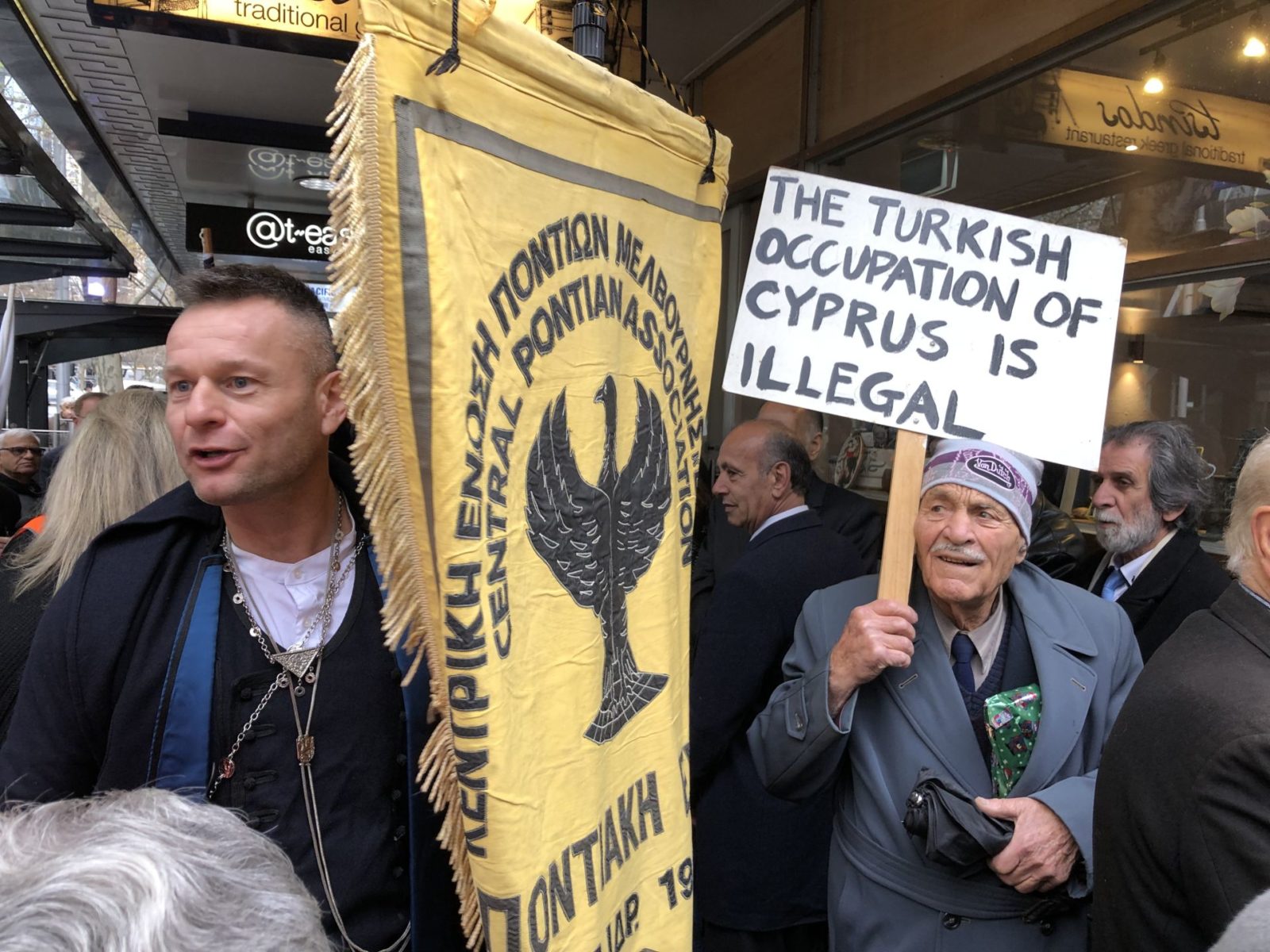 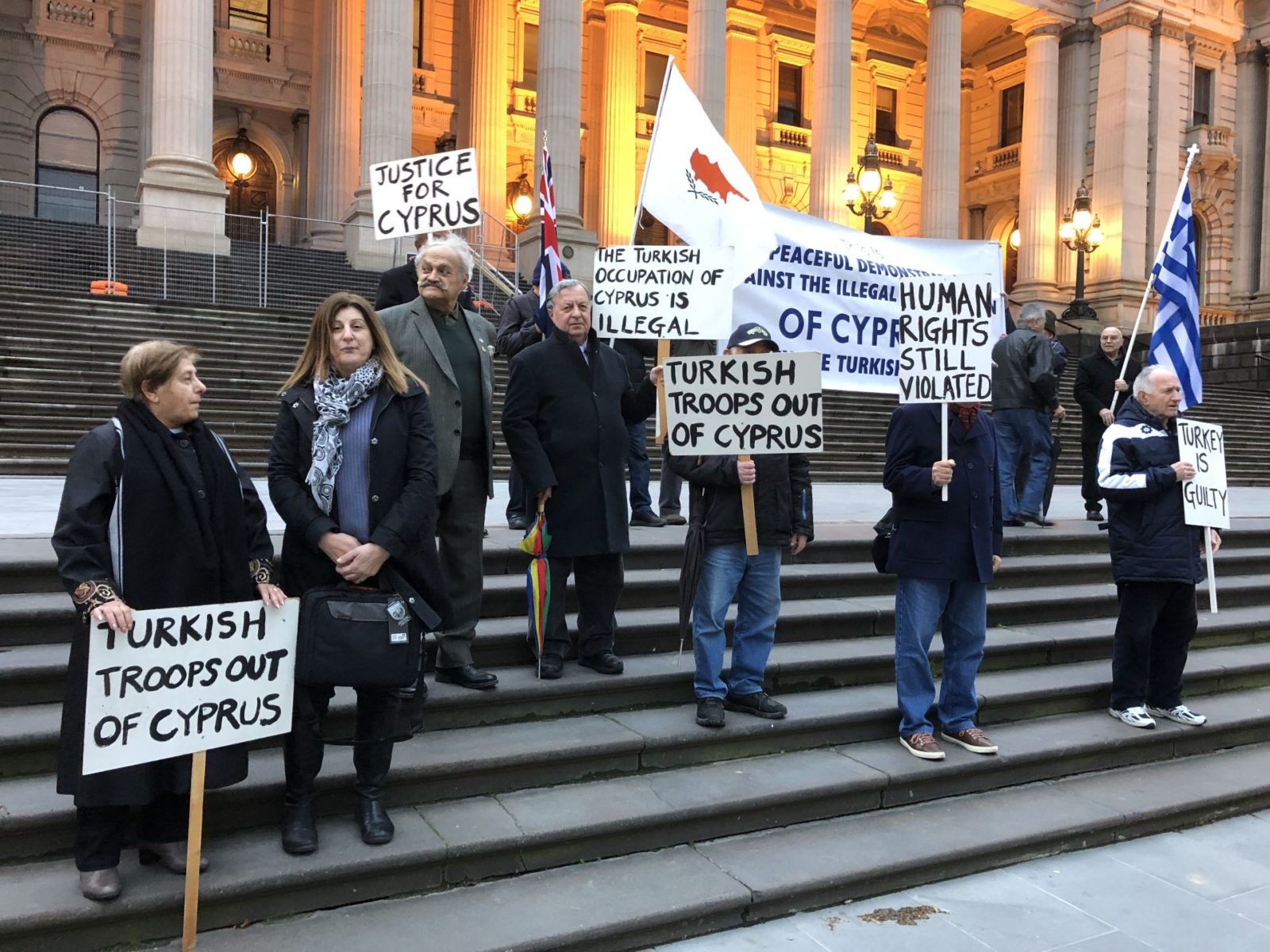 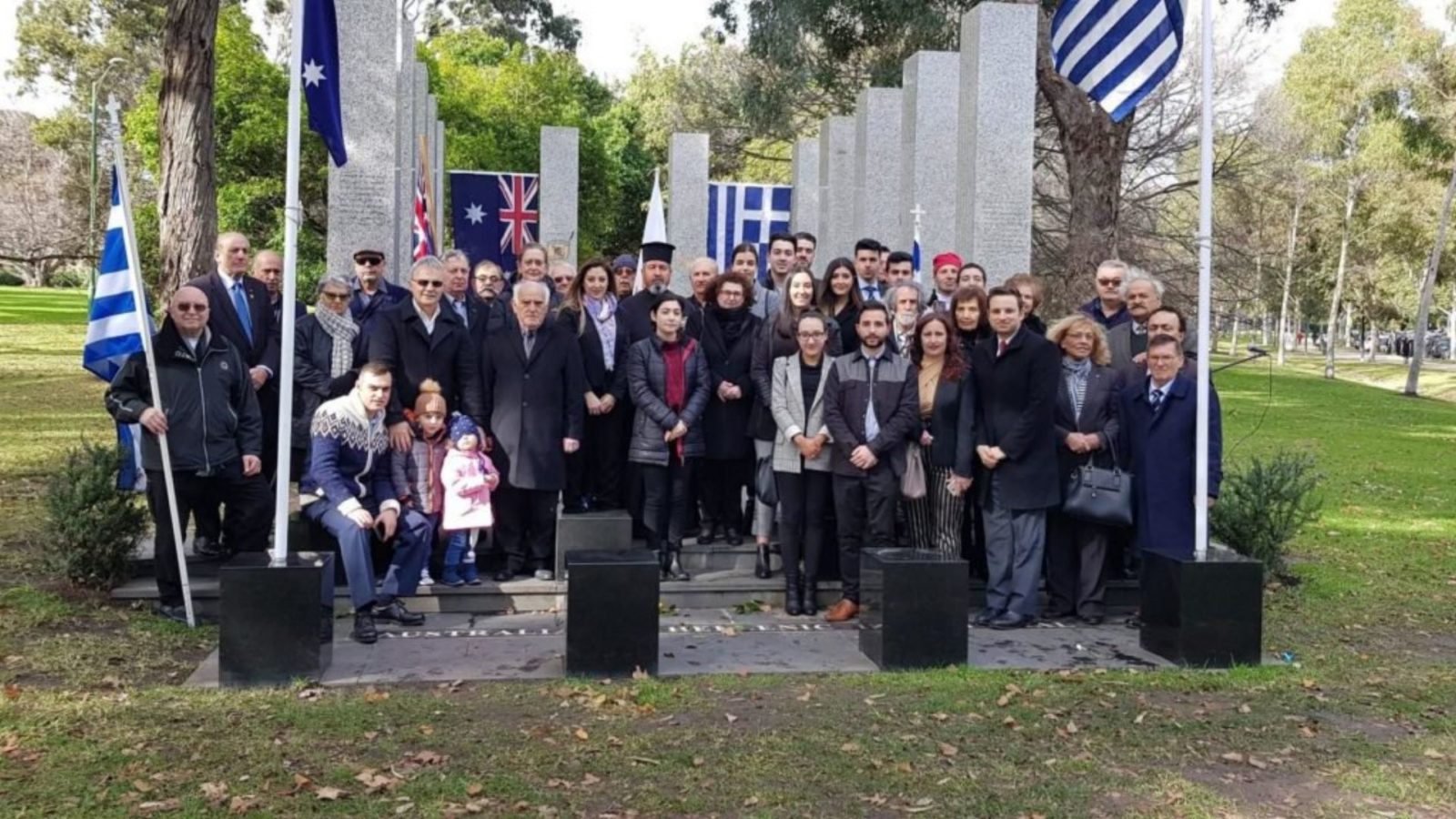 Constantinos Procopiou, President of the PanAustralian Justice for Cyprus Coordinating Committee (PASEKA), said the struggle for Cyprus will continue until justice is found.

New SEKA President Eleni Efthimiou, the youngest person ever to take on the role, said that she has attended the rallies for Cyprus from the stroller to her adulthood. She invited the next generation to continue the efforts for a solution.