While community service is not always harmonious at the best of times, it is high time that our community resolve that moving forward, all those members of Greek community organisations who engage in displays of toxic masculinity and all those who enable their deleterious behaviour need to be named and shamed 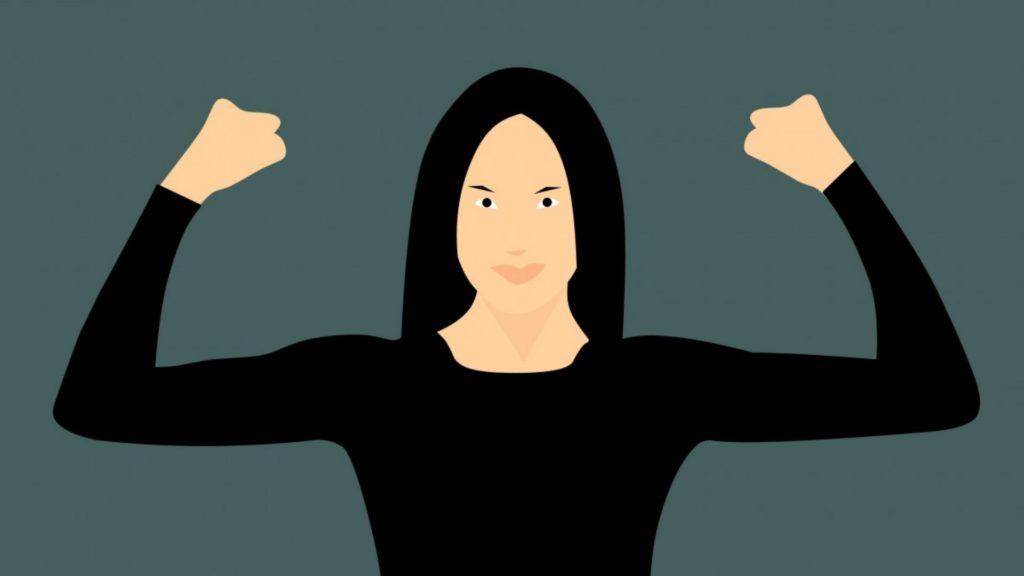 Strong powerful Greek women have taken the helms of their local organisations and have thrived – but there are also those that have been shunned by misogynistic men. Photo: pxhere

One Greek community experience that has been indelibly etched within my memory took place just a few years ago. A Greek community organisation had recently replaced its committee with members of the second generation. That committee had come up with a new vision for the organisation that required restructuring and rationalisation of its assets, and accordingly, had called a General Meeting in order to explain their vision and obtain the members’ approval for its execution.

When the president, a young, educated professional woman, extremely respected within her field of career expertise got up to address the members, she was met with howls, wolf-whistles and screams by the elderly male members of the organisation. As she bravely continued despite the hysteria, an old man in his seventies, his face contorted with rage stood up and pointing towards his crotch, shouted:

Several months earlier, I had been called upon to give advice to the committee of another Greek organisation, which was comprised exclusively of males over seventy. They wanted me to interpret the organisation’s constitution in such as a way as to ensure that female members could not be elected to the committee, but rather, could only participate in the ‘Γυναικείο Τμήμα’.

When I asked the reason why they did not want women in the committee, they made comments such as “women belong in the kitchen,” “women will only mess everything up,” and, most revealingly, “because we don’t want so and so’s wife coming in and telling us what to do. She is a real bitch.” I informed them that excluding women from committees was not legally possible and that even if it was, I would not assist them to do so. I invited them to consider what type of legacy they were leaving in a club that was supposed to embrace, not exclude participation. They abruptly got up and left, making disparaging remarks about my legal knowledge and sexual orientation.

Discussing the fate of one particular club that is struggling to survive, owing to lack of interest from younger generations, I asked some female friends, whose families have a long history of participation therein, why she did not get involved. One answer was revealing: “To do what? So that the old uncles can yell out ‘make us a coffee, go and get me some food. Clean the tables?’ No thanks. These people only have one tone: negativity. I occupy a place of great responsibility in my profession and am highly respected in my field. Why should I attend an organisation whose vision is limited to holding barbeques, and submit myself to humiliation? What’s worse, why would I let me children see their mother humiliated by older Greek males? I’ve brought up my kids to be in awe of Greek culture. The only way they will keep that is if they stay away from actual first generation Greeks.”

Another, who was listening, exclaimed passionately: “I was one of the first younger members on the committee. I was encouraged to put my name up for election, believing that the older male members of the committee wanted fresh ideas and would support exploring new directions and possibilities. It soon became apparent that they only supported me because they wanted to use my votes for their ticket and were completely uninterested in my approach. I was supposed to be a poster girl, and they demanded by complete obedience. When I suggested opening the club to other members of the Greek community, I was mocked and chastised. When I tried to vary the type of functions we were holding, I was subjected to continuous and humiliating criticism at meetings. I was expected to do all the organisational work but nothing I did was good enough for the men on the committee. At one stage I was called upon to justify why I had spent a particular amount of potatoes for a dance. I was called stupid, inadequate and incompetent. It got to the stage where, in order to undermine me, the male members of the committee would call members of the organisation and tell them not to turn up at functions, and then, when I would make up the numbers with non-members from the broader Greek community, ensuring the event’s success, they would subject me to a barrage of criticisms and insults, alleging I was trying to “sell-out” the club under its members’ feet.

“During the time I was involved with the club, I devoted all of my spare time to it. It even began to impinge upon my work as the mostly retired male members of the committee would insist on having meetings during the day and I would be forced to leave work to attend, to make sure decisions weren’t being made without my knowledge. My club involvement also took its toll on my family life as well. My husband became indignant at my treatment and we would argue every time I had to do something for the club. My children, who were in the club’s dance group were picked on by the grand-children of the committee members. I began to have panic attacks, my confidence in myself was shattered and I was distraught. One day, after a particularly nasty barrage of insults at a meeting, where I was actually told to ‘Shut Up,’ I discovered I was on the brink of a nervous breakdown. I came to the realisation that I don’t need this kind of behaviour in my life. I resigned and have never been back. I look upon my time at the club with regret. Certainly, if my children expressed the desire to take an active role in a Greek brotherhood or club, I would do everything I can to stop them. The culture of these clubs is totally misogynistic. They are not places to which you would want to expose your children.”

Of course there exist within our community, a multitude of organisations where anecdotes such as those related above appear bizarre, at worst, relics of the past. In many such groups, members of all sexes work together to ensure the vibrancy of their endeavours, often under difficult circumstances, for the lingering memories of past mistreatment, along with the struggle to maintain their relevancy to the modern discourse, and the rise of social media as a key preoccupation, means that it is becoming increasingly difficult to attract younger members. Generally, it is those organisations that enjoy the active participation of their female members that are making efforts to restructure and position themselves for the challenges of the future. Organisations such as the Justice for Cyprus Committee, Pontiaki Estia, the Pan-Corinthian, the Pan-Messenian and Pan-Arcadian Associations have or recently have had younger generation women at their helm. In smaller, more isolated regional brotherhoods, however, the reality is many of these, are still dominated by first generation males, even as they lapse into obscurity.

READ MORE: Greek women’s rugby in a league of its own

We have the historical and residual presence of entitled sociopathic males within Greek community organisations, displaying toxic masculine behaviour towards women and members of the younger generations partly to thank for feelings ranging from indifference to anger and disgust directed towards local Greek organisations. I asked one former committee member of an organisation, who had a particularly acrimonious relationship with a second generation female committee member, which led to her resignation, whether he regretted the abusive manner in which he treated her. After much prevarication, he admitted: “Could I have been politer? Maybe. But we are not there to be polite. We are there to make sure things are done our way. Each of us has an opinion that we want imposed. And you do anything and everything you can to make sure that happens. That’s politics. She should have known that. It’s the same whether she was a 70-year-old male. It has nothing to with her gender. But that’s the problem with your generation. You are all soft. You can’t take it.”

But it has everything to do with gender and generation. Second generation committee members are generally subjected to a power imbalance based on the fact that a) the proceedings of these organisations are largely conducted in Greek, limiting the ability for most of them to express themselves with as much clarity and force as they would like, as well as to refute opposing arguments, b) the age disparity means that older community members cannot be treated as equals and subjected to the same level of criticism as younger members and c) otherwise assertive second generation Greek females are often called upon to internalise and perpetuate outmoded and deeply entrenched gender stereotypes when engaging with community clubs. Furthermore, there is often a complete disparity in perspective. While some first generation committee members view their involvement in their chosen organisations largely as a political process, one where they can indulge in conflict, impose their will and validate their egos, second generation members tend to view their clubs as places where they can socialise, enjoy other’s company and explore their regional roots. They are often thus ill prepared for the illogically antagonistic culture of governance pertaining to many of these clubs. They are also often ill prepared for the side effect of this phenomenon: its flow on effect to second generation males, some of whom replicate the reprehensible conduct of their forefathers.

READ MORE: Women in leadership, a live issue in the community

Although gradually, toxic and antagonistic behaviour of the nature described above is declining, it still subsists in pockets of the organised Greek community. It, or its memory is one of the key causes of women turning away from active involvement in our community organisations and a main contributor to the belief that many such organisations are not safe spaces for children to participate in.

While community service is not always harmonious at the best of times, it is high time that our community resolve that moving forward, all those members of Greek community organisations who engage in displays of toxic masculinity and all those who enable their deleterious behaviour need to be named and shamed. There are a menace to the survival our community.