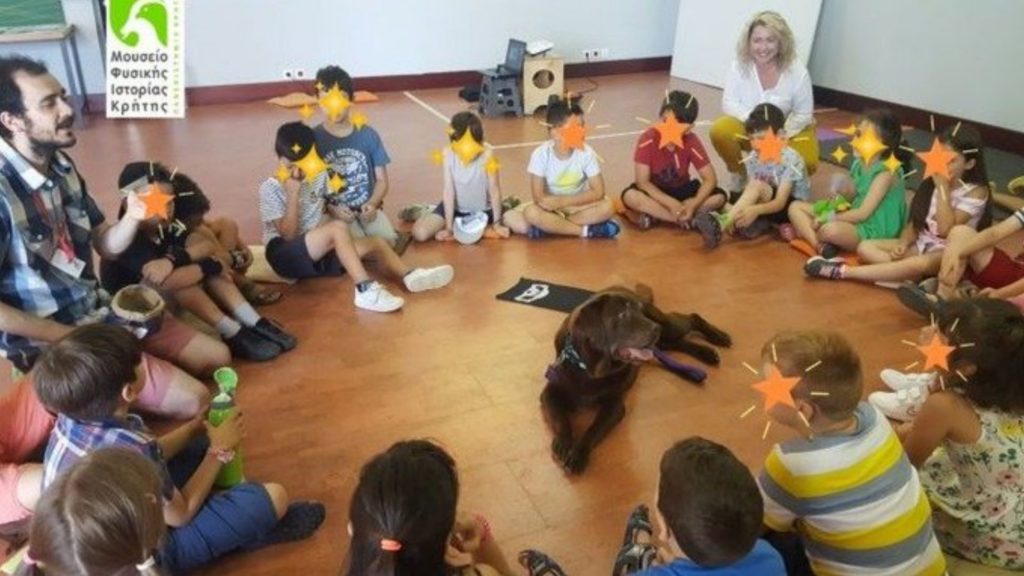 The University of Crete’s Museum of Natural History has had a new, and rather unique, member join its team: Ravel, an affectionate Labrador.

The first museum education dog in Greece, Ravel has been included as part of the Museum’s Summer Camp in a bid to increase both participation and learning – and according to curator Lena Borboudaki they are already seeing positive results.

The curator cited an example of a child with difficulties in communication and integration. They noted that the Labrador’s presence helped to reduce the child’s stress levels, and to be more active in the group.

“This was the first time he saw an educational program to completion, as his parents told us, and to have a great week at the Museum, as he himself told us,” Ms Borboudaki said.

In another success story, a young boy who was afraid of dogs not only managed to participate successfully in the program’s activities with Ravel, he developed a special relationship with him, overcoming his phobia.

“At the end of the program, the child’s joy and the parents’ gratitude confirmed for us that collaboration with ‘Mr Ravel’, as the children call him, was a great choice,” the curator said.

“Ravel’s presence liberates many children from stress and anxiety, and contributes to the reduction of aggressive behaviour that children sometimes exhibit among themselves, increasing their active listening and participation,” adding that there have also been benefits for the educators and staff at the Museum as well.

“This has proved to be one of the most significant initiatives of the University of Crete’s Museum of Natural History.”