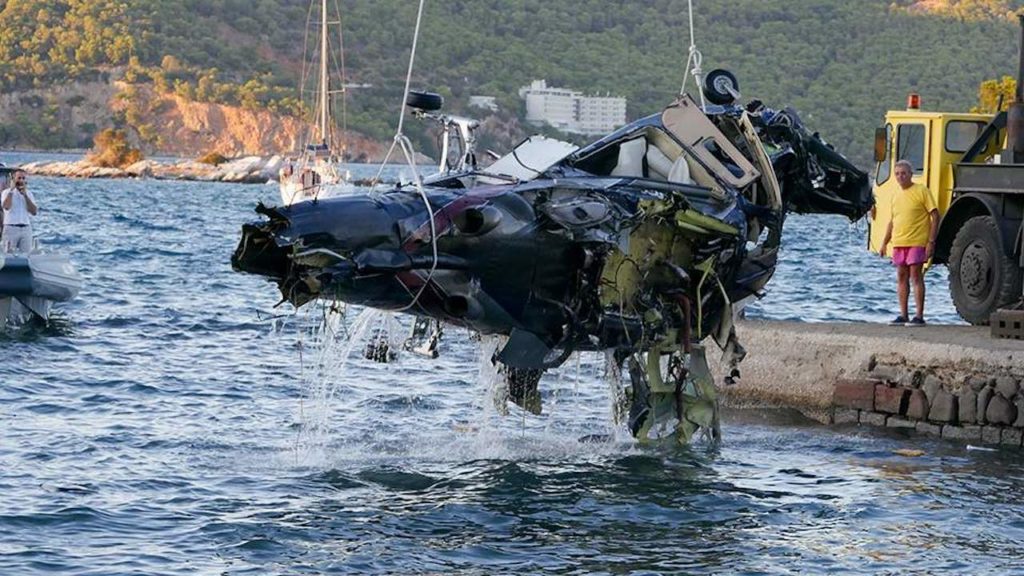 A helicopter crash near the Greek island of Poros has proven fatal, resulting in the death of the Greek pilot, 57, and two Russian passengers, aged 56 and 24.

The private helicopter, Agusta A109, took off on Tuesday from the mainland village of Kranidi and stopped in Galatas for the passengers to board. It was later scheduled to land at Athens International Airport.

But before reaching its final destination, the helicopter crashed near Poros, 60 kilometers south of the Greek capital, shortly before 4.00 pm local time.

According to an eyewitness, the helicopter rotated in the air, an explosion was heard and it crashed into the sea, sinking in just seconds, they told ERT TV.

Coast guard divers recovered the bodies of the three men near the island’s main port. They were located in shallow water.

As a result of the incident, electricity lines were damaged causing major power outages. Mobile generators were sent to the island, with the system expected to return to working order by Wednesday.

At this stage it is suspected that the helicopter hit the power lines, resulting in the crash.

An investigation into the incident is currently underway.