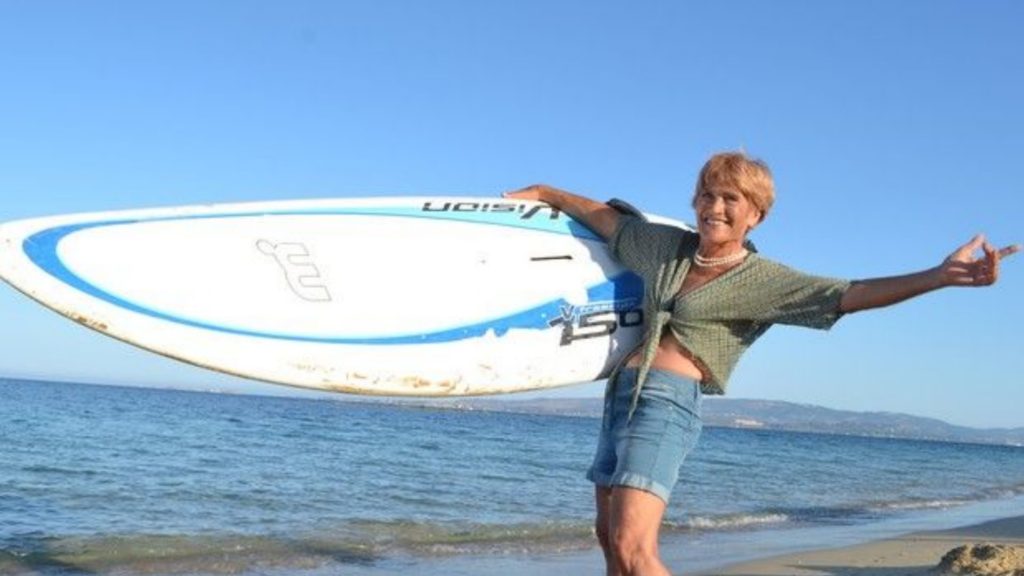 She did it! Anastasia Gerolymatou broke the windsurfing record at the age of 81.

Greece’s 81-year-old windsurfer Anastasia Gerolymatou entered the Guinness Book of Records after sailing from Skala Kefallonias to Kylini on Saturday, August 24. Covering a distance of 18 nautical miles, she rode her windsurf board to Kylini at 6.02pm on Saturday proving that perseverance and effort can pay off at any age.

After six hours at sea, the grandmother made her dream come true, and felt elated. “I really liked what I did,” she told the Athens Macedonia News Agency. “It was the dream of a lifetime, that I had since I was a child. I was at sea for six hours but I don’t know how the time passed.

The athlete, who is an inspiration to all, and her coach, Yiannis Skourogiannis had put in the required preparation that ensured her success.

Gerolymatou took up windsurfing at 41 and has been sailing the seas of Greece and abroad for the past 40 years. She stressed that the experience of sailing alone on the sea is unique. “The vastness of the sea is so sweet, so beautiful. There is so much magic that I cannot describe it,” she said, speaking about encounters with dolphins, whales, the rock formations of the sea. 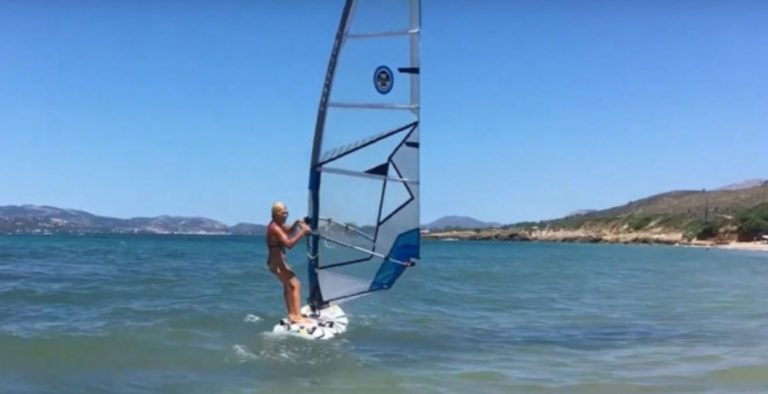 “The Greek seas have great differences from the rest. On the Atlantic Ocean you do not see any signs along the route and I considered them wild and …bland seas,” she added.
Supporting her in her attempt are her family and friends, as well as an experienced team, while her message is that “age is just a number,” provided you have a goal that you believe in and want and are willing to train on a daily basis.

READ MORE: ‘Yiayia Next Door’ gets free tickets to Greece

Skourogiannis noted that conditions are expected to be ideal but also pointed out that the passage between Kefallonia and the Peloponnese was quite difficult, since the winds change every two or three hours. “You have to be quite lucky and this is why, I think, that nobody has succeeded in doing this until now on a windsurfing board,” he added.
“We have a very good, united team with a doctor and people that know about surfing, the weather and the sea. A team that is doing it with enthusiasm and love because we are all volunteers. We are helping to promote the island, Kefallonia, and the Ionian. What Anastasia is doing is special, crazy, for a lady that is 81 years old, but we will succeed,” he said.