Greek Super League One: PAOK take on Panathinakos as Olympiacos travel to Xanthi 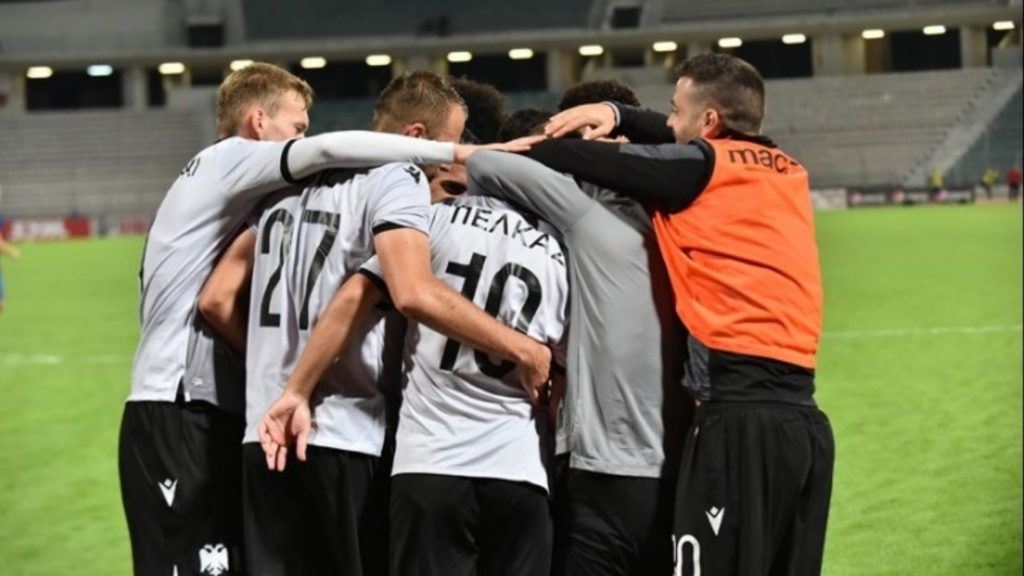 PAOK will look to further extend their winning streak as they host Panathinaikos. Photo: APE/MPE

Two crucial games will be held for Round 9 of Greek Super League One.

After last weekend’s results, the situation up top has become clearer, with Olympiacos remaining two points ahead of PAOK, in what is rapidly developing into a race for two.

In the upcoming game, the current champions will face Panathinaikos, as the hosts will once again be denied the services of midfielder Mauricio.
Giorgos Donis and his men will be looking to take on the challenge in an attempt to prove they are worthy of a place among the best of the league.
Yet they will have their work cut out for them, as the home side supporters are once again expected to create a difficult atmosphere for them, with tickets for the game nearly booked solid.

Panathinaikos are coming from a heavy home loss against AEL (1-2) in the league, yet they already seem to have put it behind them as they impressed with their performance in the mid-week game against Panachaiki for the Greek Cup, walking away with a comfortable 1-3 victory thanks to goals by Kourbelis, Moraitis (OG) and Bouzoukis.

One day earlier, Olympiacos will visit Xanthi to face the local team, as they attempt to stay at the top of the table.

The morale is high at the red-and-white camp after last Sunday’s win against AEK, but manager Pedro Martins understands the hidden difficulties of this game and seems to be prepared to use all his first team players, despite the fact that the Piraeus club will be travelling to Germany in the middle of next week to face Bayern for round four of the Champions League.

Meanwhile at AEK, the Spata training ground is beginning to look a lot like a hospital!

Nikos Kostenoglou is dealing with several casualties, with Petros Mantalos, Fransisco Geraldes, Vasilis Barkas and Victor Klonaridis all being sidelined due to injuries, while Ognjen Vranjes has been suspended by the club’s management because of disciplinary issues.

Thankfully, right-back Michalis Bakakis, who also picked up a knock during the derby, has nothing serious and will be available for the upcoming home game against Atromitos.

At Aris, new manager Michael Oenning has started his new campaign successfully with two straight wins and will hope to further his winning streak against bottom-of-the-table Panionios at Nea Smyrni.

The German gaffer is not dealing with any injury matters and so will have most of his players available for this crucial game. Meanwhile, third-placed OFI take on AEL in Larissa.