Go to the Greek islands if you must, but then there’s Nea Kerdillia

An insider’s guide to an alternative holiday to Greece 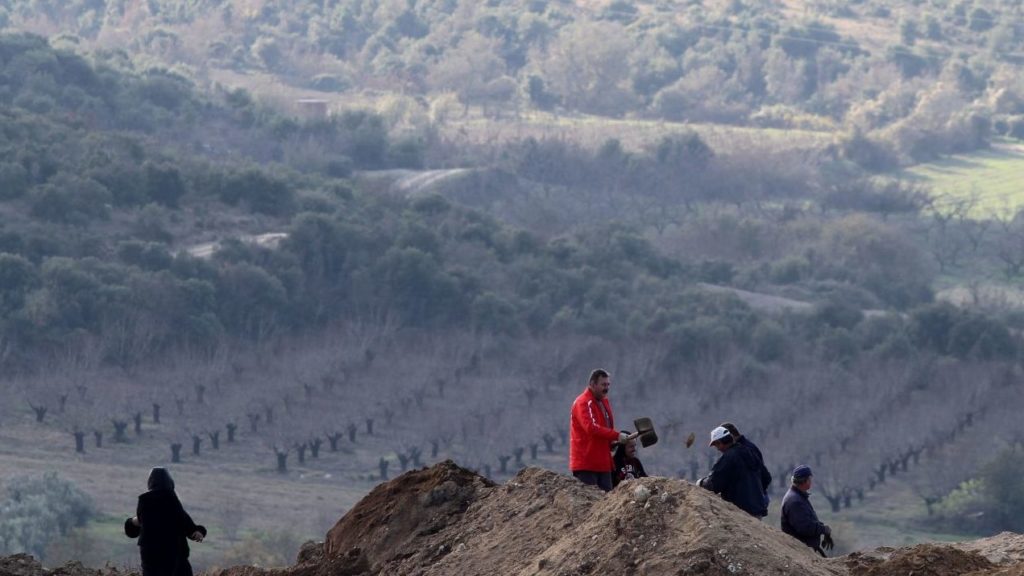 I went to Greece in May for four months. Throughout the duration of that time, I didn’t go to one single island. I stayed put in the village where I was born, Nea Kerdillia, about 100km north-east of Greece’s second largest city, Thessaloniki.

It had two small supermarkets, two bars, two cafes, two restaurants, one pharmacy, one ‘plateia’ (or piazza), one church, one cemetery, a beach, a temporary doctor, one taxi and a good cheap bus service for my shopping and sightseeing. What else do you need on a Grecian holiday? Nothing.

My new friend, Antonios, put it succinctly about the Greek islands.

“People are really stupid,” he told me.

“They spend all this money to go to Santorini to see a sunset, but the same sun sets everywhere in Greece.”

Indeed, it does, and Greece has many magnificent backdrops from which the sun sets.

I chose our ancestral village, Nea Kerdillia this year. My elderly parents, older brother and sister and I went back to Greece as a family for the first time since migrating to Melbourne, in 1971.

There were many personal firsts: I met a modern day shepherd who took me deep into the mountains where his prized goats grazed; voted three times in six weeks; ate shoreline seafood fished from nearby waters that morning; attended eight funerals in four months, including that of an 103-year-old uncle whose immaculately-groomed corpse lay in a coffin in his formal lounge room for mourners to pay their respects before his afternoon burial. Oh, and I didn’t have to spell my name not one single time in the entire four months.

There were also many family highlights. I heard my 86-year-old mother and her oldest friend in the world, Evantheia, recite the poem they presented at Greek Independence Day celebrations, in March 1941, before the Nazis destroyed their village six months later. And I met many relatives for the first time, like Nikos, who took me sightseeing. Then there were the existing ones, who I got to know better, like Aunty Iphigenia, cousins Soula,Toula, Giorgios, another Antonios and Yiannis.

We were overwhelmed at the village dance when locals dedicated songs and dances to my 86-year-old father and finally sent him off by serenading him. We were brought to tears when we visited the many monuments commemorating the village’s brutal past that saw the Nazis in 1941 kill 234 male villagers aged between 16 and 65 years old and left the elderly and the widows to bury the dead. As a result of this massacre, many descendants, like my brother, Thomas, are named after the fallen uncles and fathers. It was surreal to him, and me, seeing his name on monument after monument.

All these experiences made me realise that there are so many Greek adventures to be had away from the usual tourist treks. Off-the-beaten path you can immerse yourself in Greek cities, towns and villages in a more authentic way. The best place to be is the ancestral village, where you can reconnect with your routes. If you don’t have a village, don’t worry as the locals will make you feel at home. Best yet, you’ll see the past coming to life and the present filled with awe and adventure.

READ MORE: Amphipolis may be open to visitors to northern Greece by 2021

To get you started, here’s a list of things to see and do in my village, Nea Kerdillia, and its surrounds:

Nea (or New) Kerdillia was built on the Thessalonki-Kavala Highway in 1949, from the merging of two villages, Upper and Lower Krousouves. These two villages were destroyed by the Nazi’s during World War II, in retaliation for locals supporting the Resistance. They made an example of these villages so that surrounding areas could witness what would befall those who resisted. More than 230 males aged between 16 and 65 were killed and all but the four churches were destroyed. All the males of many families were wiped out.

A few weeks ago, on Thursday 17 October, the area commemorated the 78th anniversary of the massacre. Dignitaries and many others come from far and wide to remember. Those interested in learning more about the history of the place don’t need to wait for the anniversary to do so. Hire the village taxi or get an obliging villager to take you to the region, just four kilometres uphill from the new village.

A huge cross monument tours over the countryside, paying tribute to the dead with their 238 names chiselled in white marble. A short walk will take you to a chapel where the bones of the massacred are kept.  The views from the destroyed villages are breathtaking and you can see the Tomb of Amphipolis from the back of the church of St John. From there you can also see how Alexander the Great would have used Amphipolis and the waterways to launch his ships. For further information go to https://dimos-amfipolis.gr 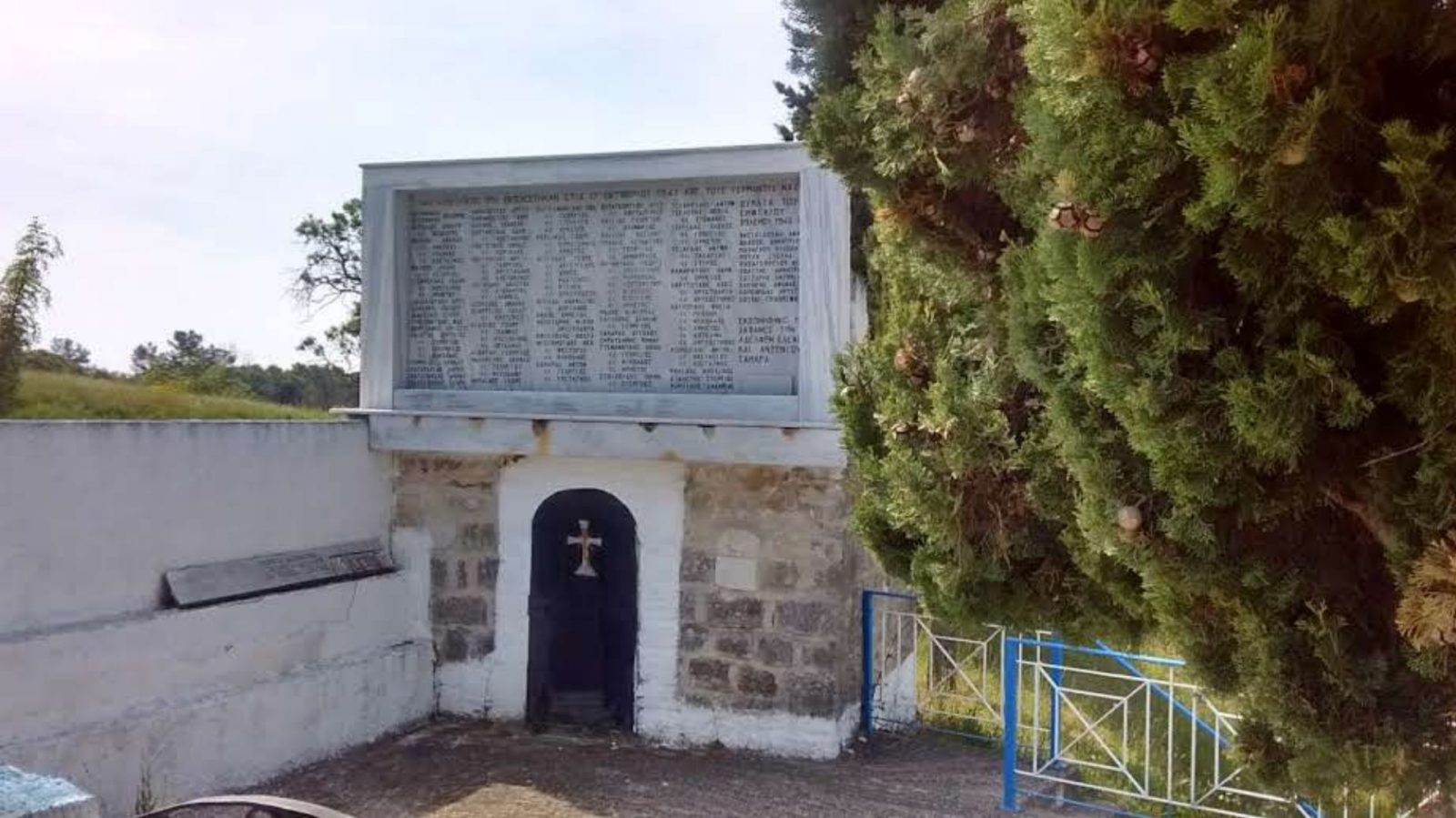 READ MORE: The road to Koustagerako

The new village is rich with free old things to see. The new church, St Anargyroi (named after ancient twin philanthropic physicians), houses artefacts dating back hundreds of years. For a full collection of the artefacts rescued after the Nazi massacre, visit the church’s hall downstairs. Stop to contemplate the commemorative panels with the 234 males massacred on the outside of the hall as you leave.

At one edge of the village is the five-metre high Lion of Amphipolis, which is said to be connected to Alexander the Great’s admiral. On the other edge, opposite the beach, is the colony of Ancient Argilos. A joint Greek-Canadian excavation, marvel as local and University of Montreal students shift through the sand every summer and bring an ancient civilisation to life. Go to www.argilos.net

Six kilometres from my village is the historically important village of Amphipolis.

Amphipolis is connected to the life and times of Alexander the Great. He met his army there and began his Persian campaign. His wife, Roxanne, and heir, Alexander IV, met their end there.

Take the bus for a couple of euro – about $4 AUD one way – and head to the Archaeological Museum of Amphipolis. Headed by my cousin, it houses many treasures from the area, including the sphinx head found at the Tomb of Amphipolis.

The Tomb of Amphipolis

A recent find, this tomb is considered to be of enormous historical significance. It is the largest tomb in Europe, covers about 20 acres and dates back to the time of Alexander the Great. Locals believe it is the tomb of Alexander the Great himself. Excavations have resumed recently and access is denied to the public. But, there are already tours to the area and there is much to see, including the ancient villages of Amphipolis and Messolakia. Go to www.theamphipolistomb.com and www.greece.com/destinations/Macedonia/Serres (then the village name)

The Nazis left the four churches standing when they destroyed my ancestral village.

From the back of St George, at Lower Kerdillia, you can see where Alexander the Great would have launched his ships. You can sit at the amphitheatre and drink water from the ‘holy well’ at St Anargyri.

Over hundreds of years, these churches have been looted with village priest, Father Michalis, known to live in the churches for weeks at a time to protect them.

The villagers keep up the restoration works and the young marry and baptise their children there, just as my parents were baptised there, and their parents before them.

Tourists are welcome, too. You can borrow the keys to the four churches from Father Mihalis and see the ancient icons and ecclesiastical architectural beauty up close. For further information go to Father Michalis Theoharidis facebook page http://enoriakerdillion.blogspot.com

Summer is festival season in Greece. Every village puts on free music and dance shows. Just find out the date and time because the venue is easy: it’s always at the town’s central square – the ‘plateia’. Note that when the live music stops, the Greeks leave, so the music doesn’t stop.

My village had two dances. I danced to the drums and clarinet at the festival celebrating the church’s patron saints and we also had the time of our lives at the 15 August village dance. There was also free theatre at the primary school my brother and sister went to in the 1960s and even the circus came to town.

Superseded only by Easter and Christmas, Assumption on 15 August is one of the holiest days in the Greek Orthodox calendar. Southern Christian Europe closes down for three days, but in Greece, most people take their summer holidays from the 1 August. For two weeks, Greece stops to holiday, party and travel. Book ahead if you want to, too. 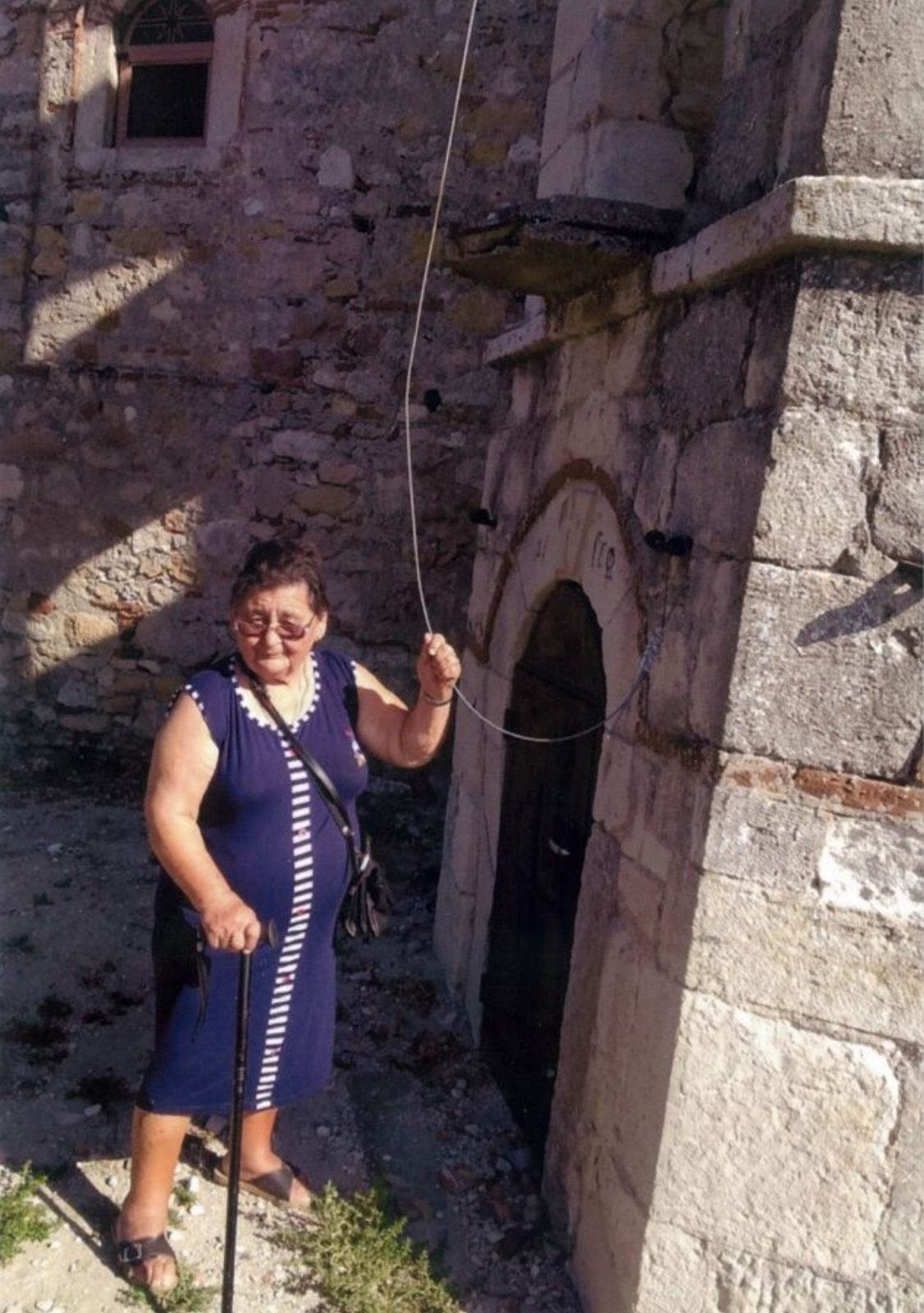 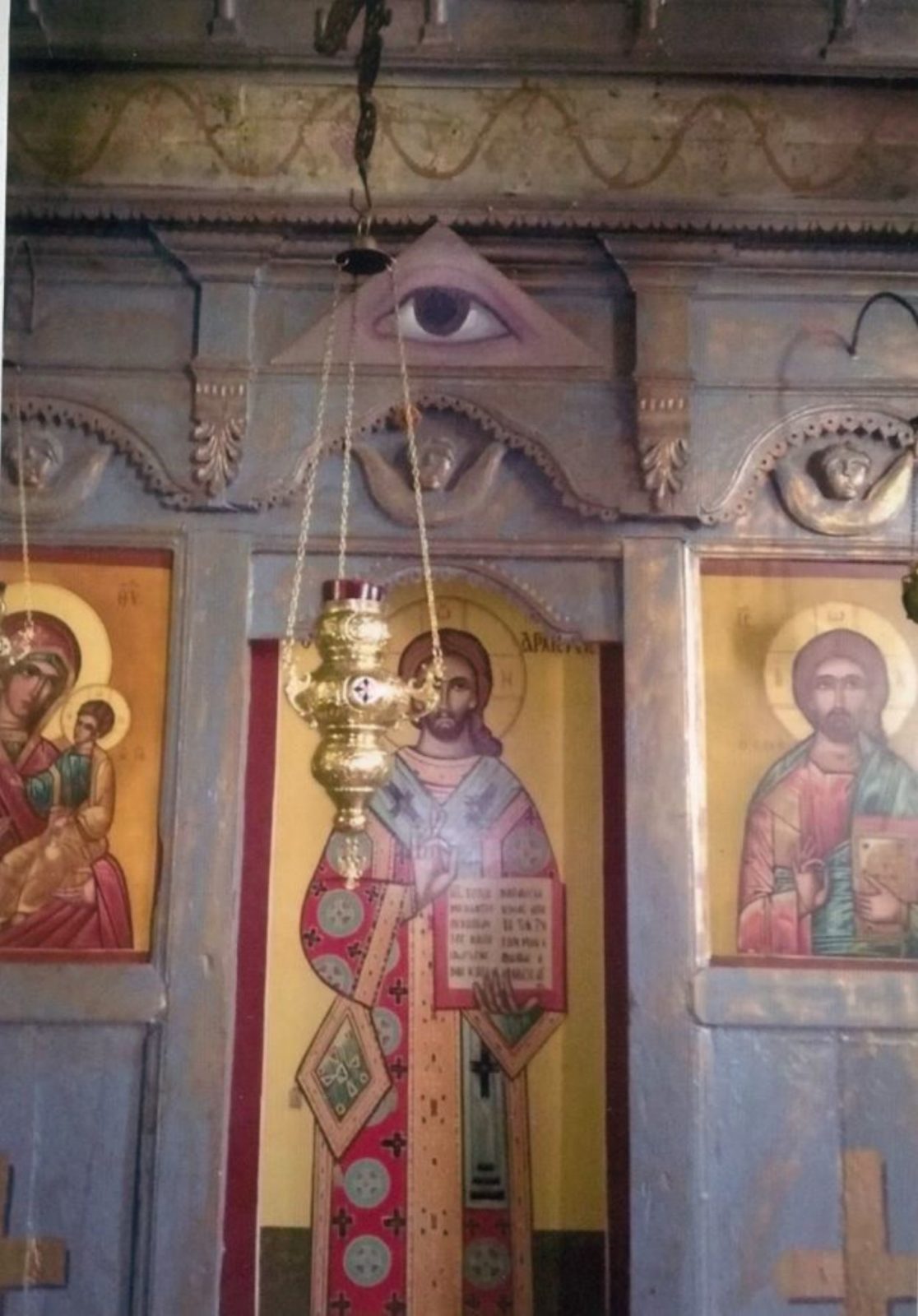 Everything I ate in my village and around regional Greece was delicious. Greece is known as the food bowl of Europe and my village, situated in the farming-belt province of Serres, ensured that recipes used the finest ingredients. I ate fish at taverns metres from the shoreline, devoured fresh fruit and vegetables from farmers who came to our door to sell their produce and got spoilt with homemade cakes of all kinds from relatives who came to see us. If you don’t want to cook, go the restaurants in Nea Kerdillia, that maintain their village charm, or the plethora of beachside restaurants and taverns in nearby Touzla, Asprovalta and Nea Brasna. For further information see asprovalta-vrasna.gr and www.tripadvisor.com.touzla

My village has a nice beach along with a beach bar, known as Bratsaki. For the full Greek beach experience, catch the bus for 1.90 euros (around $3) one way for a 20-minute trip to the long shoreline beaches at resort towns, Asprovalta and Nea Brasna. For the price of a coffee, lie on a sun lounge, enjoy the groovy music, play beach volleyball, barter with the travelling salesmen (some told me they came from as far away as Bangladesh), or enjoy the warm sea. A half-hour trip in the opposite direction, takes you to the thoroughly modern sea-side town of Paralia Ofrinio, but everyone calls it by its Turkish name, ‘Touzla’. There the sea-side cafes with sun lounges are so close to the beach that if there were a slight change in tide patterns, you’d be sipping your Gordon’s Gin in the water.

Another day another bazaar. On Monday morning, go for a swim at Asprovalta or Nea Brasna before shopping at the bazaar along the beach promenade. For the ultimate fleamarket experience on Mondays, head to Touzla’s bazaar on a Monday. It is huge and has everything from stalls that sell everything for one Euro to more. The bazzar gets even bigger in July when the resort town celebrates the church’s patron saint. On Wednesday’s, it’s Mavrothalassa’s turn. A short bus drive from my village, this was a favourite. It had fewer stalls with better quality wares. Go by bus to all of them. If you haven’t got one, simply buy a trolley at the beginning of the bazaar, fill it up with your clothing, linen and fresh food needs, secure the flap, put it for free in the bus’s luggage compartment and go back home knowing all your week’s shopping is done.

Cost
Europe is expensive for us Australians. I got clobbered this year with the exchange rate, that at one stage hit $1.75(AUD) for one euro. Even so, many things are cheap and your Aussie dollar goes a long way.

Dora Houpis is a Melbourne writer. She travelled to Greece at her own expense.