Should ‘wogs’ be trademarked? ‘Wog boy’ Nick Giannopoulos seems to think so 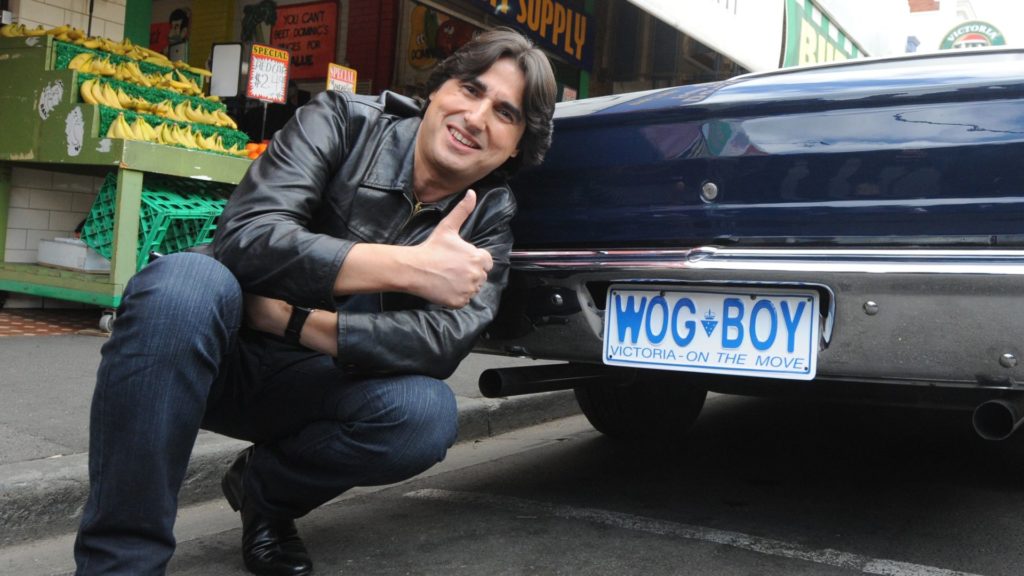 The origin of the term ‘wog’ is unclear, having first been noted by lexicographer FC Bowen in 1928 in his dictionary of old-timers’ expressions and epithets.

Greek Australian comedian Nick Giannopoulos breathed new life into the term as he rose to prominence with his top-selling show, ‘Wogs Out of Work’ in the 1980s. His Wog Boy (2000) feature film was one of Australia’s most successful comedies which grossed $13.4 million at the box office and was followed by the sequel, Wog Boy 2: Kings of Mykonos (2010).

Speaking to the Herald Sun on Saturday, Mr Giannopoulos warned that he would take legal action against comedians using the word ‘wog’ to promote their shows. The comedian, known as ‘the wog boy’, told the newspaper that lawyers have been hired to protect his trademark ‘wogs’ or ‘wogboys’.

Mr Giannopoulos told the newspaper, “The government ruled in my favour in the mid-90s saying the word ‘wogs’ is associated with my previous shows…They granted me that trademark so that I could protect my business interests.”

The use of the word had first come to light in 2017 during an interview with radio hosts Kyle and Jackie O where Giannopoulos revealed that he trademarked the phrase because he wanted to “claim ownership” of the word that had been used against him during his childhood. “The word I hated the most in the world, I now own,” he said.

Mr Giannopoulos has presented a number of ‘wog’ TV shows and movies, as well as stage shows using ‘wog’ in the title.

Italian-Australian comedian Gabriel Rossi has performed in a number of performances, including A Very Woggy Xmas, for 18 years. On Monday, he told 3AW Mornings that he had changed the name of his show to A Very Ethnic Xmas.

“I think he’s being petty, to be honest,” Mr Rossi said, speaking to 3AW.