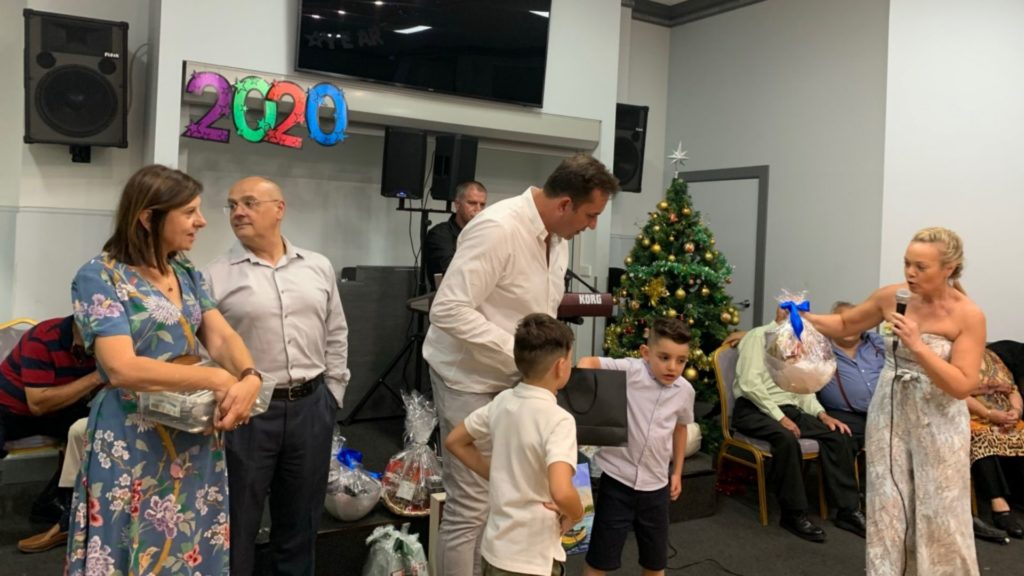 A wonderful time was had by all who attended the Lefcadian Brotherhood New Year celebrations in Melbourne. Photo: Provided

The Lefcadians of Melbourne gathered at the Lefcadian Brotherhood centre to welcome 2020 on the evening of December 31.

Despina Varveris, the president of The Lefcadian Brotherhood “Lefcada”, said that everyone who attended the function, which was hosted by the new committee, had a great time  and enjoyed the wonderful food and entertainment that was provided to see in the new year.

READ MORE: A wonderful display of aromas and flavours from Lefkada

Volunteers from the organisation served the people who came to enjoy the festivities. The volunteers helped the board of directors to cut up and serve the vasilopita to participants.

Ms Varveris said the next event to be arranged by the Brotherhood of Lefcada will be an excursion to the Greek Orthodox monastery of Panagia Kamariani at Red Hill on the Mornington Peninsula  on January 26.