If you’ve experienced Melbourne’s live music in a timeframe spanning from late ’80s to today, chances are you’ve been to at least one (and likely more) gigs organised by Mary Mihelakos.

The second generation Greek Australian booking agent and journalist has 30 years under her belt making things happen in the local music scene as well as promoting Australian artists abroad.

Booking bands since the age of 17, her professional experience includes PR publicist roles and DJing for popular venues, serving for a decade as Editor of Beat, Melbourne’s best known magazine for gigs and entertainment, running a music-dedicated column for The Age and running international events across the US and Europe.

Industry insiders describe her as a ‘local music titan’ and ‘Melbourne rock royalty’. But hearing Ms Mihelakos speak about her trajectory you won’t get a self-claimed ‘city icon’ title, even though she is considered as such.

Ms Mihelakos’ reputation is now set to reach a broader audience, after being revealed as the Music Victoria Hall of Fame Inductee for 2020, along with late blues musician Chris Wilson.

The induction will officially take place at the Music Victoria Awards event on 9 December, livestreamed from Melbourne Recital Centre.

Ms Mihelakos says the recognition “wasn’t something I expected, but it means a lot to me”.

“I’ve been involved in the Melbourne music scene since I was very young and […] it feels great that my efforts have been appreciated, because a lot of it was my crazy ideas that I followed through with.”

Helping artists and advancing the local music scene, has been her main driver, she states.

“I am passionate about Australian music and the music scene and when I had an idea for something, I just did it, even if it meant spending weekends and evenings working on it”.

So, what paved the way for Mary Mihelakos’ initiation in the industry? 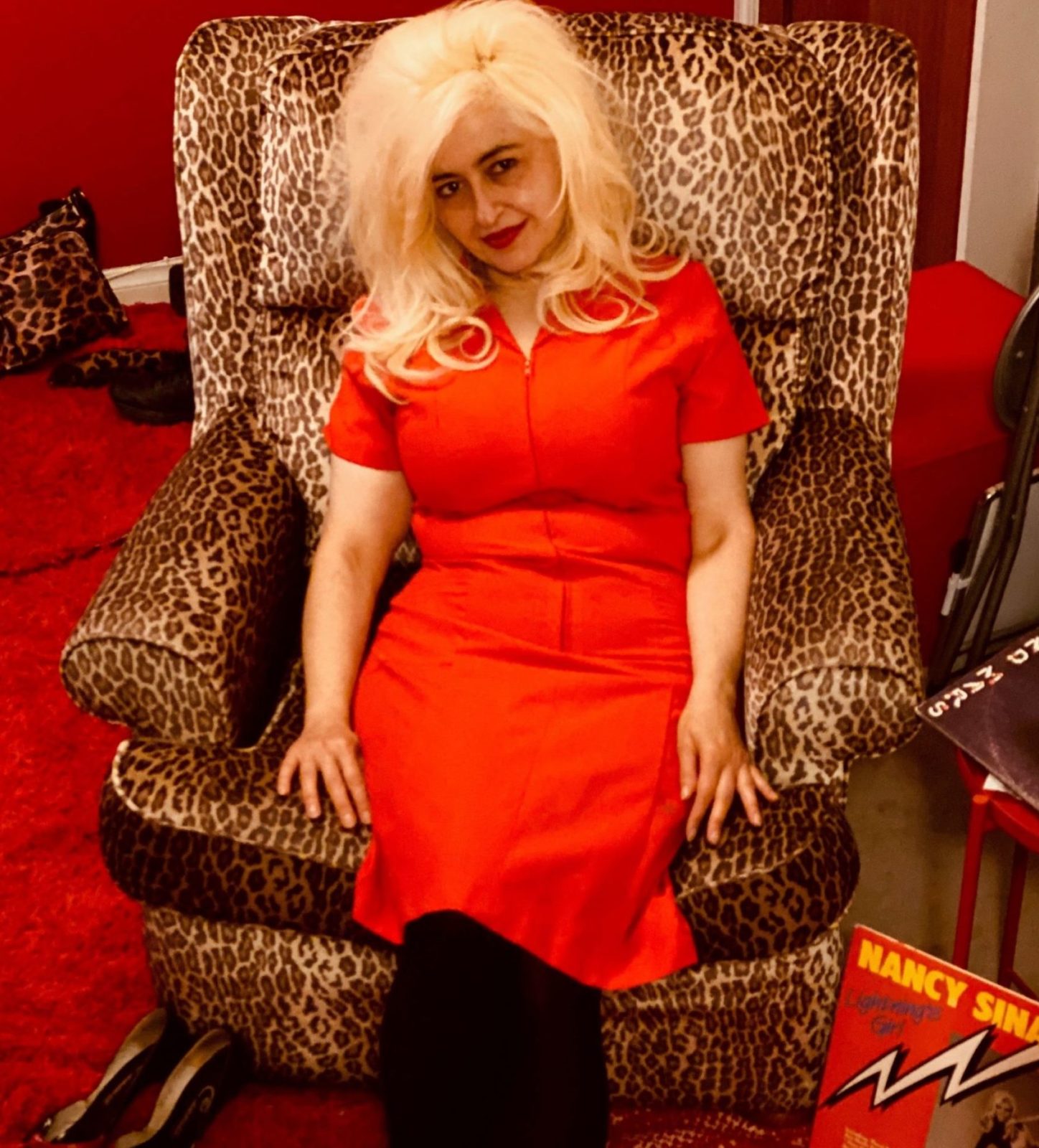 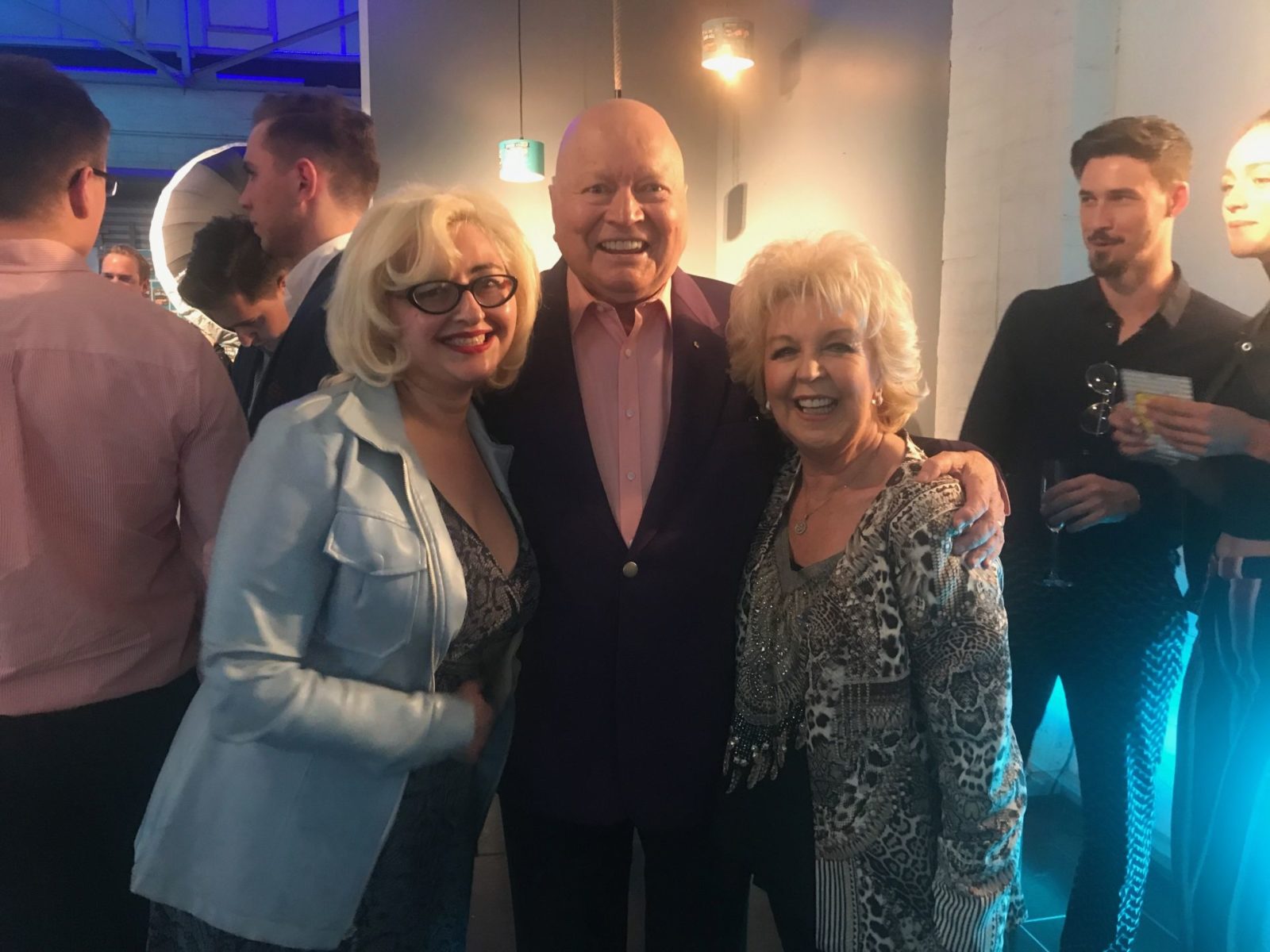 Falling in love with music

Listening to music of course – a lot of it – while enjoying her family’s unconditional support in doing so.

“I’m the youngest of three sisters, and both were into music, I was able to listen to their records growing up. So by the time I was 10-11 I was already very passionate about music”, she explains ranking the first three bands she fell in love with: ABBA, KISS and INXS. Mary Mihelakos at kinder wearing an Abba t-shirt, the fist band she fell in love with. Photo: Supplied 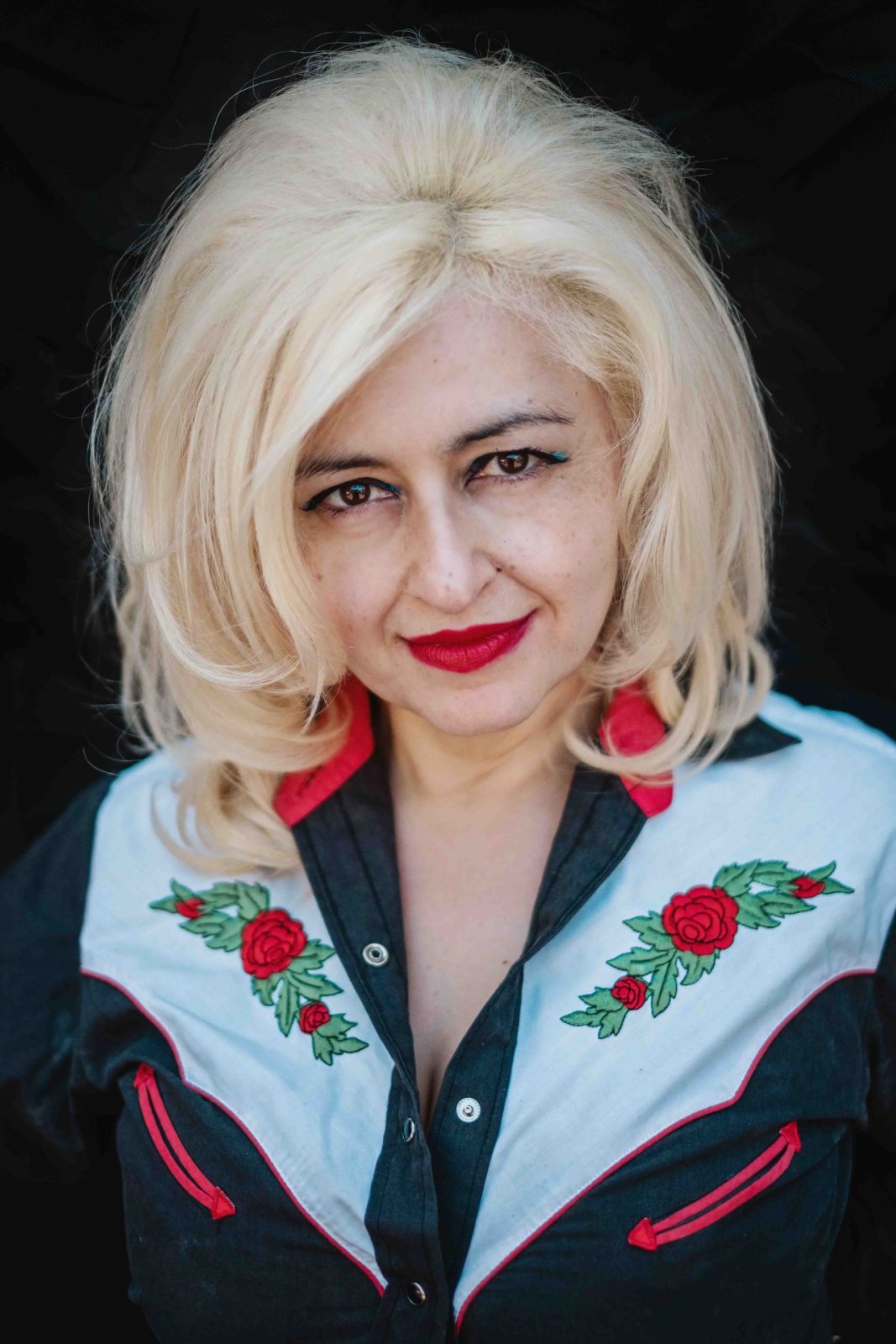 The Aussie rock legends was Ms Mihelakos’ first live concert she attended for her sister’s birthday, at Festival Hall back in 1983, the first of many that followed.

“I would go and see Melbourne bands play if they did daytime gigs, and anything I could get that was live music, I went to it[…] So even though I was a sheltered Greek girl, I did get very lucky to have a parent or a sister driving me there to they would drop me off and pick me up and to a lot of these I went by myself.”

READ MORE: I wish to get Greek citizenship through my Greek-born parent

A couple of years later, Ms Mihelakos started volunteering at 3RRR, the Fitzroy-based radio station that became her second home during her teens.

“I felt very safe there and my parents knew how much I loved the radio station and that I was there for the music.”

Spending the day at 3RRR became a weekly routine for Ms Mihelakos alongside school and attending gigs.

“Everything I did was with my parents’ blessings and their help” she says.

“You know in that first INXS concert, my mum went under the roller door at the back ticket office to buy us tickets […] she would buy me the album that I wanted and have it for me when she picked me up from school and on Saturday mornings I’d go and work at my dad’s real estate agency, dad would give me $50 and I’d go straight to the record shop.”

Perhaps not by chance, her father, Sam Mihelakos, was also a self-starter in his field, having migrated from Greece in 1955 and managed to establish from scratch his Brunswick real estate agency.

“I had super supportive parents[…] They didn’t realise that I would make a career out of it, but they certainly didn’t stop me from following my passion, because that’s all I wanted.”

From local to global and then…local again

Ms Mihelakos’ professional involvement in music venues started from the age of 17.

“I wasn’t old enough to be allowed in legally, but I was actually getting paid to be there,” she muses.

While studying media at Swinburne University, she was landing jobs as a booker and publicist in some of the city’s landmark venues, including the Evelyn and the Punter’s Club.

“In the mid 90s I started working at the Beat Magazine as the Music Editor where I stayed for 10 years or so and I went to gigs every night so I got to know a lot of the people in the Melbourne music scene. And it was just something that felt natural to me, I never thought, you know, I was doing anything that other people my age weren’t doing. I was just super supportive of Australian bands, new and older.”

Travelling overseas for festivals since she was 21, and later on for music conferences, came with food for thought early on in her career. 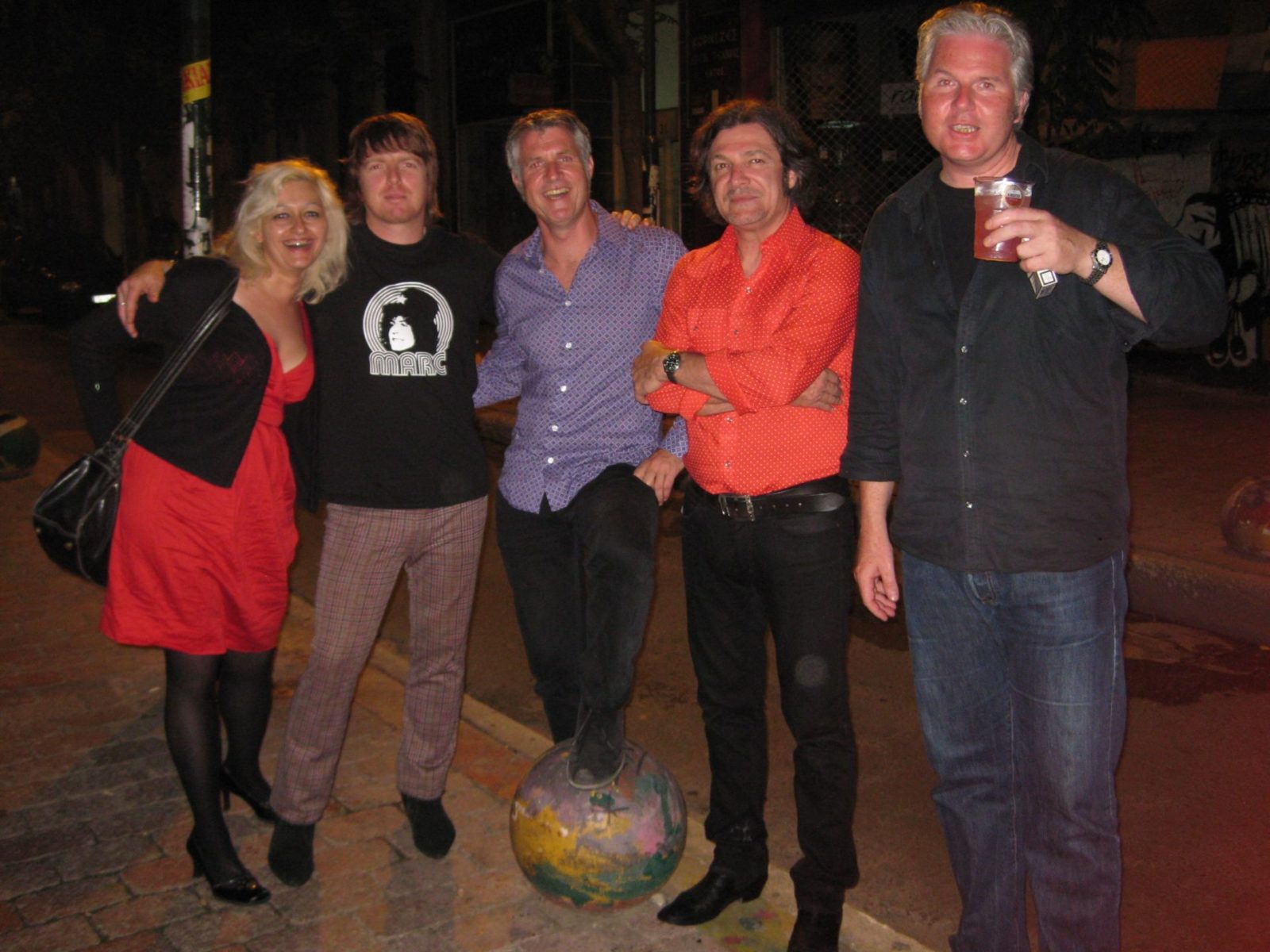 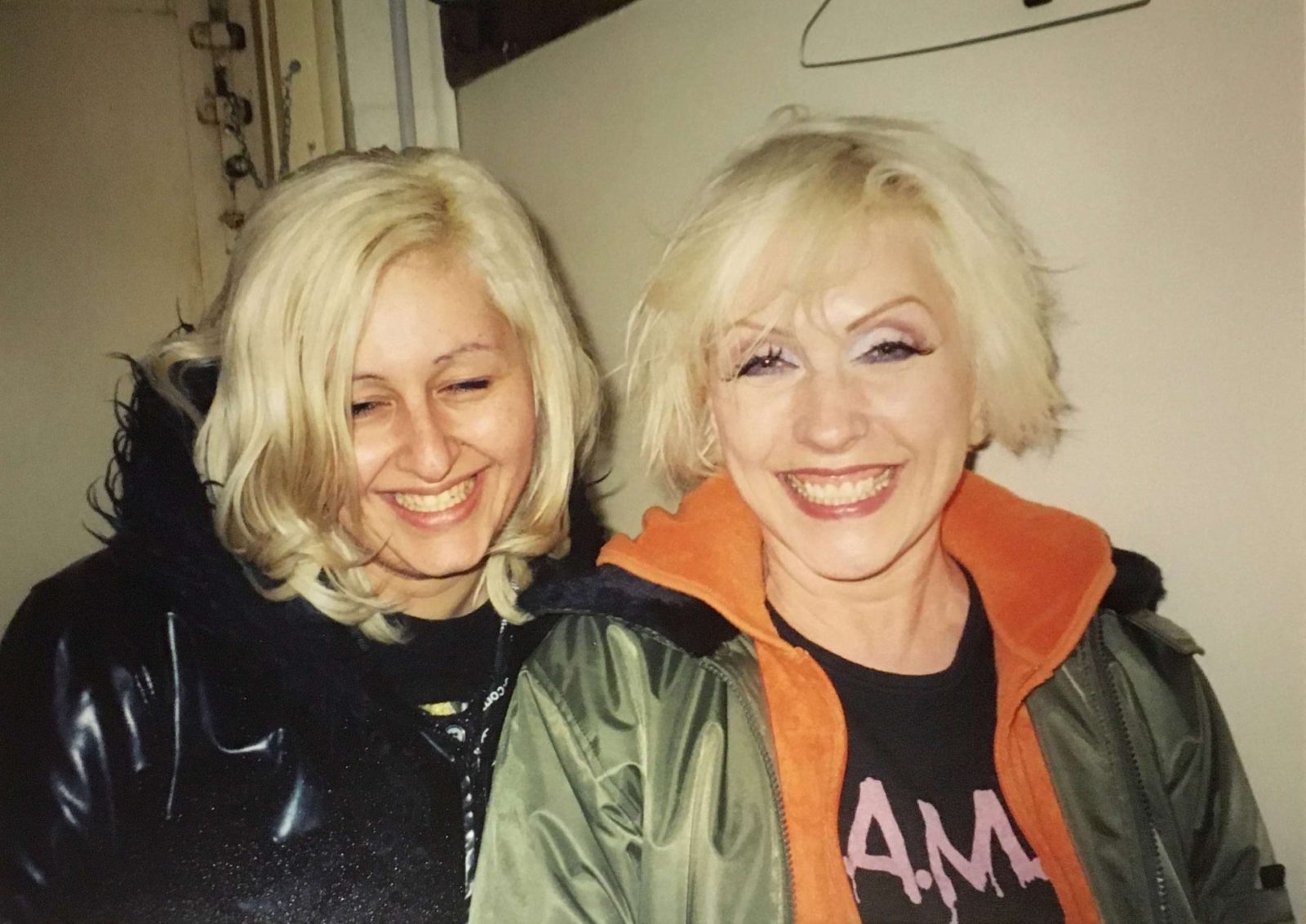 Ms Mihelakos shares an insight that prompted her to venture internationally, after attending the South by Southwest music festival in Austin Texas.

“I saw that in the early 2000s, a lot of Australian bands were spending thousands of dollars to go there. But no one was really getting anything out of the experience of showcasing their music at this conference[…] so I decided to set up my own events.”

The first big day party she put together there in 2003, kickstarted the Aussie BBQ, an event showcasing Australian music that has been replicated in Los Angeles, New York, Hamburg and London among other locations.

A lot of the time and funds Ms Mihelakos put into this project would come at the expense of paid work, but she has no regrets.

“Because I think it was really worthwhile, and it made a difference, so I’m proud of this and was lucky because I got to travel a lot.”

Since 2013, Ms Mihelakos has handed over the Aussie BBQ to Sounds Australia, a government supported initiative co-run by the Australia Council tasked to raise the profile of the country’s offerings in international music markets. But that’s not the only multi-artist event she founded.

In 2016, she stopped going overseas to focus on the Buried Country, a series of live concerts – named after Clinton Walker’s book – featuring Aboriginal country music legends, which they ran for three years.

“It was really important to me because I got to see a lot more of Australia and it also really opened my eyes to what I was missing[…] I just fell in love with Indigenous musicians like Auriel Andrew and Roger Knox and Jimmy Little […] and put together this touring show which I’m very proud of.”

Another one of the ‘crazy ideas’ – as she terms them – she successfully pursued was setting up the Melbourne music bus tours, as part of the Leaps and Bounds music Festival.

Passengers are treated to a 3-hour drive from the Arts Centre to Fitzroy and back to the city learning about historic venues and all the ins and outs of Melbourne’s music scene.

The sell-out tours are now on hold, due to the pandemic, but Ms Mihelakos has already put some thought in similar projects that could be marketed worldwide combining tourism with celebrating the history of Australian music.

READ MORE: Art persists in a time of pandemic “It’s really about highlighting how great live music and any music really that comes from Australia is.”

“It’s been such a hard year for everybody[…] So it’s really helped me to get through it finding out I’ve been appreciated.

“For me personally, because I haven’t worked since March,” she explains while admitting the COVID hiatus was an opportune time for a break after organising eight bushfire fundraisers throughout January and February.

One of the biggest strengths of Melbourne’s music scene, she says, is the multitude of venues along with the diversity of artists showcased.

But COVID-19 has put all this on hold, with the industry being one of the hardest hit from the pandemic.

“A lot of my friends and colleagues are really suffering at the moment and businesses have been decimated,” Ms Mihelakos says but states hopeful for the pathway to recovery.

“I think we’ve got such a strong community of people that care and look after each other[…] I speak to so many people who are not necessarily working in the music industry, but they go and buy tickets and records and support musicians.”

After all, music is about “connecting people” she says, and the pandemic hasn’t stopped this, although it’s cornerstone ‘live’ element moved to virtual stages.

“We’ve got such a great offering in Melbourne and I’m so glad that things are gonna open up again.

“I think things are gonna bounce back, because we’ve got a strong base, it’s the audience that come and support the live music, that is also what’s gonna keep us going and if anything I believe a lot of people realised how much they missed it.”