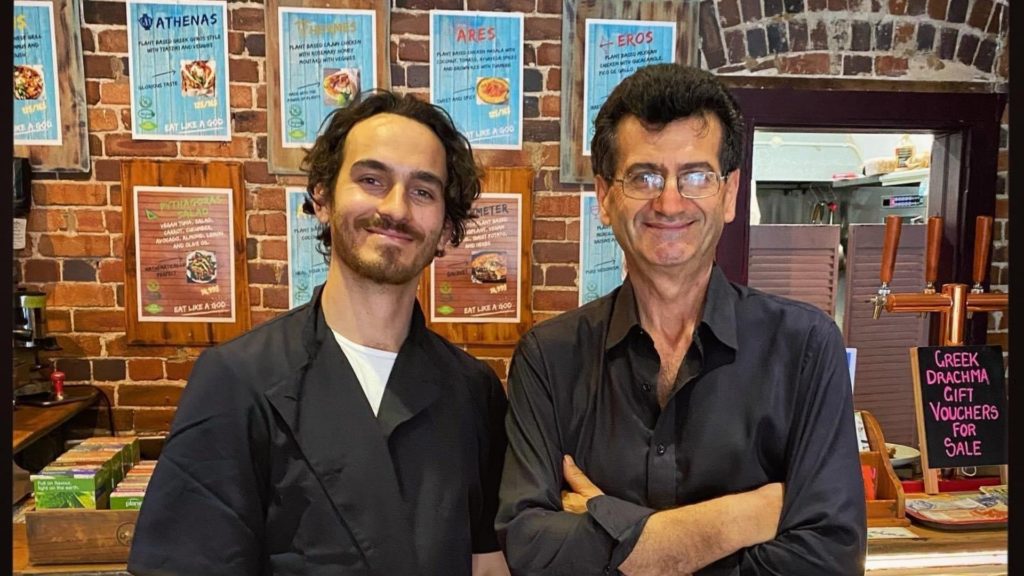 If Socrates and any of the ancients were around today, they would feel at home with the offerings of the Hippocrates Healthy Eatery in Randwick, Sydney. That would because the owner, Harry Tsoukalas drew his main inspirations for the fully vegan menu favoured by the ancients, including the father of medicine (and well-being) himself, Hippocrates.

When you see supermarkets specifically catering to vegan needs, you can no longer dismiss veganism as a fad. For Mr Tsoukalas rediscovering the ancient diets that incorporated fresh vegetables, fruit and herbs was a life-changing experience in more ways than just his health.

Before he opened his restaurant just over a month ago, Mr Tsoukalas, 60, worked as remedial builder, repairing homes plagued by damp and mould. Just 18 months back he had problems with his circulation, prostate and he suffered from debilitating back pain.

“I began to read the ancients and found that they did not eat much meat. They used a lot of natural products, fresh vegetable, legumes, herbs and fruit. They would eat was grown locally and what was in season.

“In the case of Pythagoras, you had to be a vegetarian before you were allowed to enter his academy. Socrates said: ‘If you want to at meat then go hunt for the animal, kill and eat with your bare hands.’

He decided to stop eating meat, dairy products and processed foods, sugar and bread (except for gluten-free breads) and adopt a plant-based diet using raw fresh herbs, such as oregano, thyme and mint in salads and lemon

Giving up meat and dairy ended the inflammation that caused his severe back pain.

“I am 60 years old. Thanks to this diet, I have lost 27kg and now I feel like I am 30. I am not in pain or tired all the time. I feel calmer and don’t get upset It is why the company logo is: ‘Let food be your medicine.”

The changes that he made in his diet and health have also led to a major shift in his life.

He was working to remove mould at a restaurant on Avoca Street and it became available for sale. He decided to take the plunge into the hospitality industry despite the huge risks.

“About six restaurants on the street had closed because of COVID-19 and everyone thought ‘here is this crazy, stupid Corfiot opening a restaurant’.

“I was looking everywhere for a chef who understood what I wanted and one day in walks Derek Yannik who tells me he has studied the recipes of Hippocrates and the ancients. We have been working together since.”

In just a month after opening, word has spread throughout Sydney. The clientele from all walks of life are drawn to the vegan menu that draws from Greek cuisine – Jackfruit forms a very good substitute for mince -, as well as Mexican and Asian influences.

The restaurant interior recalls Mr Tsoukalas native Corfu and the walls are painted with lime to prevent mould and bacteria.

The food is sourced from organic growers and is tastier than supermarket equivalents.

“It may be pricier but if more people opt for organic vegetables it will encourage more growers to go organic and the prices will come down. It is my dream to one day have my own farm to grow organic vegetables.”

Mr Tsoukalas’s father was a priest, Rev Spiros, who had a farm on Corfu. In 1983, he brought the family to Sydney where he served for eight years as the parish priest for the Church of the Holy Trinity at Surry Hills.

“My father returned to Corfu, but I stayed with my two brothers and sister.”

Mr Tsoukalas said another influence in his dietary habits included the tradition of fasting that is part of the Orthodox calendar.

“My father’s philosophy on food was: ‘I will eat and drink what God has given me.’

On one of his trips to see his father, Mr Tsoukalas said he had gone to the shops to get big, bright apples. He found his father at home eating an apple from his trees which had  worm in it.

“I asked him how he could eat an apple with a worm in it when I had such fine apples from the supermarket. He replied: “If my worm does not like your apple then there is something wrong with your apple.’” 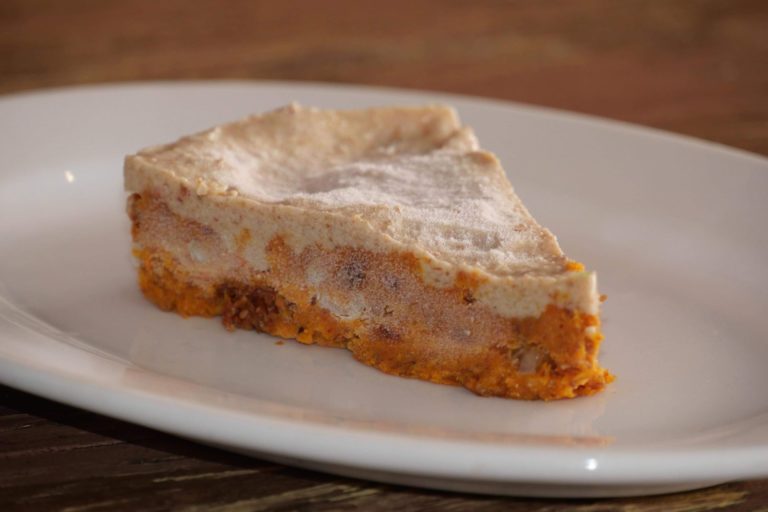 This Hippocrates Healthy Eatery Carrot Cake recipe, provided by Harry Tsoukalas, is  easy to make. It is good to have any time, including at breakfast as it provides you with clean energy to face anything your day has to offer.

Method:
We take the carrots and dates and add the lime and mix them in the blender.
Then we mix the rest of the ingredients to make the cream.
We place the carrot and date cream first in a bowl and we add the cream on top.
We place in the freezer. When it has set take it out of the freezer at least half an hour before eating it. Enjoy.