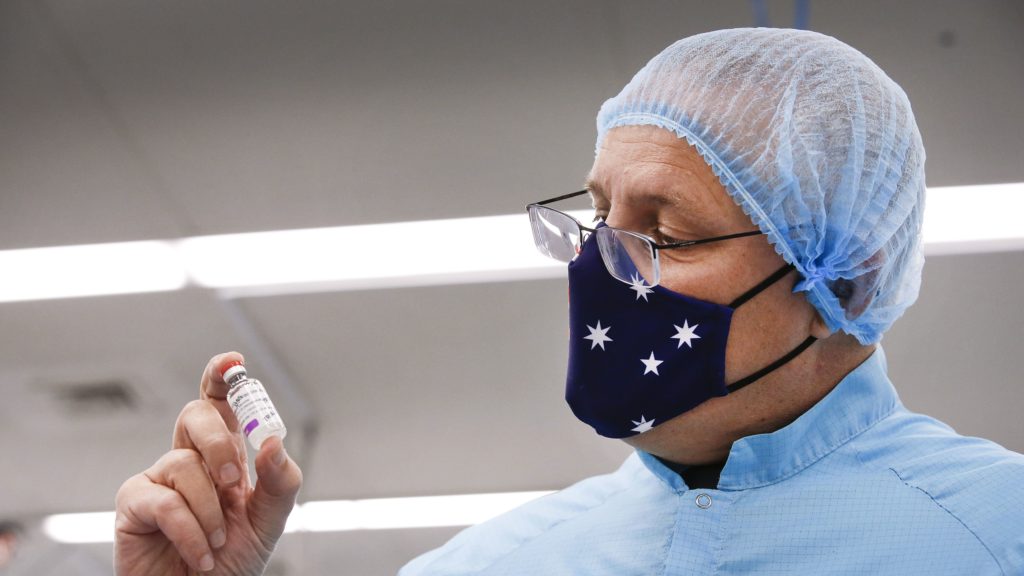 The Therapeutic Good Administration (TGA) said that the vaccine can be used for people over 18 years. It said that while people aged over 65 had “demonstrated a strong immune response” to the vaccine, there were not enough people infected in the clinical trials to determine the overall efficacy for that age group.

“The decision to immunise an elderly patient should be decided on a case-by-case basis, with consideration of age, co-morbidities and their environment taking into account the benefits of vaccination and potential risks,” said the statement.

The TGA advises two doses of the vaccine at 12 weeks apart, but if that was not possible, then a minimum interval of four weeks between doses would be required.

Australia has secured 53.8 million doses of the vaccine of which 50 million would be made in Melbourne by CSL, a global biotech leader.

READ MORE: “The eagle has landed” but vaccination program must be inclusive of all Australians

The TGA found that AstraZeneca could prevent COVID-19, a disease caused by the coronavirus. It is not clear as to whether it prevented transmission or asymptomatic disease.

A recent study by Oxford University, which has not yet been peer reviewed, found the vaccine not only prevented severe disease but also appeared to cut transmission by around 67 per cent.

On Monday, the first shipment of 142,000 Pfizer doses landed in Australia and jabs are set to begin next Monday, beginning with aged-care residents and frontline workers.

Will Aussies get the jab?

A public messaging blitz will be aimed at more than half of people in Victoria, however poll by RedBridge obtained by the Herald Sun states that 17 per cent of the state would not agree to be voluntarily vaccinated once the vaccine becomes available.

But the federal government is confident Australians will continue their “great track record” of being vaccinated, and is planning advertising aimed at those with specific concerns and to counter misinformation.