A bottle of ouzo’s connection to the COVID-19 vaccine 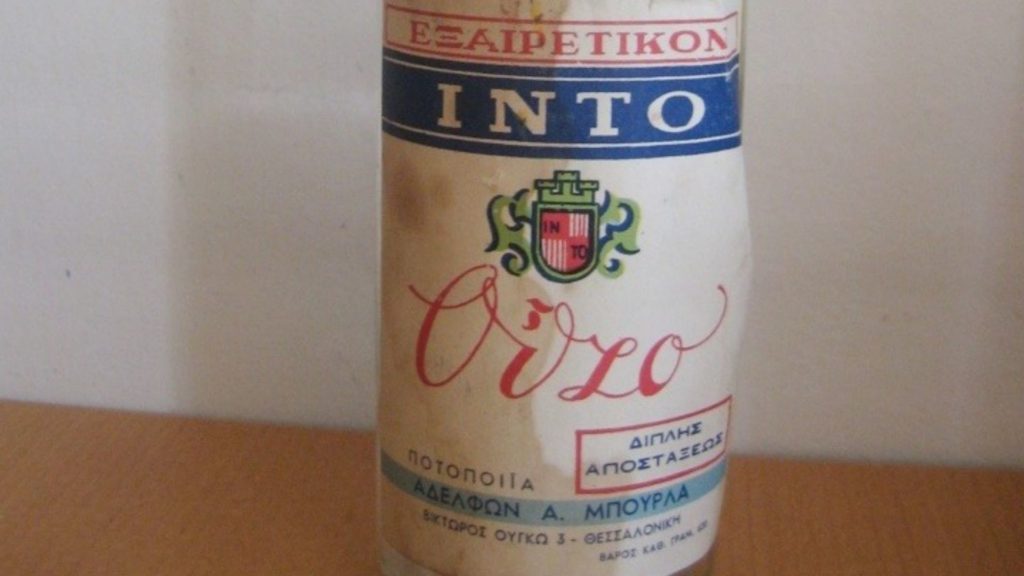 Historian Leon Saltiel recounts an invitation to dinner by his aunt in Geneva that led to the discovery of a little-known part of Thessaloniki: the history of a distillery producing ouzo with a kosher label, established by a family name that is now linked to the current head of a pharmaceutical giant producing one of the COVID-19 vaccines. The historians story is as follows:

During one of my travels, I was invited to a distant aunt’s for dinner. To please me, as I am from Greece, she asked me, “Would you like some ouzo?” Not to be rude, I agreed, and here came the strangest bottle of ouzo I had ever seen.

The label was written in Greek, stuck on an old glass bottle. It read: “Exceptional Ouzo ‘Into’ – Double Distilled – Distillery of A. Bourla Brothers, Victor Hugo 3 street, Thessaloniki.”

The upper label was even more surprising. In Hebrew letters, it said that this product was “Kosher for Pessach,” that is, it fulfilled the dietary rules of the Jewish Easter holiday. There was also a tassel hanging from the top, with a Star of David stamped on a lead circle.

I was surprised, as I had never seen anything like it before – a bottle of this famous drink that came from a Jewish distillery in Thessaloniki! I was not aware of a Jewish company in Thessaloniki that produced ouzo after the war.

I narrated the story to my grandmother, who of course knew of this brand, and directed me to the daughter of one of the two Bourla brothers. She confirmed that it was a product of her father’s store, and was very moved, as she had not seen such a bottle for a long time. In fact, the bottle could have been a gift from my grandfather to my aunt’s father when he visited them decades ago.

The story of this company starts in pre-war Thessaloniki, where Into Bourla owned the liquor shop bearing his first name at Athonos Square in the city center, together with his partner Simon Mordoch.

The Jews of Thessaloniki were big producers and consumers of ouzo or raki, which was known for its high quality and was enjoyed by lower and upper classes alike. A rare photo, shared by Bourla’s granddaughter, informs us that the shop would sell ouzo, cognac, liqueurs, different types of wine – such as retsina, Samos, Muscat, and kokkineli – but also vinegar.

During the German occupation of Thessaloniki, Into’s family, his father Abraham Bourla, his mother Rachel, his sister Graciela, and his younger brother David, were all deported and perished in the Auschwitz-Birkenau death camp, together with 50,000 Jews of the city. Into and his elder brother Mois managed to survive the war by fleeing from Thessaloniki and hiding in Athens, which was at the time under Italian control. Most probably, the shop was passed on to Christian custodians.

After the war was over, the two brothers returned to Thessaloniki to find that they had lost most members of their family and that all their property and belongings had been stolen or sold. They started from scratch and they opened the liquor shop again as partners under the same name, in a new location, on Victor Hugo street. They ran this successful business together until they both retired.

The history of Mois Bourla, however, does not end here. His son, Albert, who was born in Thessaloniki and trained as a veterinarian, rose in the ranks of a pharmaceutical giant to become CEO of Pfizer, the first company to release a vaccine against COVID-19 vaccine…

The bottle that led to this history and its connections has been since donated to the Jewish Museum of Thessaloniki, and all visitors can see it and learn about its history (for more information about visiting, when coronavirus restrictions allow, see www.jmth.gr).