‘At least we get to call ourselves exotic’: Growing up half Greek and half Polish in Australia Antiga (Antigone) Gogos, who is is bilingual and tricultural, reflects on her heritage as a young person of Greek, Polish and Australian heritage. Photo: Supplied

Whether it was people not being able to pronounce my name or being served some sort of bland chicken roast at my friend’s house, I always recognised a divide between mine and the culture of other Australians.

The first time I noticed this was when I began to learn Greek.

Unlike many Greek Australian peers, I had a tutor instead of going to Greek school – so my sister and I had to figure out on our own why there were six ways of writing ‘e’. Though I never got to mingle with kids at Greek school I began to understand and feel a lot closer to my heritage once I started to learn the language.

I never got that with my Polish side because Polish is far too hard to learn and Greek was already giving me a hard time.

This gradual understanding of Greek pronunciation became very irritating when my Australian friends got some ‘taziki’ instead of ‘tzatziki’. Even in maths hearing ‘γ’ be pronounced ‘gamma’ always hurts my ears.

This also made me wonder why it is that when English people try to pronounce any other language it gets butchered.

A similar thing with names. Why does everyone know how to say Olivia but not Antiga? Besides, I have already made it easier for you by simplifying my name from Antigone to Antiga. 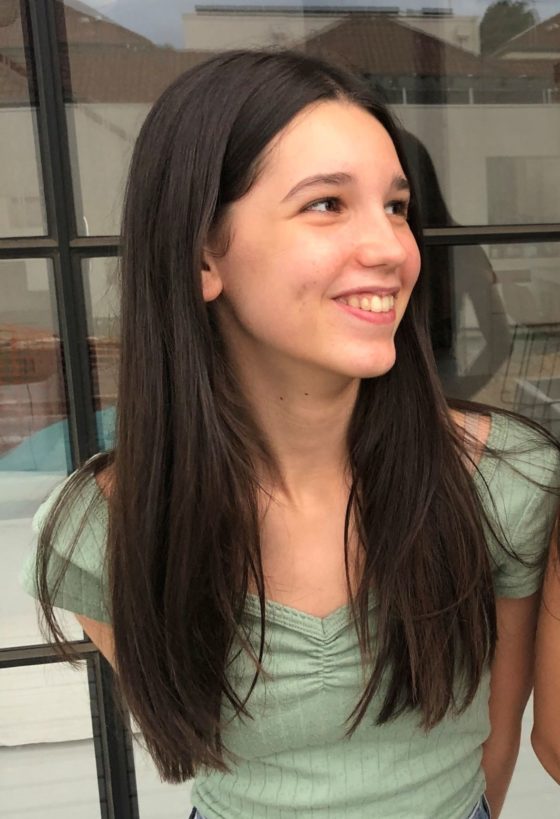 There is probably an obvious “because those anglicized names are more common” answer, but just because you have never seen the name before it doesn’t mean it’s not going to sound exactly how it is spelled.

So frequently I get called Anita because people would rather skip a couple of letters in my name to make it a name they are familiar with rather than just read out what it says.

And because of that, I always wonder when people say “that is a beautiful name” if my name really sounds beautiful to them or just different.

To me, it feels a bit like a “sorry I got your name wrong” instead of a compliment. Maybe it is just because I hear it a lot.

Over time, I noticed this having an impact on my Polish side. All this learning Greek, having a Greek name, making Greek friends has led to me feeling more Greek than Polish.

While I have gone to Greece multiple times, I’ve never been to Poland, so I have never even seen some of my family from that side or experienced the culture.

I understand that living in Melbourne – a practically Greek city – will definitely contribute to that, but I still feel guilty not knowing as much about my Polish heritage.

I mean I am half-and-half, but there is a difference between being of an ethnicity and feeling like you are part of an ethnicity. And that is when my Australian identity comes into the picture.

I have friends who identify more as Greek than Australian even though they live in Australia, but that has never been me.

I don’t feel like I have immersed myself or lived in either culture of my parents enough to truly identify as a Greek or Polish person before being Australian.

As much as I know about Greek and Polish culture I feel like living and being born there gives more insight than I know of.

But that doesn’t mean other second-generation immigrants are wrong if they do feel another way.

We have the hard task of juggling many different cultures together and defining what heritage and self-identity mean to us individually.

Since I have lived my life so far in Melbourne I would identify as an Australian first. However, I am still proud to call myself Greek and Polish too.

Yet, this can change in the future as I don’t see my identity as fractions, but more as an ever-changing spectrum.

So, if one day I want to move somewhere else, a new culture can be added to who I already identify as.

All of this is to be figured out, but at least we get to call ourselves exotic.

Antiga Gogos is an Australian teenager and high school student of Greek and Polish heritage.