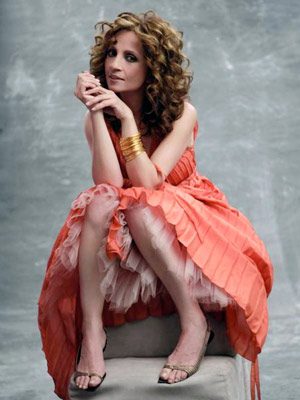 AFTER a hiatus the Greek Orthodox Community of Melbourne, Victoria on the corner of Lonsdale and Russell Streets has become a hub of activity. Creative personnel for the Antipodes Festival’s Glendi and the Film Festival have been engaged and a series of other events including lectures, theatre and music programmes are being planned.

The President of the Greek Community Bill Papastergiadis said to Neos Kosmos English Edition (NKEE) “I’m excited, but it’s not just about this year, we are taking a first step. We will recapture our former excellence.”

Mr Papastergiadis underscored Greek culture’s impact on Victorian and Australian society, “It’s an important part of the continuation of culture in Victoria; it’s only the first step to foundation of the festival again as a permanent cultural feature.”

He pointed to the investment the Greek Community will make to the festival as well as other programmes throughout the year that exceeds $200,000. “We are grateful to Victorian Government and the City of Melbourne for their support, but we are one of the few communities which also invest substantial amounts for our own cultural activities.”

Mr Papastergiadis said, “We also have the focus on the street fair but we are investing in staff, we have engaged directors for the Glendi, and the Film Festival as well commissioning an Artistic Director who is developing a program for 2010 to 2013.”

“We are providing $10,000 for a brilliant new musical production called Cafe Rebetica at the Arts Centre and contemporary singer Arvanitaki who is hosted by the Arts Centre.”

At the same time Mr Papastergiadis did underscore the need for the range of Greek communities and business leaders to become more formal in cultural and arts philanthropy, “We Greeks give a lot to charities, education and events, but our giving is ad hoc, we need to begin to develop more formal models for the benefit of Greek arts and culture.”

Joe Mavrikos the Glendi coordinator was equally enthused with the Glendi that will be held on the weekend of March 21 and 22, “We want to bring back life to the festival and Glykeria will be huge!” he said to NKEE

“We will be showcasing fashion designers, Greek Aussie DJs a plethora of dance groups, it will be as fun for all. We have locked in Vasily’s Garden and will have the regular Zorba Till You Drop! Baklavamania, live music as well as children’s programs.”

Mr Mavrikos a veteran of mega dance parties and large street events is also aware of the limited time left, “We are moving very rapidly and we’ll get there, this is the first step after no action for sometime.”

Christos Linou the Artistic Director 2010 is now planning themes and concepts and seeking project funding from various sources, “I am building on Joe’s carnival vision supporting and encouraging him to dream with me for year.”

“We are aiming towards a three year artistic programme which we begin in 2010 with the concept of the Diaspora the transference of Greeks from village to city, from city to the world – it’s about who are in terms of intangible heritage the meld of intangibility and contemporary urban global life.”

The following year I will reflect back to antiquity and how it has underpinned global western and eastern society, how Greek philosophy, art and architecture has impacted all the way to India.”

Penny Kyprianou the Film Festival director is also intent on delivering a high level of quality in the range of Greek films curated for the festival.